Survivor Steve Bothwell Shares His Reasons for Giving Back 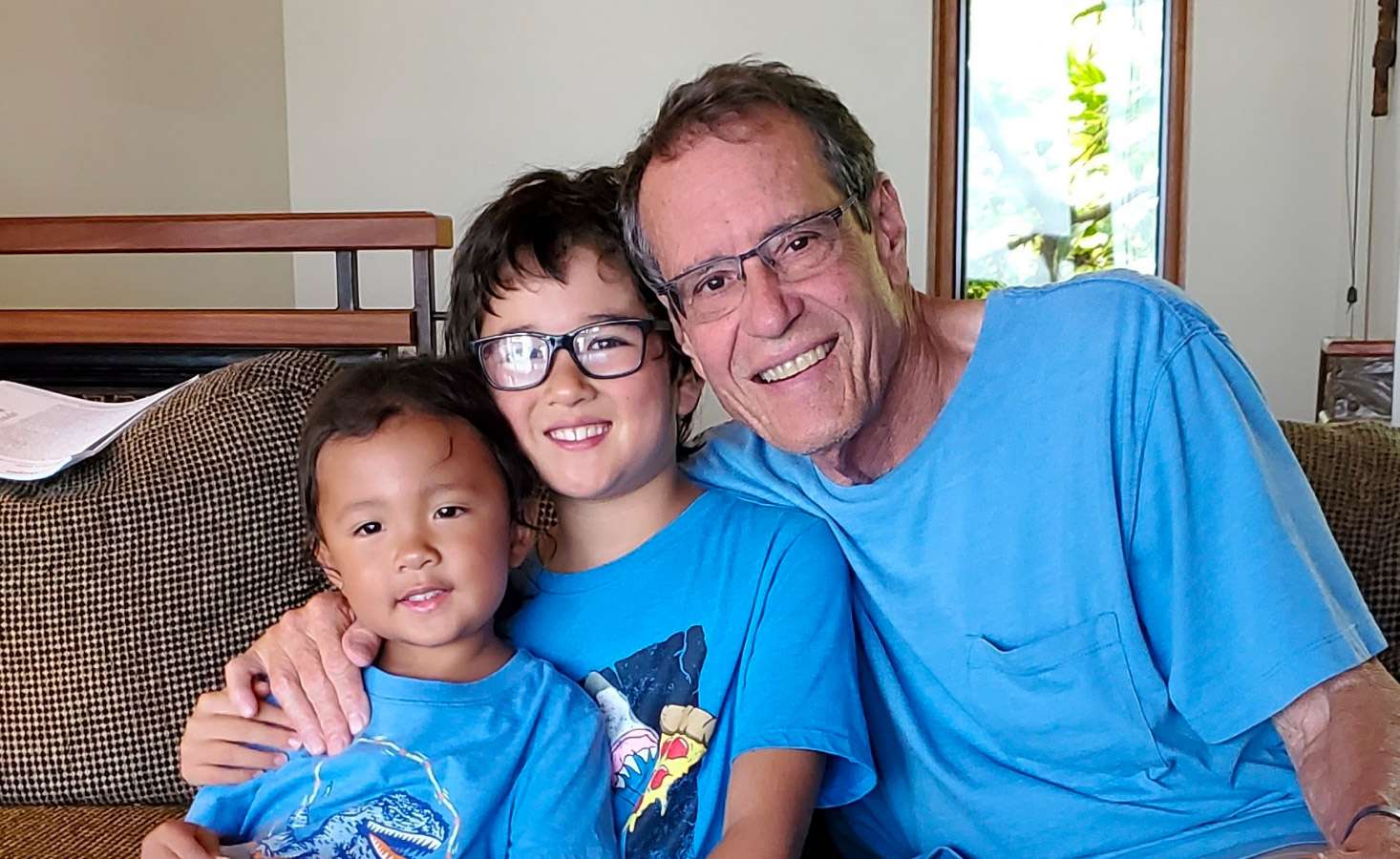 Steve Bothwell and his grandsons. Steve is leaving a gift to PanCAN in his will as part of his legacy to make a positive change for others.

Steve Bothwell was excited about a long-awaited deep-sea fishing trip with his nephew, Joe. Three days, off the coast of Southern California. Steve is an avid fisherman, but it would be Joe’s first trip.

Just before they left, Steve began to experience symptoms that led him to the internet for potential answers. What he found was concerning – the symptoms pointed to pancreatic cancer.

He forged ahead with the trip, wanting to make new memories with Joe. And they did – Joe caught five blue fin tuna, each at least 50 pounds.

“I was thrilled for him,” Steve said.

Back home, Steve hurried to find a doctor. Not wanting to waste any time in getting a diagnosis, he researched medical centers that specialized in pancreatic cancer and found UCSD Moores Cancer Center. It was close to Steve’s home in San Diego. When he explained his symptoms over the phone, they asked, “How soon can you get here?”

Thus began a series of tests, including bloodwork, a CT scan and an endoscopic biopsy, which confirmed Steve’s suspicions. It was pancreatic cancer.

Fortunately, he was a candidate for surgery to remove the tumor. But first, chemotherapy and then radiation treatments were needed. About four weeks after Steve completed radiation, he was heading into the operating room.

“It was pretty somber when I walked into surgery,” Steve said. “Dark, just a few people there – I only saw one nurse.”

Steve credits his great care at Moores Cancer Center (“They treated me like I was their only patient,” he said), along with the support he received from PanCAN Patient Services, with his positive outcome.

He recalled having lost so much weight prior to surgery that Dr. Lowy told him he needed to put on pounds before having the Whipple. PanCAN helped him, providing information on diet and nutrition for pancreatic cancer patients. He also met with a dietitian. Armed with helpful information and tips, he was able to gain 10 additional pounds and qualify for surgery.

He said he was impressed with how accessible PanCAN has always been to him.

“They’re proactive in helping patients,” Steve said. “They’re always there when you need them. While they are working hard on the research side, looking for better ways to diagnose, treat and cure the disease, they’re equally concerned for our wellbeing. They want to make patients’ lives as comfortable as possible.”

Always Looking Out for Others

In gratitude for PanCAN’s help and support, Steve is leaving a gift to the organization in his will.

“It’s very important to me to support PanCAN,” Steve said. “I’m also a very spiritual person and I believe there is a reason for everything – nothing happens by chance. I think that one of the reasons I’m alive is to do what I can to help PanCAN and others going through this disease. I feel a responsibility to show God I’m thankful to be here, and able to give back.”

Giving back was instilled in Steve from an early age. He watched his parents and grandparents give to people in need.

“My dad, in particular, was always looking out for the other person,” he said. “My family didn’t preach this or lecture me, it’s just the life they led – and I observed it. It left an impression on me.”

Steve has lost five friends to pancreatic cancer – and he lost his father to the disease many years ago, too.

Even more reason that he donates, supports his local PanCAN PurpleStride event, and shares his story of survival.

“Stewardship and taking care of your brothers and sisters is a reflection of the Christian faith,” he said. “Plus, the beauty of leaving a gift to PanCAN is that it’s an incredible legacy to leave – knowing you did something positive to make a change for others.”

Leave a gift in your will to PanCAN and create a legacy for the future while making a difference in the fight against pancreatic cancer.
Share  Tweet
More on:
You may also be interested in...