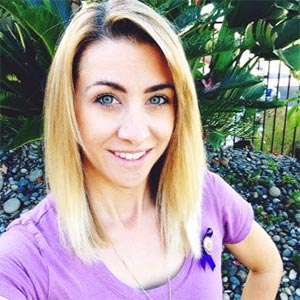 Jen Michaelson’s volunteer story began Oct. 22, 2013, when she and her husband, Nick, welcomed their first child, Tanner, into the world. Tanner was her father’s first grandchild.

“After we arrived home from the hospital, my family came over to welcome him and bring dinner,” said Michaelson, Social Media Administrator for the San Diego Affiliate. “I sensed a somber mood amongst my family members, especially with my father. Later, after dinner, my father asked me to speak with him at the kitchen table.”

Michaelson’s dad told her he had been diagnosed with pancreatic cancer.

“My heart went from an incredible high to a devastating low,” Michaelson said. “In all my years of hearing about cancer affecting families, I never thought it would have happened to mine. Wow, was I wrong! I asked him how long he knew about this illness. My father told me that he found out the results from his tests on Oct. 22, the day Tanner was born.”

Driven to take action, she registered her family for their first PurpleStride. 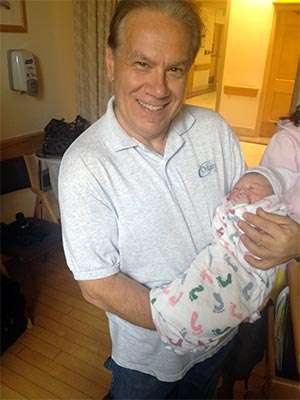 After her dad’s passing, she became more involved by attending and volunteering at PurpleStride San Diego. This year will be her family’s fourth year attending as “Captain Ron’s Crew.” Last year they were awarded the top fundraising team honor, having raised more than $14,000!

“As a volunteer, I’ve met so many incredible and inspiring new friends. The Pancreatic Cancer Action Network is a fantastic organization, and I would highly recommend anyone and everyone to become a volunteer in our purple army. To everyone in the fight against pancreatic cancer, whether you have the diagnosis or you are the support team fighting on the sidelines, I can tell you one thing that my father would want to tell you, and that is, ‘Don’t ever give up and always fight to be the success story!’”