The Pancreatic Cancer Action Network (PanCAN) Executive Team is a group of dedicated professionals, some of whom have been personally touched by the disease, who bring significant experience and expertise to leading the organization from major nonprofit and for-profit companies in the United States. The Executive Team is based in the national headquarters in Manhattan Beach, Calif., and the Government Affairs & Advocacy office in Washington, D.C. 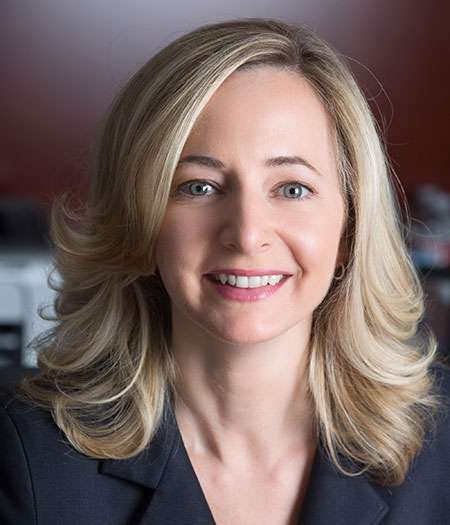 In her 21 years of leadership at PanCAN, Julie Fleshman has been a global catalyst for change in the fight against pancreatic cancer. Her commitment began after she lost her dad to the disease, just four months after his diagnosis. He was 52. Fleshman wanted to know why more wasn’t being done – why her dad and thousands of other patients were offered no treatment options and sent home to die.

The pancreatic cancer landscape back then was quite different from today. Very little was known about the disease, only a handful of researchers were studying it and the five-year survival rate was just 4%.

In 1999, Fleshman was hired as PanCAN’s first employee, became its first Executive Director in 2000 and in 2004, became President and CEO.

Under her leadership, PanCAN has grown from a staff of one with annual revenues of $228,000 to a staff of over 150 with a budget of over $40 million.

Advocacy and grassroots efforts have expanded to 57 affiliates nationwide and yielded a $160 million increase in federal funding for pancreatic cancer research.

Fleshman encourages convening of leading experts and stakeholders in the field – researchers, healthcare professionals, industry and key opinion leaders. This allows her to build a continually expanding community of hundreds of pancreatic cancer thought leaders across the country who work in concert and devote their research efforts to improving patient outcomes.

During Fleshman’s tenure, the organization has awarded 218 pancreatic cancer research grants and has a projected total research investment of approximately $149 million, including the competitive Research Grants Program and leading-edge scientific and clinical initiatives.

Her collaborative leadership style enabled the organization to launch ground-breaking initiatives like PanCAN’s Precision PromiseSM – a clinical trials platform designed to accelerate new treatment options for pancreatic cancer patients. In 2021, PanCAN launched the Early Detection Initiative, the largest prospective clinical trial of its kind, to create an early detection strategy for the disease.

Fleshman is sought after as an expert by the national media including The New York Times, CNN, PBS, Headline News, CBS News and ABC News, as well as local press throughout the country. Fleshman addresses diverse stakeholder groups including industry, patients, scientists, donors and volunteers and she is often on Capitol Hill meeting with members of Congress about the importance of the federal investment in pancreatic cancer research.

Fleshman has been honored for her leadership and dedication in the fight against pancreatic cancer by many organizations. In 2021, she was named Los Angeles Business Journal’s Nonprofit Executive of the Year. She serves on the boards of several cancer care and research committees and organizations. She recently served as a National Cancer Research Advocate for the National Cancer Institute (NCI), providing advice to the NCI Director with respect to promoting research outcomes that are in the best interest of cancer patients. She is currently a member of Clearity’s Board of Directors, a patient advocacy organization for ovarian cancer patients.

In addition, Fleshman is the Chair of the World Pancreatic Cancer Coalition, an international group of pancreatic cancer patient advocacy groups with a mission to drive transformational change for all those affected by the disease. PanCAN is a founding member of the Coalition, which includes more than 99 pancreatic cancer organizations representing 36 countries on six continents. 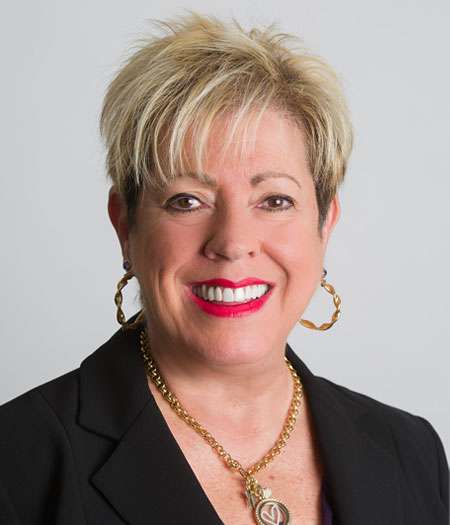 In 1996, Pamela Acosta Marquardt lost her mother to pancreatic cancer following a six-month battle. After discovering there was no organization that dealt with pancreatic cancer, Marquardt became determined to do something to ensure that patients and families had a place to turn to for information, resources and hope.

In November 1998, she produced the An Evening with the Stars gala in Beverly Hills, by rallying and bringing together celebrity families who had lost loved ones to the disease. The gala was the first-ever major fundraising event for pancreatic cancer. Event proceeds funded the first early detection lab for pancreatic cancer at The Johns Hopkins Hospital in Baltimore. In February 1999, she founded the Pancreatic Cancer Action Network with the goal of it becoming a beacon of hope for those touched by the disease.

Marquardt served on the board of directors of the Pancreatic Cancer Action Network prior to joining its staff full time in 2007. A devoted advocate and tenacious leader within the pancreatic cancer community, she is also a highly regarded public speaker, regularly addressing the organization’s mission and its goal of creating a brighter future for pancreatic cancer patients.

Previously, Marquardt was Executive Director of the American Heart Association in the Inland Empire area of Southern California, where she oversaw fundraising and development. She also served in a vice president capacity in various industries, including industrial metal recycling, where she developed marketing strategies and operational systems for a leading scrap metal company, and in fashion, where she oversaw private-label management and design, as well as site procurement and store design. 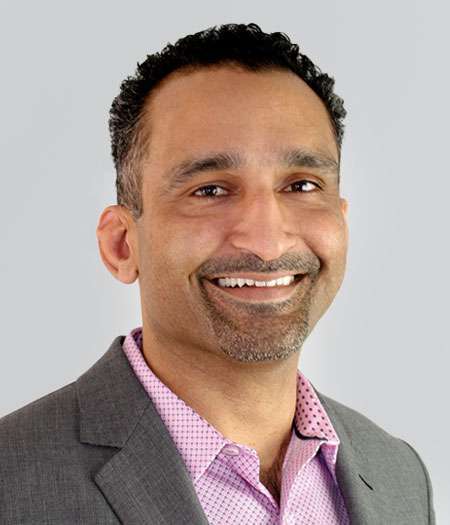 Doss previously worked as director of the precision medicine practice for PricewaterhouseCoopers (PwC). For more than a decade, he led PwC consulting engagements to develop and execute precision medicine strategies for stakeholders across the healthcare ecosystem. Doss’ educational background in science – specifically genomics and bioinformatics – and his professional experience in strategic and operational initiatives in precision medicine, make him a natural fit with PanCAN’s multitude of innovative scientific and clinical programs.

Doss is a graduate of the University of California, Los Angeles, where he received a PhD in human genetics and bioinformatics and a bachelor’s degree in microbiology and molecular genetics. 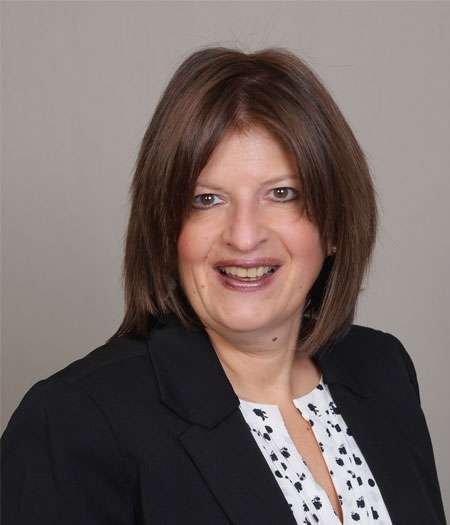 As Chief Financial Officer, Anat Kendal is responsible for PanCAN’s financial strategy, including oversight of all accounting and finance functions. Kendal acts as the liaison with the CEO and the Board of Directors on all financial matters and serves as the staff liaison to the audit and investment committee.

Kendal joins PanCAN from the Anti-Defamation League (ADL) in New York City, where she held the position of Senior Vice President, Finance and Administration. In her role at ADL, she handled finance, in addition to real estate, technology and administration.

Before her work at the ADL, she spent 10 years at the American Heart Association where she served as Senior Vice President of Business Operations and CFO for the Northeast region. Prior to that, her professional experiences include positions at Merrill Lynch, the nonprofit American Institute of Certified Public Accountants and PriceWaterhouseCoopers.

She holds a BA in Accounting and French from Rutgers, the State University of New Jersey, and a MA in Taxation from Seton Hall University. She is a licensed CPA and holds Project Management and Certified Financial Planning certifications. 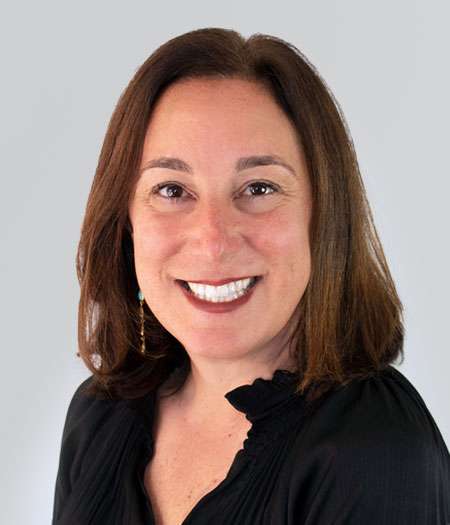 As Chief Marketing Officer for the Pancreatic Cancer Action Network, Jodi Lipe oversees marketing and communications strategies across the organization, including raising awareness and visibility about pancreatic cancer, elevating the organization’s role as the leader in the pancreatic cancer field, and ensuring a robust and diverse pipeline of constituents.

Lipe has a broad marketing and communications background in both the for-profit and nonprofit sectors. She has a proven track record in brand building, public relations, communications, revenue growth, partnership marketing and results-driven operational excellence, which is crucial for the organization’s goal to improve patient outcomes.

Previously, Lipe held executive marketing and leadership roles, both as a consultant and on staff, for a variety of high-profile entertainment, tech and nonprofit businesses including MGM, the Jewish Community Center of San Francisco, POPSUGAR, Cisco, Current TV and the Cartoon Network.

Lipe earned a BS degree from New Hampshire College and has received several awards throughout her marketing career, including a Bronze and Silver ADDY award. 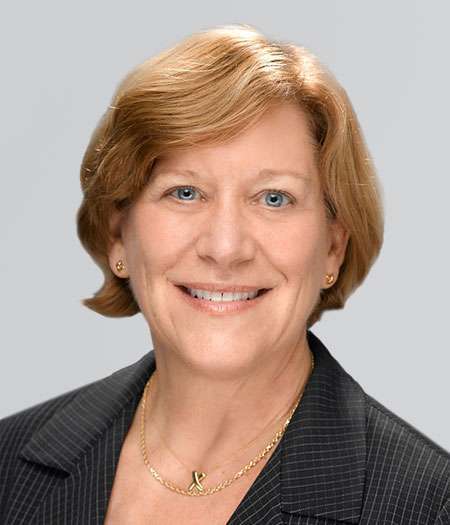 As Chief Science Officer, Lynn Matrisian brings extensive experience and passion for cancer research, combined with business training, to provide strategic direction for the scientific aspects of the initiatives and activities within the Scientific & Medical Affairs team toward the goal of improving outcomes for those facing pancreatic cancer.

Prior to joining the Pancreatic Cancer Action Network, Matrisian put her scientific training to work for 25 years leading a research laboratory dedicated to understanding cancer metastasis. She has published more than 250 original scientific articles and trained more than 30 young scientists who have gone on to join the fight against cancer in the academic, biotechnology, pharmaceutical, government and nonprofit sectors.

Matrisian was the founding chair of the department of cancer biology in the School of Medicine at Vanderbilt University, the president of the American Association for Cancer Research (AACR) and a special assistant to the director of the National Cancer Institute at the National Institutes of Health. She was elected to the AACR Academy, which recognizes and honors distinguished scientists whose major scientific contributions have propelled significant innovation and progress against cancer.

Matrisian received a PhD in molecular biology from the University of Arizona and an MBA from the Owen Graduate School of Management at Vanderbilt University. 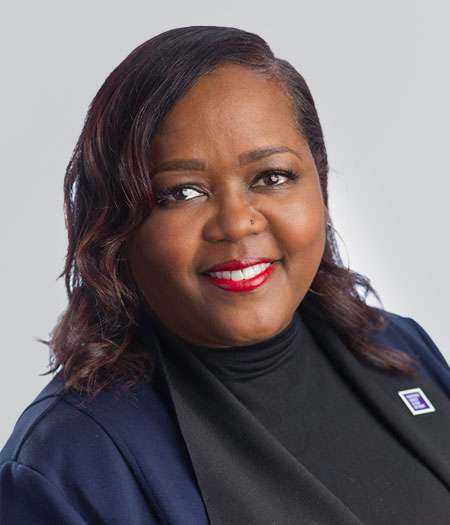 As Chief People Officer, Edwina Mossett is responsible for leading the strategy, development and execution of all human resources programs and people initiatives for the Pancreatic Cancer Action Network.

Mossett is a seasoned human resources professional with more than 20 years of executive leadership experience in fast-growing, high-energy, creative and emerging industries. Her specialty is building and scaling world-class cultures and organizations. She most recently served as Vice President, People Business Partner at Beachbody, LLC. Her background also includes several years as Senior Vice President of Human Capital at Spectrum Athletic Clubs, as well as Vice President of Human Resources & Administration for Applied Minds and Virgin Records America. 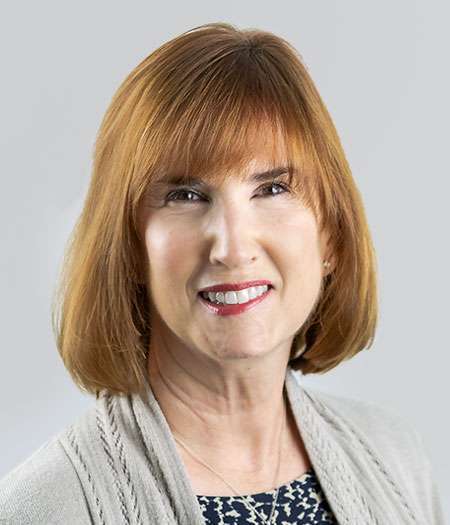 She brings extensive nonprofit and corporate sales experience to the role, along with a successful track record in revenue growth, strategic planning, team management and special event execution.

Most recently Lori served as Senior Vice President for the Western States Affiliate of the American Heart Association, where she was responsible for Division revenue and mission impact in alignment with both affiliate and national goals and priorities.

Stevens also served as Vice President, Field Operations of the Western Division for the American Diabetes Association (ADA) for eight years, driving $33 million in revenue. Throughout her 20-year tenure with ADA, she held progressive roles from Regional Corporate Development Director to Senior Executive Director. Stevens holds a BS in business administration from the University of Southern California.