Home About the Pancreatic Cancer Action Network Pancreas Matters email newsletter archive Dallas Cowboys Cheerleaders Director Instilled Confidence and a Strong Sense of Self in Hundreds of Women; Now, In the Face of a Pancreatic Cancer Diagnosis, It’s Another Woman’s Turn To Give Back 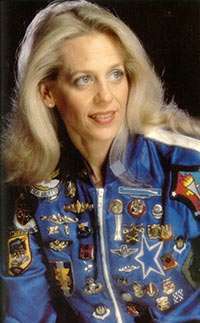 Suzanne Mitchell served for 14 years as the first director of the Dallas Cowboys Cheerleaders.

It was 1980, and 19-year-old Toni Washington was getting ready for an audition. She was a little naïve — and a lot nervous — as she mentally rehearsed her performance. She knew a good opportunity was in front of her, but she hadn’t thought much beyond that. She certainly hadn’t realized that stepping out of her comfort zone at the audition could mean stepping into a life-changing next chapter with travel around the globe, brushes with celebrities and dignitaries, experience in front of television and movie cameras, and a whole new world of open doors.

Washington made the cut, and from that day on, she was a part of the world-renowned Dallas Cowboys Cheerleaders. Her life was forever changed.

That day also marked the beginning of an extraordinary bond between Washington and Suzanne Mitchell, the determined, devoted and dynamic woman who was in the early days of her 14-year tenure as the first-ever director of the Dallas Cowboys Cheerleaders. Meeting Mitchell, who today is revered for taking the Dallas Cowboys Cheerleaders brand to the next level, was also a game-changer for Washington. The two have been very close since.

“From day one, I saw that Suzanne was a force to be reckoned with,” Washington said. “She took charge during a time when not many women did. In fact, she is still very much in charge. I admire and respect her strength and grit today more than ever.”

Mitchell, now 70, was diagnosed with pancreatic cancer in July 2013 and opted not to have treatment beyond the Whipple surgery she had in August. Instead, she said she is fighting the disease on her own terms and is enjoying each moment of every day — working at her church, traveling, reading, spending time with friends and doing many of the things she never had time to do until now.

“My career with the Dallas Cowboys Cheerleaders took me on an incredible journey that I never could have envisioned,” Mitchell said. “I’m on a new path now, but once again I have faith that it’s the right path for me at this point in my life.”

Mitchell has always had faith. She said her parents instilled in her that she could do anything she wanted to do.

She is credited with putting the Dallas Cowboys Cheerleaders on the national and international map, carefully, thoughtfully and strategically. Much image-shaping was involved in the early years of the group’s growing popularity, as they were beginning to draw more and more attention both on the football field and in television living rooms. Mitchell worked to craft a professional, polished, respected and highly sought-after team. Along with her equally dedicated and driven support staff, she managed practices and auditions, burgeoning appearance schedules and demanding travel schedules, and perhaps most importantly, always tried to set a good example.

Washington said Mitchell is known among alumni for imparting life lessons and much more.

“Suzanne turned me into a lady,” she said. “My mother raised me until I was 18, and she helped shape the person I am today. Suzanne was my second mother. She taught me etiquette, poise and how to handle myself in the national spotlight. Suzanne was my finishing school.”

Mitchell said she always felt it was her responsibility to show the cheerleaders how to navigate their newfound fame on the national stage because the seeming overnight stardom of “America’s Sweethearts” was largely her doing. But it hadn’t been her intent; the position with the Dallas Cowboys Cheerleaders hadn’t been on her radar. However, she had made a good impression on Cowboys General Manager Tex Schramm during her time as his assistant, and he hadn’t forgotten their very first encounter.

“I was interviewing for a job with the Cowboys Football Club in 1975, and Tex asked me where I wanted to be in five years. I replied, ‘Your chair looks pretty comfortable.’

“Tex roared with laughter, reached his hand across his desk to shake mine, and said, ‘You’re hired!’”

The following year, out of the clear blue, Schramm asked Mitchell to oversee the cheerleaders in her “spare time” after the 1976 Super Bowl.

“I was totally stunned,” she said. “I didn’t have time to think about what to do, so I just jumped in and got started, and before long, managing the cheerleaders was a full-time job, and I was appointed director. I was only 32, not much older than the cheerleaders. But my age helped in many ways, because I understood where they were coming from. I helped them mature, and they certainly did the same for me.”

The circle of giving continues.

After the diagnosis, Mitchell was flooded with an outpouring of support — some 500 cards landed in her mailbox, and she received so many flowers after her surgery that the hospital had to start turning them away. She said she had no idea how many lives she had touched.

“Girls I hadn’t seen in 30 years were coming by to visit, calling. I was overwhelmed by all the love. We’re all connected in this tapestry of life, and when something tragic happens, there’s also a magic that happens that draws us all back together. Now we can all work together once again for the greater good.”

Many of her fans are doing just that.

A reception was held in Dallas this past spring to honor Mitchell and call attention to pancreatic cancer. Local philanthropist Faye Briggs hosted the gathering, sharing that her late husband had also battled the disease and that she was happy to open her home to friends of Mitchell for the purpose of raising awareness and funds. The reception was a kickoff for fundraising efforts benefiting PurpleStride DFW, a Pancreatic Cancer Action Network signature event set for November 8, 2014, at Klyde Warren Park in Dallas. It was Washington who started The Suzanne Team to rally friends, family, former cheerleaders and others looking to pay tribute to Mitchell. The Suzanne Team has set a bold goal: They hope to raise $100,000 for the event.

Washington also sprang into action on another effort to raise money for the fight against the disease. She designed a genuine amethyst bracelet called “The Suzanne,” and she donates $18 of every bracelet sold at www.michaelandgabrieldesigns.com to the Pancreatic Cancer Action Network.

The Suzanne for Pancreatic Cancer Bracelet

“The purpose is, of course, to raise money, but I also wanted to draw attention to pancreatic cancer through the bracelet and use it to start a conversation about the disease,” Washington said.

She also makes and sells bracelets benefiting a variety of other causes.

“Suzanne always taught us that it wasn’t just about what happened to us, but rather, what happened through us that had the power to impact other people. I have kept that in mind all these years, and that’s why I created ‘The Suzanne’ bracelets.”

Mitchell said she is proud of Washington and grateful for the efforts she is making on her behalf and on behalf of all those affected by the disease.

She added that she, too, feels fortunate to have the opportunity to shine a spotlight on pancreatic cancer.

“I believe that my diagnosis happened for a reason. My life has been extraordinary, exciting and so outrageous that at times it hasn’t seemed real. If the life I’ve led can be used to create awareness for the disease, wonderful. This is a perfect example of something happening through me.

“Truly, could I be more blessed?”

If you are interested in supporting The Suzanne Team, PurpleStride DFW or a PurpleStride in your community, please visit www.purplestride.org for more information.