For the first time, the Pancreatic Cancer Action Network has received funding for two key Research Acceleration Network (RAN) Grants from forward-thinking private donors. Funded at $1 million each, these grants are critical to hastening progress toward the 2020 goal of doubling pancreatic cancer survival. They are awarded for clinical research focused on improving detection or treatment options for patients, and they enable talented scientists from different institutions to share their best thinking.

The two generous contributions were made in memory of much-loved family members, unique individuals who made a major impact in their respective fields: Skip Viragh and Ruth Fredman Cernea. 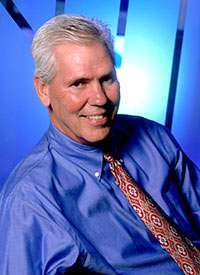 Skip Viragh, who died of pancreatic cancer in 2003 at the age of 62, was a bold entrepreneur and dedicated philanthropist. At the age of 44, after his distribution business failed, Skip began a new chapter by starting a career in the financial services industry. In 1993, at the age of 51, he founded an investment firm (Rydex Investments) that grew to more than $10 billion in assets under management. Credited with essentially reshaping the financial services industry by giving individual investors the opportunity to make institutional-level investments, Skip was recognized in the May 2010 issue of Investor Advisor magazine as one of the 30 most influential people in financial services over the previous 30 years. Perhaps the most telling part of Skip’s legacy has been his commitment to philanthropy, which has included medical research, education and charities that assist families and children. In 2009, he was posthumously named one of America’s top donors by The Chronicle of Philanthropy.

The RAN Grant in memory of Skip Viragh supports the work of Giulio Draetta, MD, PhD, of M.D. Anderson Cancer Center, and his research collaborator, Lewis Cantley, PhD, of Weill Cornell Medical College. They are jointly investigating how to block the unusual method by which pancreatic cancer cells break down sugar as a way to inhibit cancer growth and progression.

This is the second $1 million RAN Grant that has been made in memory of Skip Viragh. In addition, more than $1.2 million in Career Development Awards and other grants has been funded in his name, for a total of over $3.2 million in grants since 2004. 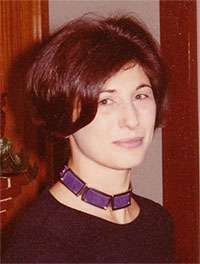 Ruth Fredman Cernea died of pancreatic cancer at the age of 74, in 2009. A cultural anthropologist with a doctorate in her field, Ruth concentrated her research and writing on analyzing Jewish culture and symbols. She was a published author, served as director for publications and research at the national headquarters of the Hillel Foundation and was a former president of the Washington Association of Professional Anthropologists. She lectured at a number of universities and institutions. Ruth’s wonderful sense of humor infiltrated her professional pursuits: In 2006, she published The Great Latke-Hamantash Debate, a collection of “erudite” presentations from an annual mock debate at the University of Chicago that pitted renowned scholars, university presidents and Nobel laureates against one another in staunch defense of either the savory latke or the sweet hamantash as the best kosher holiday cuisine. A world traveler, she visited some 65 different countries in her lifetime, yet she always found time to give back to her community.

The research funded by the RAN Grant in memory of Ruth Fredman Cernea is being conducted by Dung Le, MD, from Johns Hopkins University, and her collaborator, Todd Crocenzi, MD, from Providence Portland Medical Center. Their work focuses on the potential of immunotherapy to treat metastatic pancreatic cancer.

Since 2009, the Fredman family has supported Pancreatic Cancer Action Network research grants with a total of over $1.2 million, including a Fellowship and an Innovative Grant in addition to this year’s RAN Grant.