Home About the Pancreatic Cancer Action Network Pancreas Matters email newsletter archive YES TO SURVIVAL, YES TO HOPE: HOW A 16-YEAR PANCREATIC CANCER SURVIVOR PUT HERSELF FIRST AS SHE FACED DOWN HER DISEASE 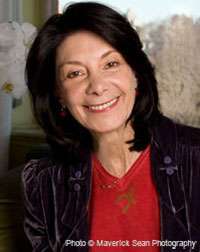 Sixteen years ago, when Marisa Harris was told that she had incurable stage IV pancreatic cancer and only six to nine months to live, she had one word for the doctor who told her that: no.

“In my family,” Harris said, “doctors were close to gods, and not to be questioned. But we also believed in the power of a strong will to live, and I decided right away that the doctor’s dire predictions were unacceptable to me, that I wanted a physician who would say ‘yes’ to the possibility of my survival, to hope.”

Before her diagnosis, Harris had been a human resources executive for a Fortune 500 company and had helped underperforming companies become #1 in their industry. She’d also raised a family. She’d spent many years devoting her energies to helping other people and organizations meet their most deeply desired goals and enhance their approach to living their lives or doing business.

Now it was time for Harris to apply her considerable skill and experience in charting a course for others to her own situation.

“I decided to treat my cancer with the same passion and all-in approach I’d brought to my work with companies,” Harris said. “I knew that the odds were against me, but I decided to focus on examples of ‘miraculous’ survival. I made staying alive my #1 priority.”

With herself as the center of her life, Harris started her search for the right oncologist. She found one who told her, “There is so much you can do. Miracles happen every day.” Unlike the first doctor she saw, this one didn’t offer to buy her time; he offered her hope and a course of action.

So instead of getting her affairs in order, Harris took a leave from work, underwent genetic testing – her mother, father, sister, aunts, uncles and both grandmothers had died of cancer – and embarked on a course of strong chemotherapy. Through the genetic testing, Harris found out that she did have a familial genetic mutation and received a treatment now known to be particularly effective in tumors with this type of alteration.

But that’s not all she did. She complemented her medical treatment with other practices such as healthful eating, exercise, acupuncture, stress reduction and participation in a support group for cancer patients and survivors that her doctor conducted. Most importantly, she stayed unrelentingly positive and continually sought out happiness, “the most important medicine in the world,” she believes.

“When I was in the chemo chair, I visualized myself getting well,” said Harris. “And for the first time, I gave myself permission to put myself first and to really live a life that I loved. Bottom line, I worked hard to do whatever it took to regain my health.” 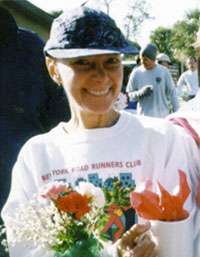 Two weeks after she finished chemotherapy, she placed first in her age group in a four-mile race.

Today, Harris is both a life coach and a cancer coach dedicated to helping patients take charge of their health and prioritize their recovery. She gives people the tools they need to live the life they want as they undertake their cancer journey. A sought-after speaker, she’s been featured in newspapers and magazines and made television appearances as well.

“Now I’m teaching others to do what I did,” said Harris, “to make themselves the center of their lives as they face their cancer diagnosis with strength, faith and, yes, love.”

In January, Harris visited the Manhattan Beach office of the Pancreatic Cancer Action Network and shared her story with the staff. She inspired her audience, and they inspired her by explaining how the organization’s PanCAN Patient Services team helps people fight pancreatic cancer. Case Managers talk one-to-one with patients and caregivers about such topics as diet and nutrition, questions to ask the oncologist, and treatment options, including clinical trials drawn from the nation’s most comprehensive database of pancreatic cancer clinical trials – all at no charge.

Harris’s reaction: “I hope that 100 percent of people diagnosed with pancreatic cancer make their first call a call to the Pancreatic Cancer Action Network.”

Have you or a loved one been diagnosed with pancreatic cancer? Contact us now at patientservices@pancan.org or 877-272-6226.