A Message from the President and CEO:

Our guest columnist this month is Steven Leach, MD. Dr. Leach is the director of the new David M. Rubenstein Center for Pancreatic Cancer Research at Memorial Sloan-Kettering Cancer Center in New York City, as well as an attending physician there. Prior to this, he was the Paul K. Neumann Professor in Pancreatic Cancer at Johns Hopkins. Dr. Leach is a member of the Pancreatic Cancer Action Network’s Scientific and Medical Advisory Board (SMAB) and is serving as chair of the newly formed Research Committee within the SMAB. He was also just named the chair-elect for the SMAB and will take over the chair position in July 2015. We are extremely grateful for his expert guidance in helping to shape our Research Grants Program and other critical initiatives. 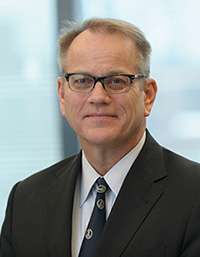 It has been almost 20 years since I made the decision to devote my career to pancreatic cancer research and treatment, and just over a year since I became a scientific and medical advisor to the Pancreatic Cancer Action Network. I’m very much looking forward to serving as chair of the Scientific and Medical Advisory Board starting in July 2015.

I’ve often been struck by the collegiality and sense of teamwork among the community of scientists and clinicians dedicated to pancreatic cancer, and it has been extremely rewarding to see how this sense of teamwork has accelerated the pace of scientific discovery in our field. In my view, the Pancreatic Cancer Action Network has played a critical role in fostering this spirit of alliance through its Community for Progress.

Now is when we lay the groundwork for further strengthening our research community with the launch of our 2015 Grants Program. This year, the Pancreatic Cancer Action Network is offering a strong, diverse portfolio of funding opportunities. To hasten our progress in achieving the goal of doubling pancreatic cancer survival by 2020, the portfolio is weighted more heavily toward funding translational and clinical research that could directly benefit patients in the near future.

The time is right to make this shift – important research already underway within the pancreatic cancer field is poised for next steps, and with additional resources, its pace can be further accelerated, and the results can be tested in patients in the short term. The $1 million Research Acceleration Network (RAN) Grant that was added to the Pancreatic Cancer Action Network’s grant portfolio in 2013 allows us to directly support clinical trials to identify and test treatments and diagnostic tools that impact patient outcomes.

I am also proud of the unique role that the Pancreatic Cancer Action Network has played in building a highly productive pipeline for developing and promoting the careers of young pancreatic cancer researchers. Our early-career funding opportunities allow us to support basic research that builds our understanding of the disease and creates the foundation for future early detection and treatment strategies. Moreover, these career development grants help build the infrastructure of the scientific community by cultivating the future generation of leaders in the field. I have personally witnessed this important evolution: Two of my former postdoctoral fellows who received grants from the Pancreatic Cancer Action Network have moved on to independent faculty positions at prestigious research institutions and are committing their careers to studying this disease.

I am very excited about the partnership that the Pancreatic Cancer Action Network and the National Cancer Institute (NCI) Frederick National Laboratory for Cancer Research have established to offer a new KRAS Fellowship that will support research aligned to the NCI’s RAS Program. The postdoctoral or clinical research fellow who receives this award will be funded to research an area with high scientific priority for pancreatic cancer and will also have exciting and meaningful opportunities to become integrated in the research community. This award is an example of the powerful potential that collaborations among organizations can have in meeting common goals.

Today, I myself am as driven to defeat pancreatic cancer as I was when I first made the decision to focus on this terrible disease. During my general surgical oncology training and years in the operating room, I was continuously inspired by the bravery displayed by pancreatic cancer patients facing a very difficult surgery and a very serious diagnosis.

One particular patient made an indelible impression on me: a man with locally advanced pancreatic cancer initially deemed ineligible for surgery, whom I treated at Vanderbilt University. He was the first to enroll in a novel clinical chemoradiation trial in the hope of shrinking his tumor to a size where it could be surgically removed. What courage it took for him to take that step, as sick as he was already, and with no guarantee of success! He did become eligible for surgery and, five years later, he walked two daughters down the aisle at their weddings. At one of my last visits with him, I told him that his courage had motivated me to step up my commitment to pancreatic cancer research by accepting a research professorship at Johns Hopkins. He lit up, his eyes glowing with hope, not for himself, but for others, for a future with a cure for pancreatic cancer.

Please know your support of this organization is critical to our unremitting pursuit of doubling survival from pancreatic disease by 2020. Thank you for joining me in this fight!

With deep appreciation and much hope,