First you had to earn his trust.

But once you did, you were a friend of Skip Viragh’s. He valued relationships – with his close-knit family, his longtime comrades from high school and college, his employees, which he referred to as his “associates,” and his friends. 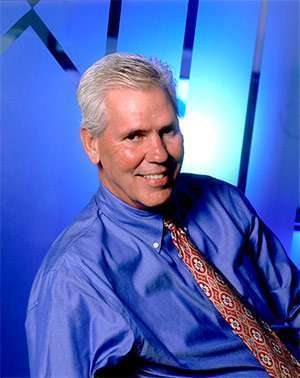 Equally important was a commitment to causes he found meaningful. It was certainly part of the fabric of Rydex Funds, the Maryland investment firm he founded in 1993 and grew to more than $9 billion in assets. He encouraged his associates to donate time to good causes, and his company supported local charities.

Skip passed away of pancreatic cancer in 2003 at 62 years old. In 2015 a $15 million gift to the Pancreatic Cancer Action Network (PanCAN) was made to honor his memory. This significant gift kicked-off the organization’s goal to raise $200 million by 2020 and provided new opportunities for innovative programs in pancreatic cancer research. Skip’s legacy bolstered PanCAN’s ability to launch new research and clinical initiatives, including Know Your Tumor®, which have led to expanded scientific learnings.

On Jan. 16, 2018, a second transformational gift in tribute to Skip – this one for $25 million – was announced by PanCAN. This gift is the largest in PanCAN history and will provide support for several groundbreaking initiatives that focus on an early detection strategy and creating better treatment options for patients.

The firstborn of five Viragh children, Skip was a risk-taker – entrepreneurial, driven, a bit contrarian. He had a healthy independent streak.

His family remembers him as a natural leader who had a way of bringing out the best in people and inspiring those around him to aim high. From his days as co-captain of his high school basketball team in St. Louis, to his time at the helm of Rydex, teamwork was important.

“Titles didn’t mean a lot,” one family member recalled. “Team was the emphasis – at work it was an ‘all hands on deck’ mentality, and he answered customer phone calls just like everyone else. Skip was highly motivated; people wanted to follow him. He set the bar high for people but he was also always reaching for that same bar.”

Skip was known as an innovator. In fact, many in the industry credited him as a pioneer in mutual fund investments, and before his death, the trade publication Investment News listed him as one of the 25 most influential people in the industry.

So it is fitting that now, nearly 15 years after his death, his commitment to innovation and worthy causes remains steadfast. Thanks to this latest $25 million gift, his legacy continues to stimulate innovation and change. This transformational gift will accelerate PanCAN’s mission to expedite progress toward improving patient outcomes, including Precision PromiseSM, the first adaptive platform for pancreatic cancer clinical trials; early detection efforts; Know Your Tumor; patient services; and research.

This leading-edge work would not be possible without an extraordinary vision – something Skip exhibited every day during his lifetime. PanCAN is extremely proud and honored to carry on his legacy.

Skip’s family said he would be pleased that an organization like PanCAN – driven, not risk-averse, pioneering change – is benefiting from his investment. But like a true leader and true to his personality, they said Skip would be setting the bar high and then pushing for more.