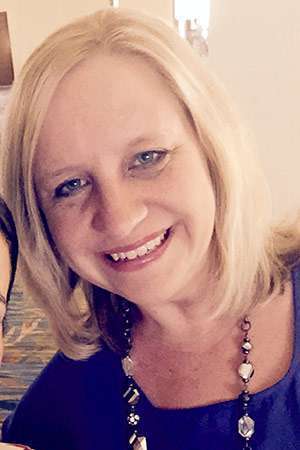 Kristen joined the fight after her brother, Craig, only 32 years old, was diagnosed with pancreatic cancer.

“After my brother’s diagnosis, we immediately took action by researching the disease. Craig found out about the organization through an online search and found that the Louisville, Ky., area was starting up a volunteer group. I wanted to support him and others who have been affected by this disease by raising awareness and advocacy.”

After being an engaged and active general volunteer, Kristen took the step to becoming more involved by accepting a Community Advocate leadership position when the opportunity became available.

“I wanted to take on a leadership role to be more engaged,” she said. “I was heavily involved as a general volunteer throughout my brother’s 17-month journey with the disease, helping out our leadership in any way that I could. It felt good to be fighting alongside my brother for real change. When the Community Advocate role became open in my city I jumped at the chance to continue what I had started with my brother.

“I have been able to move into the Affiliate Chair position as we were invited by the national office to become an affiliate. I can’t tell you how exciting it has been to watch our volunteer base continue to grow with so much support in our community.  We are looking forward to our first PurpleStride in Louisville in August of 2016. This exciting event will be happening because of the dedication and passion of all of our Affiliate core roles and volunteers.”