Mary Olson discusses the benefits of PanCAN Patient Services, diet and nutrition resources, and seeing a dietitian during and after treatment 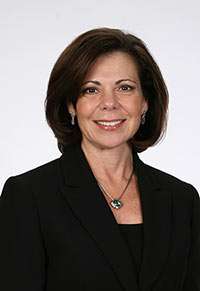 Mary Olson took control after her pancreatic cancer diagnosis by contacting PanCAN Patient Services and learning more about how diet and nutrition impacts her day-to-day life.

Mary Olson, an avid longtime runner from Prior Lake, Minn., was the picture of perfect health – until she received a pancreatic cancer diagnosis last April.

Told by two different doctors to put her affairs in order and to try to enjoy the months she had left to live, Olson refused to accept this prognosis.

Instead, she took control.

Through her own research, she found a surgeon in Chicago who was willing to try an aggressive treatment, and after 12 weeks of chemotherapy and five weeks of radiation, she underwent a successful surgery to have the tumor removed.

Her surgeon’s office originally referred her to the Pancreatic Cancer Action Network, which they deemed the only reliable organization to get information on her disease. This past January, when doctors found a rare second tumor, she visited pancan.org and scheduled a call with PanCAN Patient Services to learn more about her options.

In addition to connecting Olson with our organization’s Survivor and Caregiver Network, so that she could speak with other pancreatic cancer survivors who had had a similar recurrence, the PanCAN Patient Services Case Manager with whom Olson spoke mailed her a copy of our “Diet and Nutrition” booklet after Olson mentioned on the phone that she didn’t have an appetite.

The booklet presents ways to stimulate appetite, among many other topics.

“I read that booklet cover to cover – three times!” Olson said. “I thought to myself, ‘My diet is one more thing that I CAN control.’”

Her PanCAN Patient Services Case Manager also encouraged her to get a referral from her doctor to a registered dietitian, and she did. Her dietitian encouraged her to introduce more healthy fats, such as olive oil and nuts, into her diet in order to gain weight.

Prior to receiving nutritional guidance, Olson said she had been trying to eat the right foods but didn’t realize that she was eating things that were harmful and not consuming things that were helpful. She applied learnings from the booklet and her dietitian, such as:

Today, two months after her initial contact with PanCAN Patient Services, she still references the “Diet and Nutrition” booklet when she has questions.

“I have followed the dietary recommendations from the booklet, and from my dietitian, to the letter, and I feel fantastic. I’m back running again!”

Even still, Olson said she doesn’t hesitate to contact PanCAN Patient Services when she needs support and additional resources.

“Having an advocate at the Pancreatic Cancer Action Network has meant so much to me,” she said. “My PanCAN Patient Services Case Manager has become one of the most important people on my support team. She has motivated me in more ways than I can count. I simply don’t know what I would have done without her.

“And I have an A-team of doctors,” she continued. “They told me that good nutrition, lots of exercise and a positive attitude would make an enormous difference. I listened and took this advice to heart.

“With pancreatic cancer, there’s so much you can’t control. But nutrition, exercise and a good attitude – those are things I can do something about.”