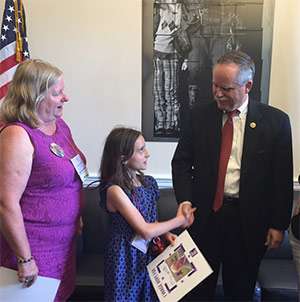 Like mother, like daughter: Annette and Stephanie Santilli meet with Rep. David McKinley of West Virginia in his office in Washington, D.C. during Advocacy Day.

A strong message for more federal pancreatic cancer research funding was heard on June 26, 2014, by the entire U.S. House of Representatives. This message came from 10-year-old Stephanie Santilli of Philippi, W.Va.

Stephanie’s interest in advocating for a cause she believes in started with her mother, Annette Fetty-Santilli, who for years has shared her passion for advocacy on Capitol Hill with her young daughter. When Annette lost her brother Jim to pancreatic cancer in 2007, she decided to dedicate her volunteer efforts to advocacy, hoping to increase federal research funding.

“I thrive on developing relationships with legislators and their staff members and enjoy educating them about important issues at the local, state and federal level,” Annette said.

Annette has been attending Advocacy Day since 2008, and Stephanie attended in 2012, 2014 and 2015. Both have met several lawmakers at Advocacy Day, but they have a special connection with U.S. Rep. David McKinley (R-W.Va.).

“I’ve known Rep. McKinley and his wife, Mary, for several years and have gotten to know him even more through advocacy,” Annette said. 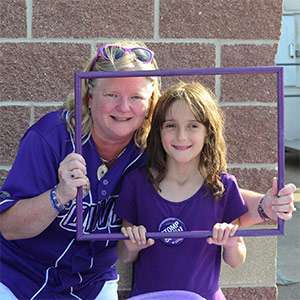 The mother/daughter dynamic duo are staunch supporters for our cause.

“One time, I was on a bus ride to Washington, D.C., for Advocacy Day, when I was telling my seatmate about why I was going. A young man on Rep. McKinley’s staff overheard the conversation. He went into the office and described my mission. The staffers figured out it was me!”

The congressman especially enjoys seeing Stephanie each year when she attends Advocacy Day with her mom.

“Rep. McKinley has several grandchildren, so he enjoys speaking with Stephanie. The first time we were there in 2012, he invited her to sit in his chair, and we took a picture. This is now a tradition and he insists we take a new picture every year!” Annette said.

In one meeting, Stephanie handed Rep. McKinley a letter that she wrote in her young advocates training (offered by the Pancreatic Cancer Action Network for children under 12 who attend Advocacy Day with their parents). It was a message urging Congress to increase funding for pancreatic cancer research, in honor of her uncle. 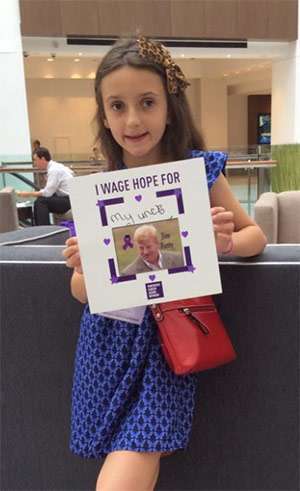 Stephanie, 10, advocates for change in honor of her uncle, Jim Fetty, who passed away from pancreatic cancer.

He was so touched by the letter, he went on to read it on the House floor.

Rep. McKinley was given permission to address the House for one minute. The transcript of the Congressional Record reads:

Madam Speaker, I rise today to share a letter from a 10-year-old, Stephanie Santilli of Philippi, W. Va.

She wrote: “Seven-and-a-half years ago on Oct. 4, 2007, my Uncle Jim passed away from pancreatic cancer. His cancer was found too late because of being misdiagnosed too many times, and a CT scan finally found the cancer. His son Isaac was only 9 when his father died. He is missed by so many. I hope that someday a cure is found so other families don’t have to go through the same pain we have.”

Her story is just one of many across the nation. For every 100 people diagnosed with pancreatic cancer, only 6 survive.* Madam Speaker, by funding the research to develop a cure, we honor Stephanie’s uncle and those we have lost to pancreatic cancer.

(*Editor’s note: This statistic has since changed. Since 2016, for every 100 people diagnosed with pancreatic cancer, 8 survive.)

Would you like to urge your members of Congress to support increased pancreatic cancer research funding? Get started as an advocate today.