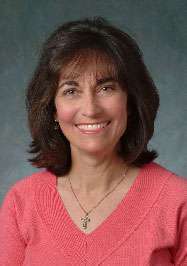 Brad Lee recalled after receiving devastating news that his wife, Julie, was diagnosed with stage 3 pancreatic cancer on Nov. 10, 2010. The mother of two teenage sons died 10 months later at age 53.

“I’m lucky to have the years I did with her,” said Brad, who works in construction finance. “I remember the way that she made people feel good about themselves…her smile was contagious! She had so many friends because of that. A friend told me that she always sat by Julie so that she could absorb Julie’s joy for life.”

A few years after Julie’s passing, Larry Grego, a long-time friend of the Lee family and owner of LG Homes, approached Brad about building a house for charity. Lee jumped at the opportunity to honor his wife and support the Pancreatic Cancer Action Network, which he was already involved through PurpleStride Kansas City.

Less than a month later, Grego dug the basement and poured the foundation for the new home, coined “Halo House.”

The home was finished being built in early 2016. The 3,000 square-foot home includes four bedrooms, three bathrooms, two fireplaces and overlooks a pond. Construction took roughly six months and many of the supplies and sub-contractor work were donated. The sale garnered $75,000 for our organization and will be used to raise awareness for the disease. 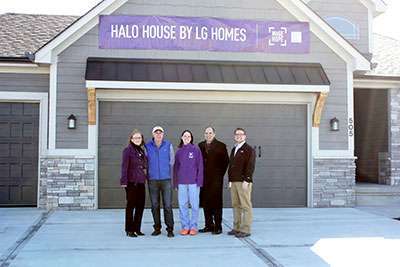 As fate would have it, the home was sold to the Greenlee family, who met Larry Grego through a mutual friend. The family had been looking for a house in the Greenwood neighborhood for six months.

“When we heard about Brad’s story, we knew we had to do it.” Kevin Greenlee said. “The house is exactly what we wanted. We plan to fill this house with a lot of love, laughter, popcorn and playdough.”

And there’s plenty of love to go around with their three children, three grandchildren and another one expected around move-in time later this month.

This isn’t the first time Brad and his army of “angels” have built a Halo House. In 2013, Brad’s friend Jim Engle (who lost his dad to pancreatic cancer) and Jim’s nephew built the first Halo House, which raised $51,000 for our organization.

We thank Brad for his generosity, continued support and help to Wage Hope in the fight against pancreatic cancer.

Watch the full TV interview below.