Pancreatic Cancer News  Behind the Lens: 5 Questions for a PurpleStride Photographer

Behind the Lens: 5 Questions for a PurpleStride Photographer 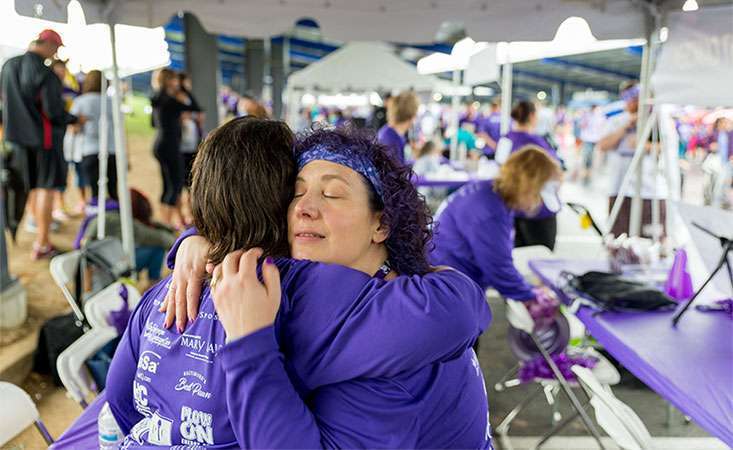 Editor’s note: When photographer Alex Harris was asked to take pictures at PurpleStride Maryland, he agreed, knowing little about the event or pancreatic cancer. What he saw there, and what his photographs captured, stuck with him and more than a year later led to a web project he calls “5 Pictures – 5 Words.” Passion, Love, Rejoice, Comfort and Embrace are the words that represent the PurpleStride he photographed. Below he talks more about his experience and what he’s learned as a result.

What were your initial thoughts when asked to photograph PurpleStride Maryland?

I honestly thought, “What have I gotten myself into?” I didn’t know anything about PurpleStride. But then I realized that could be a really good thing because I could photograph it with a complete outsider’s perspective. So that was my approach: Watch with open and keen eyes. 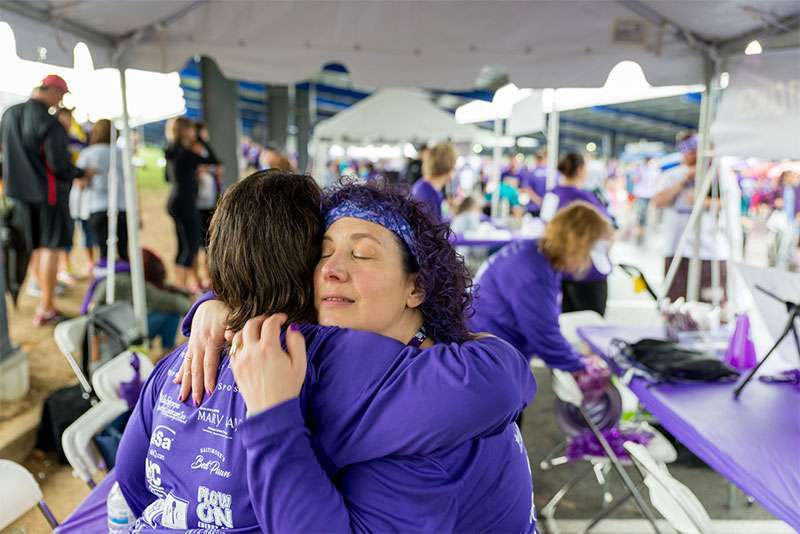 One of several heartfelt moments captured by photographer Alex Harris at PurpleStride Maryland.

What knowledge did you have about pancreatic cancer at the time?

Very little. I had not been directly affected by the disease, although at the same time that I was asked to shoot PurpleStride, I had been helping a very good friend who was running a 100-mile race and she was dedicating her run to pancreatic cancer awareness. I was training for my own upcoming 50-miler, and the day after her race, which was in Oregon, I ran up a local mountain and took her Wage Hope banner with me. I snapped a photo of the banner with Mount Jefferson in the background – just to prove nothing is impossible. At the time, I had no clue how synchronous this photo was with PurpleStride. 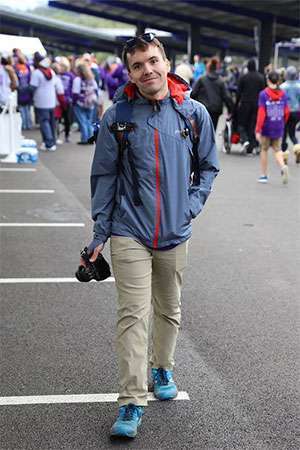 How did your perception of the disease/patients/survivors change after PurpleStride?

After shooting the photos, I did some post-development work on them (editing light balance, color and exposures). Then I let them sit for about a year until something told me to come back to them. As I was looking through the images, I realized just how powerful they were. I also noticed a theme emerging: The team was a diverse mix of people, and a series of emotions unfolded throughout the event. Dealing with death and accepting the diagnosis is something that unfolds in different stages. I wanted to showcase this. That is why I chose the images I did for the Five Words series. I think that they show this disease is difficult, but happiness and rejoicing can be experienced, too. When I saw that the team not only mourned the recent passing of a teammate but was also celebrating the accomplishments of another team member, it really changed my perspective on dealing with something like pancreatic cancer. We can let those who pass away live on in our memories, our actions and our hearts.

Do you have a memory that is a favorite or one that will stick with you because of its poignancy?

I am an ultra trail runner. I run distances from 50K to 100 miles and beyond. This is all without rest and pushing straight through. 100-milers are the toughest. Not because of the distance, but because you do them without sleep or rest. Sometimes you are on your feet for over 30 hours. It takes a lot of mental fortitude to push past your limits and succeed. This day reminded me how much we are capable of doing just that. During these races, you experience a lot of low points and the thought of giving up crosses your mind time after time. This day proved that when those thoughts come, you push through and keep moving because you are capable of so much more.

Have you been to other charity walks? If so, how was PurpleStride different?

Yes. I would say it is the energy at PurpleStride that’s different. In racing, I describe this feeling as lighting a fire in my belly, and the same applies here. That’s PurpleStride.

Find a PurpleStride near you and feel the same passion!