Can Aspirin Reduce Your Risk of Pancreatic Cancer? 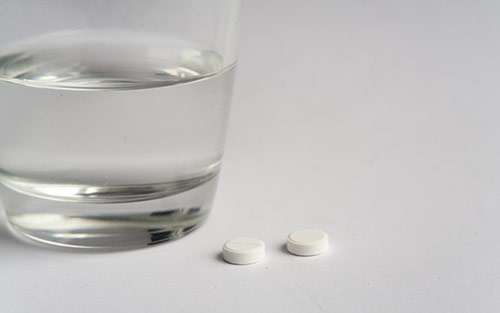 Aspirin and its potential to reduce the risk of pancreatic cancer has been a topic making headlines the past few weeks. But is it true?

According to a Dec. 20 study published in the journal Cancer Epidemiology, Biomarkers & Prevention, regular use of aspirin appears to reduce risk of pancreatic cancer by 46 percent. And, risk decreased by 8 percent for each year of aspirin use.

For this study, researchers recruited patients newly diagnosed with pancreatic cancer at 37 Shanghai hospitals from December 2006 to January 2011. They also randomly selected controls from the Shanghai Residents Registry.

The 761 patients with pancreatic cancer and 794 healthy controls were interviewed to determine their aspirin use, the number of years they used aspirin and when they stopped using aspirin.

Despite the seemingly promising news, there are a few caveats to be mindful of.

“These findings are an important steppingstone in pancreatic cancer research, but results are based on self-reported aspirin use,” said Victoria Manax Rutson, MD, chief medical officer for our organization. “Self-reported results can leave room for interpretation and data miscalculations.”

Also important to note, the paper included analysis of data from 18 other studies that showed similar results. However, the study the article focuses on was only conducted regionally.

“Genetics vary across the world, so what works in one subset of people, may not work for all individuals,” added Manax Rutson. “At best, this research exemplifies the need for a larger global study to represent collective real-world experience.

Though the study is promising, Manax Rutson recommends discussing aspirin use with your doctor prior to beginning an aspirin regimen.