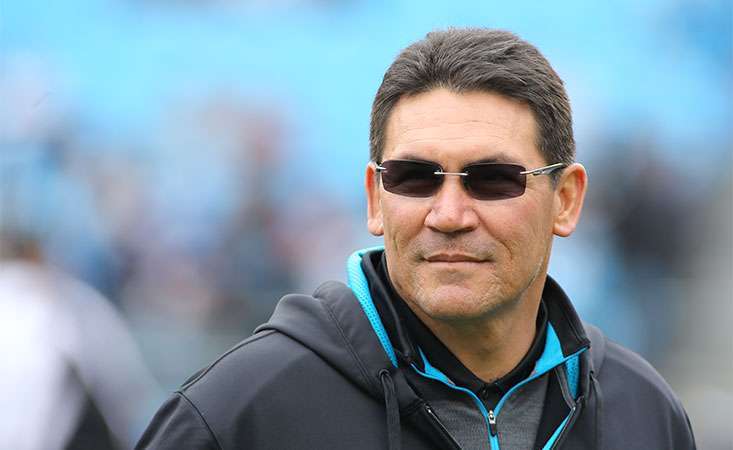 Ron Rivera, head coach of the Carolina Panthers, recently released a video explaining why creating awareness for pancreatic cancer is close to his heart. In 2015, he lost his brother, Mickey, to the disease, and he will be wearing purple shoes this weekend on game day to honor him.

“Mickey was one of those guys who never complained, it didn’t matter how tough things were,” Rivera said in the video. “I wanted to honor him and also bring awareness to pancreatic cancer…we’ve got to find ways to create more awareness so that there’s more funding and more research done to give people a chance.”

Ron Rivera will honor two of his heroes Sunday.

His brother Mickey and his father who served in the military for 32 years. #MyCauseMyCleats pic.twitter.com/YnGK311ERH— Carolina Panthers (@Panthers) November 28, 2017

Rivera is a Pancreatic Cancer Action Network Influencer of Hope and spokesperson. We thank him for being such a passionate supporter of our cause.

His shoes are a part of a larger effort by the NFL to raise awareness through My Cause My Cleats. This initiative highlights causes and individual charities that are important to coaches and players this weekend. Pat DiMarco of the Buffalo Bills will also be sporting a purple cleat to raise awareness for pancreatic cancer.

Rivera is also wearing camouflage to honor his father, a military veteran, and to show his support for the United Services Organization.

Want to take action in November and raise critical funds for pancreatic cancer? Make a donation in honor of a loved one.