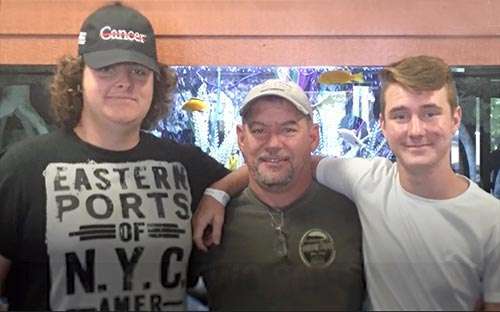 PEOPLE Magazine just shared a compelling article on North Carolina brothers Preston and Parker, who were both diagnosed with the same type of pancreatic cancer their father, Wayne, is currently fighting. 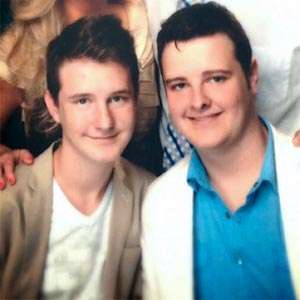 Thank you to PEOPLE Magazine writer Rose Minutaglio for featuring the Jackson family and raising awareness of our vital cause and allowing the pancreatic cancer community to rally behind them!

North Carolina brothers Preston and Parker Jackson were both diagnosed with the same debilitating pancreatic cancer as their father, Wayne Jackson, within a few weeks of each other in 2016.

“I did a lot of crying and a lot of praying,” Preston and Parker’s mother, Sharon Sechriest, tells PEOPLE. “It’s hard for me to swallow that both of my kids and their father have cancer, but I tell them that they will get through it and be fine.

“They are so loved and [I] will do anything in my power to make sure they live a long life.”

Wayne was diagnosed with MEN-1, a hereditary condition associated with tumors of the endocrine glands, in November 2014 and doctors found 12 cancerous pancreatic neuroendocrine tumors in his body. Soon after, Preston and Parker tested positive for MEN-1 and, in 2016, both brothers were found to each have two tumors on their respective pancreases.

The father and his two sons “face the diagnosis together” as they attend the same doctors, compare symptoms and talk about the way they are dealing with the cancer.

“I feel guilty,” Wayne, 46, tells PEOPLE. “I know it’s not my fault, because I had no idea I had this condition until a few years ago, but to see the boys suffering and going through the same things I do — I feel a sense of guilt.

“When I’m by myself and I think about it, it hurts.”

Read more of their story at People.com