Early Detection Featured in the News 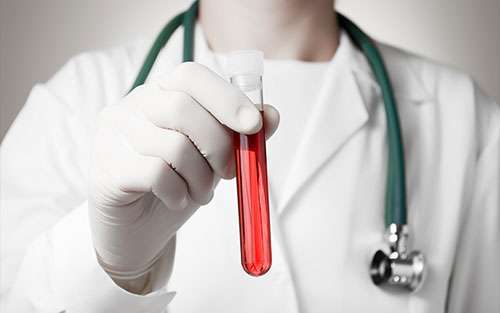 Please see the full text of the article below.

** Editor’s note: Correction to the HealthDay Article. Pancreatic cancer is the third leading cause of cancer related death in the United States.

The nation’s No. 4 cancer killer**, pancreatic cancer often goes undiagnosed until it is too far along to remove.

Current screening techniques typically catch it only “after it causes pronounced symptoms, when it has advanced far enough to be lethal,” said study author Kenneth Zaret, director of the University of Pennsylvania’s Institute for Regenerative Medicine.

Sometimes it’s found during a body scan for another health issue. But such scans are too costly for routine screening, even for people with a high risk of pancreatic cancer, he said. That includes parents, siblings or children of people who have had pancreatic cancer; those with some gene mutations; and people over 50 who suddenly develop diabetes.

“A low-cost, noninvasive test, such as we have developed, could be useful for routine screening of individuals who are at high risk for pancreatic cancer,” Zaret said.

Current screening focuses on shifting levels of tell-tale blood proteins, according to the American Cancer Society. But such tests are considered unreliable, and the ACS does not recommend routine screening for those who are not known to be at high-risk.

To begin, the researchers genetically “reprogrammed” late-stage cancer cells to mimic cells at the early stage of cancer. They identified several new cellular “biomarkers” triggered by the onset of disease.

Then, the team did three rounds of testing in roughly 700 blood samples. Samples were drawn from pancreatic cancer patients (at different stages of disease) and from healthy people.

Researchers were able to diagnose early stage pancreatic cancer — with 98 percent accuracy — by screening for two of the new biomarkers they identified, called THBS2 and CA19-9.

Zaret expressed confidence in the results so far. He said the screening tool would, at minimum, appear to be “useful” for testing people known to be at high risk for pancreatic cancer. He added it might lead to development of new, early stage treatments.

“It is noteworthy that the biomarker panel employs existing technology that is routinely available in diagnostic clinics around the country, facilitating the dissemination of the test, with further validation,” Zaret said.

But that validation will require a much larger study to find out whether the new approach holds up as a screening tool for the general population.

The findings were published in the July 12 issue of Science Translational Medicine.

An expert with the Pancreatic Cancer Action Network said it’s important to build on the new study.

“It is imperative that we develop early detection methods to help impact the mortality of the disease,” said Dr. Victoria Rutson, chief medical officer for the network, based in Manhattan Beach, Calif.

“The results show THBS2 and CA19-9 markers may improve detection of pancreatic cancer,” Rutson added. “Significant progress continues to be made, and it is important to further confirm and expand upon these results with additional studies.”

This year, more than 53,000 Americans will be diagnosed with pancreatic cancer, according to the American Cancer Society.