Pancreatic Cancer News  Survivors  Exploring Survivor’s Guilt: An Open Discussion with Two Who Have Been There

Exploring Survivor’s Guilt: An Open Discussion with Two Who Have Been There 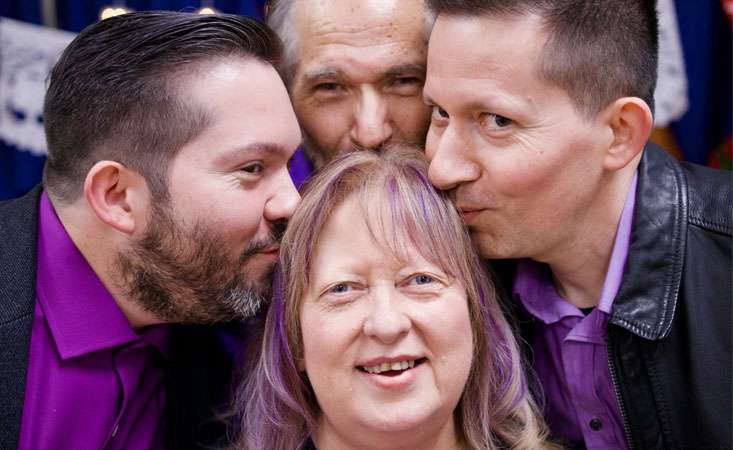 Roberta Luna with her family

My fellow PanCAN supporters and I take bold action to improve pancreatic cancer patients’ lives, so that we can hear more people say, “I’m a survivor.”

While pancreatic cancer survivors tell us they feel gratitude that their lives are continuing, or lucky that they were diagnosed early or that their treatment had been manageable, they also feel an emotion so heavy, a burden so great, that they tend to minimize their own struggle.

This feeling is called Survivor’s Guilt, and it can affect many people who have survived an event that others did not.

Survivor’s Guilt is an emotional distress common in cancer patients, and it can be felt in many forms and at any point throughout a diagnosis. A variety of emotions can surface, including feelings of guilt, confusion, sadness, anxiousness and anger, among others. These feelings are often a result of survivors comparing their own experiences with others’ and believing their own experiences are not true hardships.

I learned more about the emotions that survivors of pancreatic cancer experience when I had the opportunity to talk with Roberta Luna and Matt Wilson on the subject. 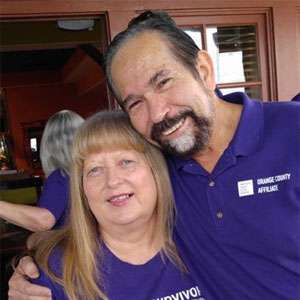 Roberta is a 19-year pancreatic cancer survivor who was diagnosed at age 45. Not only has she faced her own diagnosis head-on, but she did so after losing her grandmother, father, uncle and finally her mother to the same disease.

She said she understands how hard it can be for someone who lost their loved one to have conversations with her about it, since she is still here. She’s also been met with anger and confusion from others who may not know yet how to process their own range of feelings, including guilt and grief. And while it’s hard for her to see the pain in another person’s eyes, she does her best to stay present and to be there for anyone who needs it. It keeps her going.

Matt is a nine-year survivor (10 years in November). He was just 29 when he was diagnosed at a very early stage. He was able to have surgery, and doctors removed the tail of his pancreas, his spleen and 21 lymph nodes. As he described his experience to me, I could tell he was feeling Survivor’s Guilt. He told me that his story is an anomaly because he found it so early. He said, “It’s a different kind of journey. I didn’t have chemo; I didn’t have radiation. I was also very selective in using the word ‘survivor.’” 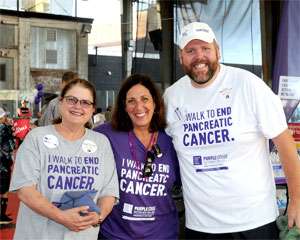 Both Roberta and Matt had stories about times when the burden of being “the lucky one” was nearly too much. For starters, it was hard for them to walk across the stage at their respective PanCAN PurpleStride events wearing the symbolic white T-shirt that survivors wear. They felt they didn’t want to be recognized for surviving the monster that is pancreatic cancer, and they even felt bad about it.

They also described specific events in their journeys that were a-ha moments.

For Matt, he was on the train from Delaware to Washington, D.C., for his first PanCAN Advocacy Day. It happened to be Father’s Day, and he was seeing post after post online from people who lost their fathers to pancreatic cancer and who were also coming to D.C. for the event. He wondered how he was going to face so many people who lost their fathers.

“I wanted to turn around and go home,” he said. “I didn’t think I could handle it.”

Once he arrived in D.C., he ran into a long-time pancreatic cancer survivor in the hotel lobby. 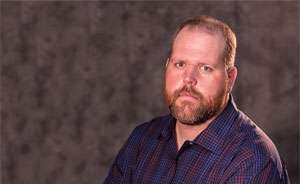 Matt remembered, “I gave him a hug. We sat down and talked. He explained that my story is an inspiration for others and that in this fight, we all need each other. That was a lightbulb moment for me. I am a voice that’s different. Being a survivor, being young. That moment I turned the Survivor’s Guilt into action, to be that voice, that person who is going to invest in PanCAN so people can have a story more like mine. I don’t mind wearing that white shirt anymore because of that new perspective.”

Roberta and I talked about strategies she has used to cope with the guilt. She said, “It weighs me down at first, but it inspires me to do more.”

She explained that when someone she loves passes away from pancreatic cancer, she plants roses. Her dad loved roses and could make anything grow. So, planting them in her garden is her way of honoring people she’s lost. “When they bloom it makes me feel closer to them, like they are reaching out to me to let me know, ‘I’m doing OK.’ It just brings me peace.”

Both Roberta and Matt recognized the support they continue to receive from PanCAN. They have relied on the PanCAN Patient Services team and all the free resources they’ve provided in every stage of their pancreatic cancer journey.

They have built meaningful relationships with the many other survivors who have been there for them.

And they recognized people like me: I could honestly tell them that their stories of survival were the only thing that gave me hope when my mom was diagnosed.

If you are a pancreatic cancer survivor or have a loved one who is, feelings of “why me?” or minimizing the experience can be common. But feeling fear, sadness and anger don’t mean there’s not gratitude. It is instead about hoping for a world where everyone has the opportunity to turn the words, “You have cancer,” into the beautiful phrase Matt, Roberta and others have the honor to speak – “I am a survivor.”

This article written by Jamie Foltz