The First Mother’s Day Without Mom 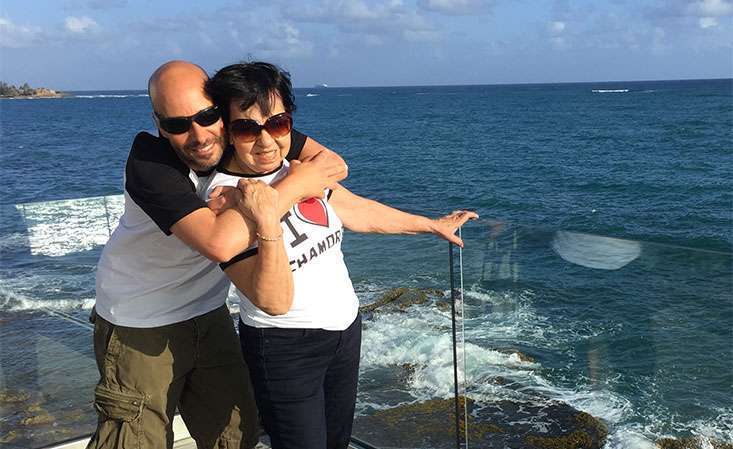 In 2017, Mykel took his mom to Costa Rica. This was their last trip abroad before doctors discovered a tumor growing on Nilsa Brady’s pancreas.

After Mykel Crerie lost his mom to pancreatic cancer in 2017, he needed an outlet to channel his grief. So, he decided to honor her memory in two ways: with his hands and his feet.

Turning Loss into a Legacy

To Crerie, his mother Nilsa Brady was one of the most important people in the world. From the Caribbean to the Mediterranean, Brady vacationed with Crerie and his husband each year. This year, their adventures were supposed to take them to Hawaii, but pancreatic cancer robbed the family of this time together. After fighting the disease for three months, Brady died at the age of 84. 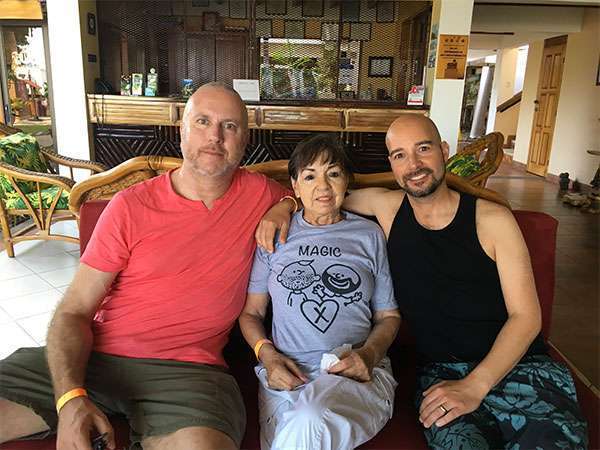 Nilsa Brady often traveled with her son, Mykel, and his husband, Jeff. He helped Mykel write “Lavender Sky” and sang the lyrics to the song.

“I am so grateful that we have such amazing memories,” said Crerie. “The hardest part is that there will be no more new ones.”

Crerie still calls the pain devastating, but rather than sinking into the depths of despair, he took pen to paper to write a song about missing his mom.

“The lyrics just started coming out,” he explained. “I decided to write down what I would say to her if I could. That was so comforting. I think that’s what this whole writing experience brought to me – comfort.” 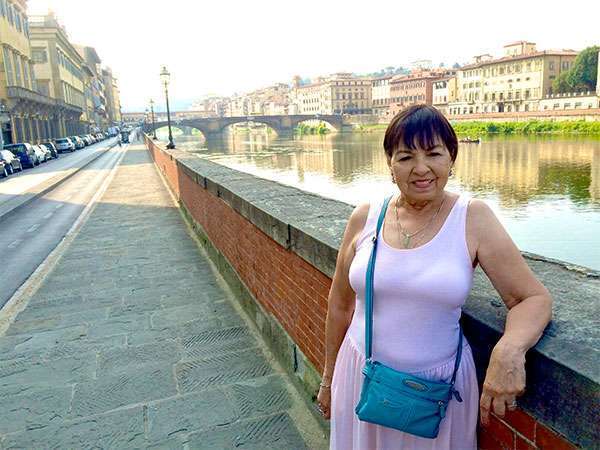 Mykel Crerie took his mom, Nilsa Brady, on vacation every year. In 2015, she finally got to visit the place she dreamed of most – Florence, Italy.

“Songs and purple ribbons aren’t enough. Please join us in the fight today,” Crerie wrote, this time on his PurpleStride fundraising page.

He decided to put his feet in motion to raise $3,000 for PurpleStride, the walk to end pancreatic cancer, because of the resources the Pancreatic Cancer Action Network (PanCAN) provides to patients and caregivers. Crerie said while the Stories of Hope offered him optimistic thoughts, it’s the research arm of the organization that he really supports, because he wants a cure.

“I miss [my mother] terribly, so this walk is very important,” he said. “I’ll be walking in Los Angeles on May 5, a week before my first Mother’s Day without my mom. For me, this isn’t just about raising money. I want to honor my mom and to feel her with me. And, I want to share that experience with others who’ve lived long after the disease and those who’ve lost loved ones to pancreatic cancer.”

Sign up for your local PurpleStride – the walk to end pancreatic cancer – today!