Grandmother with Pancreatic Cancer Gets Invite to Prom 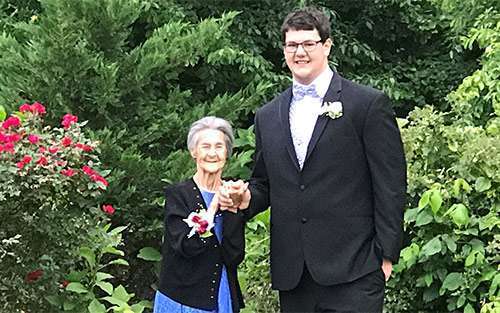 Stephen Vigil’s 92-year-old grandmother, who has pancreatic cancer, was his prom date.

Stephen Vigil of Fredericksburg, Va., has had a lifelong bond with his grandmother, Julia Jarman.

“Since I was a baby, we’ve always been close,” he said. “I’ve always felt I could go to her and talk to her about anything.” 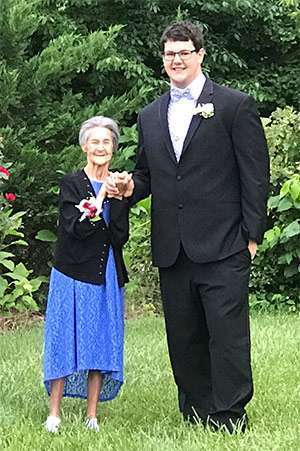 Stephen Vigil’s 92-year-old grandmother, who has pancreatic cancer, was his prom date.

When Jarman, who just turned 92, was diagnosed with pancreatic cancer earlier this year and only given a few months to live, Vigil, 17, knew that he wanted to make more memories with her. Among them: asking his grandmother to be his date to the junior prom.

Of the recent night, which was covered in his local newspaper, the Free Lance Star, Vigil said: “I wasn’t sure what to expect at first. I didn’t know if the loud music would be too much. But we had a great time.”

When the two arrived, the DJ played “Can’t Help Falling in Love” by Elvis and invited the pair to dance.

“That’s my grandmother’s all-time favorite song,” Vigil said. “She had a ball. She said she had the best gift of her life that night – she had never been to a prom.”

Read more of this story in the Free Lance Star.