Pancreatic Cancer News  It Starts with Someone: Frank De Seno

It Starts with Someone: Frank De Seno 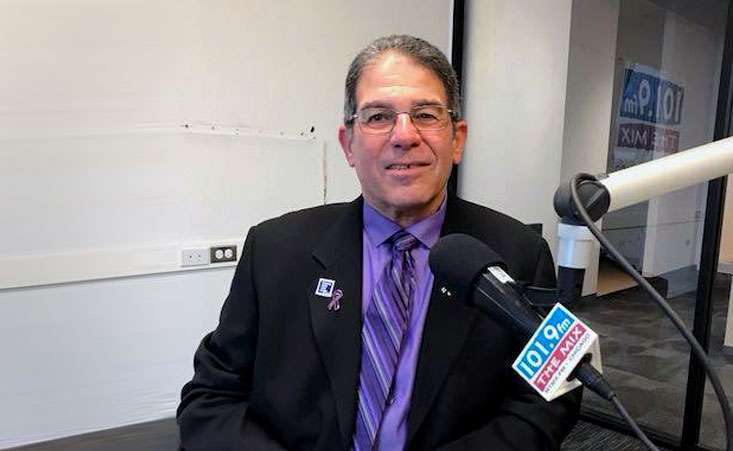 Never underestimate the passion of a man who’s fed up. He’ll go to great lengths to fight back, tell the world about the injustices that have been done and do everything in his power to make sure his cause wins.

“I get satisfaction in knowing I am truly trying to help others,” said Frank De Seno, a Pancreatic Cancer Action Network (PanCAN) volunteer based in Chicago. “My goal is to first empower people with education and information, and then provide them with hope. Anything I can do to make someone feel better is a win.”

Pancreatic cancer has rocked De Seno’s world numerous times. It claimed the lives of his wife, his brother and a dear friend. He’s also lost acquaintances and family friends. For years, he wanted to do something to fight pancreatic cancer on behalf of the people he’d loved and lost but by 2011, he’d had enough. 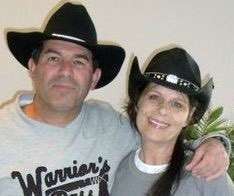 De Seno’s wife died of pancreatic cancer at the age of 52.

De Seno connected with PanCAN’s founder, Pam Acosta Marquardt, after his wife died in 2011. Since then, he’s organized PurpleStride events in the “Windy City” and served as the Chicago media chair to help spread the word about PanCAN’s mission and initiatives on local airwaves. De Seno stands as a pillar of strength for patients living with pancreatic cancer, as well as their caregivers.

“I didn’t know about PanCAN when my brother or wife were living with pancreatic cancer,” said De Seno. “Sometimes, it felt like I was going through a world of sorrow alone. I don’t want others to feel that way, so I really try to soothe family members going through this.”

And that mentality of helping those in need has, in return, helped De Seno. Via PanCAN and other organizations he volunteers with, he has a network of people who’ve lost loved ones just as he has. These connections allow him to not only provide support, but also receive it when he needs it.

“More than anything, I want to help find a cure so no one else has to lose their brother, spouse or a friend to pancreatic cancer,” De Seno said. “It makes me feel good to know I am doing everything I can to fight this disease. And as little as it may be, as least it’s something.”

PurpleStride Chicago is on June 24. Register for the “Windy City’s” walk to end pancreatic cancer. Or, visit purplestride.org to find a walk near you.
Share  Tweet
More on:
You may also be interested in...