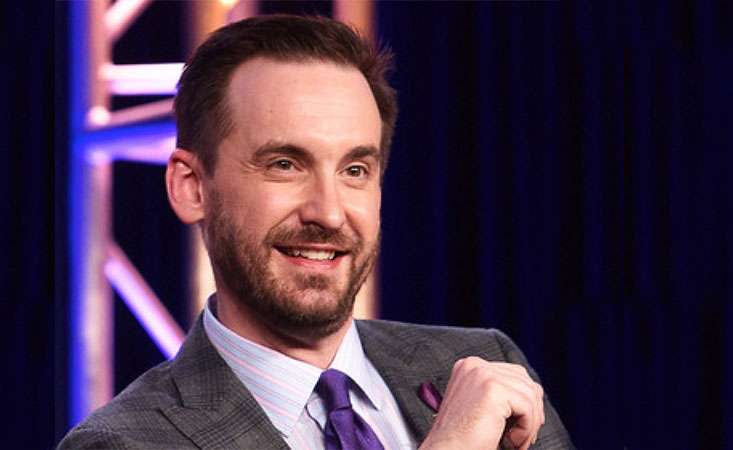 Editor’s note: This week, Jeopardy! is airing its final Alex Trebek-hosted shows. Brad Rutter is the show’s highest-earning contestant and has known Alex for over 20 years after originally appearing on the show in 2000. Most recently, he competed alongside Ken Jennings and James Holzhauer on the Jeopardy! Greatest of All Time Tournament in January 2020. A PanCAN supporter following Alex’s stage IV pancreatic cancer diagnosis, Brad shared with PanCAN some candid and bittersweet memories of Alex and what he’s doing to continue to raise awareness about pancreatic cancer.

Alex always felt like family to me. I think a lot of people felt that way about him.

Ever since I was a kid, I was a Jeopardy! fan. Alex was in my house every night, “spending time” with my family and me.

Once I met him, I used to jokingly refer to him as “Uncle Alex.” But that’s how it really felt, especially when he was giving me a good-natured hard time, which he clearly got a kick out of.

Alex was my show business role model. I was amazed at how good he was at his job, and it seemed like he kept improving on his all-time great performance every time I worked with him – even while going through chemo. He held himself to an extremely high standard and it was obvious how much he cared about the show. 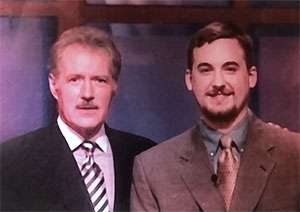 When I think about Alex, I remember how he’d get during a really tight game. You could just hear the excitement in his voice. I really fed off that – it actually helped me perform better.

One of my favorite memories was right before the deciding game of the Ultimate Tournament of Champions in 2005. There was $2 million on the line, and Ken Jennings, Jerome Vered and I were all nervous.

Someone on set said we looked like we were headed to the guillotine. As we walked onstage someone else jokingly suggested that we should play with no pants on to cut the tension – we’d be behind those podiums, you know?

The cameras rolled, and announcer Johnny Gilbert started the intro: “And now, here is the host of Jeopardy!, Alex Trebek!”

And Alex waltzed out with no pants on.

Our mikes had been live, so he’d heard our “suggestion.” That’s one moment I’ll never forget. Everyone knows Alex had a great sense of humor, but I think he was also worried about us and thought he’d do a little tension cutting himself.

It’s been really hard to watch these last few weeks of Jeopardy! Seeing TV Alex up there, as good as he ever was, and knowing he was just weeks from the end is just unfathomably sad. But at the same time, it’s comforting to watch him doing what he loved.

This Friday will be the last of Alex’s shows. It’s bittersweet. I’m cherishing the chance to spend a little more time with him virtually, but I’m already missing him. It’s also the end of an era for the show, so that adds to the nostalgic feeling.

I’ll probably watch it by myself and just reflect on all the memories – after all, he was there for some of the biggest moments in my life.

Lately I’ve been working with the Pancreatic Cancer Action Network (PanCAN)  and I want people to know what an amazing group of committed, passionate and compassionate people they are. I’ve seen how their work impacts the lives of pancreatic cancer patients and their loved ones. They’re funding cutting-edge research that will lead to more effective treatments. And they offer free, one-on-one patient services.

PanCAN is an invaluable resource. If you’ve been affected by this terrible disease, you’re not alone. You can call them – they’ll help you.

I’m going to keep raising awareness about pancreatic cancer. I’m doing it for Alex. To honor his memory. And hopefully contribute in some small way to finally finding a cure.

Alex was just the consummate old-school professional. We won’t see his like again.