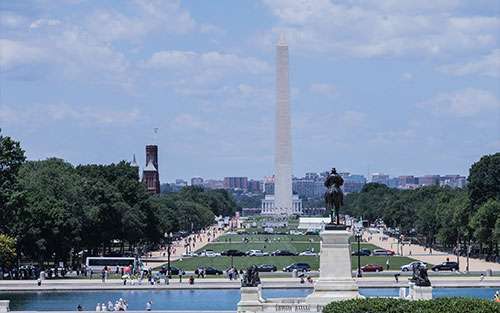 Though National Pancreatic Cancer Advocacy Day is nearly a week behind us, media outlets continue featuring PanCAN’s urgent requests to members of Congress.

Today, Julie Fleshman, JD, MBA, president and CEO of PanCAN, had an op-ed placed in the Morning Consult, a DC-based publication read by more than 200,000 government and industry leaders.

The articles recounts special moments Fleshman spent with her father before his death in 1999 and transitions to her pressing request to Congress, specifically to keep bio-medical research and cancer research a national priority. The full article is shown below.

Are you caught up on all of the national media coverage featuring Advocacy Day? Here’s a recap!

A Father’s Legacy: Changing the Course of History for Pancreatic Cancer

I think a lot about my dad every day.

I remember when I was four and my apprehension when he grabbed his wrench and removed the training wheels from my bicycle.

“You’re ready,” he reassured me. I climbed on and he guided me down our street in Pleasanton, Calif., steadying me with his hand on the back of the seat of my new two-wheeler. I started peddling faster.

He knew what dads know, when to let go. He did, and I was riding on my own, hair blowing in the wind.

I remember coming to a stop at the end of the street and looking back. There he was, standing in the distance, proudly smiling at me.

It’s one of the earliest memories I have of my dad.

Fast-forward years later to the last moments I shared with him. He was diagnosed with pancreatic cancer and was told there wasn’t anything medical science could do. It was frightening news. The cancer robbed my family of our time together. Four short months later, Dad was gone. He was only 52 years old.

I was mad. I couldn’t understand why there were no options and dad was simply sent home to die.

I could never have predicted how my dad’s death would shape my future. Since then, I have spent almost two decades advocating for pancreatic cancer patients as the leader of the Pancreatic Cancer Action Network.

Pancreatic cancer is one of the toughest cancers with a five-year survival rate of just 9 percent, and has surpassed breast cancer to become the third-leading cause of cancer-related death. Today alone, 117 Americans will die from pancreatic cancer and more than 42,000 people will die during the course of this year.

If we don’t create more of a federal focus on this disease and get new treatments to patients, pancreatic cancer will become the second leading cause of cancer-related death by 2020.

More must be done.

I have learned that progress takes focused effort and money, and that the National Institutes of Health and the National Cancer Institute provide critical funding for crucial advancements in medicine and science to many diseases, including pancreatic cancer. The halls of research labs across the country may provide some answers, but it takes walking the halls of Congress with passionate patients, families and researchers to ensure the focused resources necessary to achieve medical progress.

There has been tremendous bipartisan support in Congress for increasing medical and cancer research funding.  The newly proposed budget cuts to the NIH and NCI threaten the research advancements we have made to date. And most importantly, threaten people’s lives.

Recently, on National Pancreatic Cancer Advocacy Day, approximately 650 passionate survivors and supporters were on Capitol Hill in an effort to save lives. We urged Congress to hold firm in its resolve to keep biomedical research and cancer research a national priority and ensure sustained growth for critical medical research for diseases like pancreatic cancer.

It can do this by with funding NIH at $36 billion with a proportional amount going to NCI. And, we need additional funding for the Cancer Moonshot as designated in the 21st Century Cures Act.

This is a time to keep moving forward, not to take a step back.

Julie Fleshman is president and CEO of the Pancreatic Cancer Action Network.