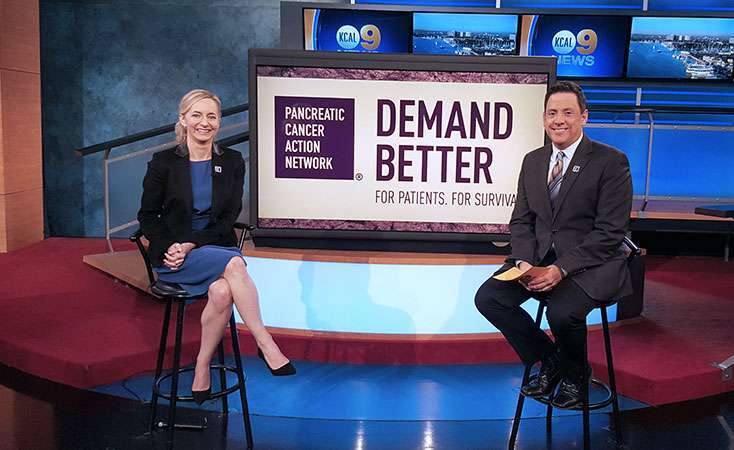 Make sure to tune-in to your local stations across the country to see anchors, volunteers and survivors in purple on WPCD, as well as the following interviews featuring Fleshman.

And if you missed it, check-out this kick-off interview Fleshman did with KCBS/KCAL in Los Angeles as well as the new PanCAN Demand Better Public Service Announcement (PSA).