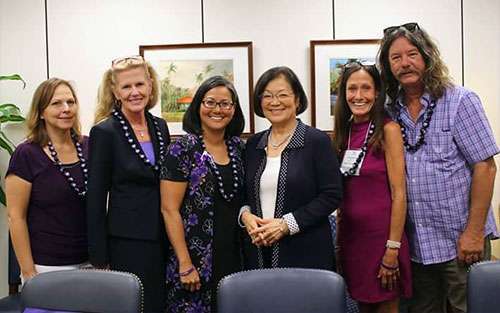 One year ago, Nadine Takai Day lost her brother, Rep. Mark Takai, of Hawaii to pancreatic cancer after only nine months. He was 49. She didn’t think she was ready to get involved in anything like Advocacy Day yet, especially because that would mean she’d be returning to Capitol Hill. 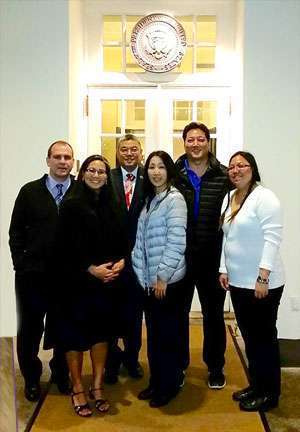 Initially, she got involved with the Pancreatic Cancer Action Network (PanCAN) by contacting Patient Services and requesting an information packet when her brother was diagnosed. After that, she began receiving emails about National Pancreatic Cancer Awareness Month and reached out again, this time regarding a proclamation from Hawaii Governor David Ige.

After receiving emails for Advocacy Day, she thought about attending but wasn’t quite ready to take that step.

“Suzy Marshall, a PanCAN Hawaii Community Advocate, asked me if I was going to Advocacy Day,” she said. “I didn’t know anything about it, and did not feel ready.”

But as Takai Day learned more, she changed her mind and decided to attend.

She was going to Capitol Hill to Wage Hope for her brother.

“I felt that I could make an impact, since most of my brother’s colleagues are still on Capitol Hill.”.

Returning to the Hill was emotional, and powerful. She met with Rep. Colleen Hanabusa, who filled Takai’s seat. They met in Takai’s old office.

While on the Hill, Takai Day stressed how little funding pancreatic cancer gets, comparatively, despite that it’s the third leading cause of cancer-related death in the United States.

“It took me almost a week to recover, once I got home,” she said. “But that means it made a difference in my life, and I hope it made that much of an impact on everyone I met, too.” 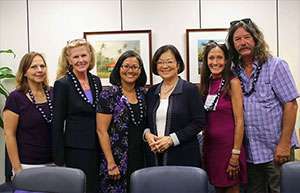 About her brother, Nadine said, “Mark wanted to be in that 9 percent. He really believed he would be. He was always so positive, he wanted to keep fighting. I’ll continue to fight for him and honor his memory. ”

In November of this year, Suzy Marshall is organizing a PurpleLight, at the Capitol building in Honolulu. Next year, Nadine and Suzy, along with fellow PanCAN supporters Lydia Hemmings and Leslie Lewis, are planning a DIY walk/run to continue to build awareness in Hawaii.

“PanCAN gave our family the resources to understand the disease and the hope to survive,” she said. “TeamTakai will be working so that we can have a louder voice in the fight.”

Create your own DIY fundraiser with Wage Hope My Way and help end pancreatic cancer.