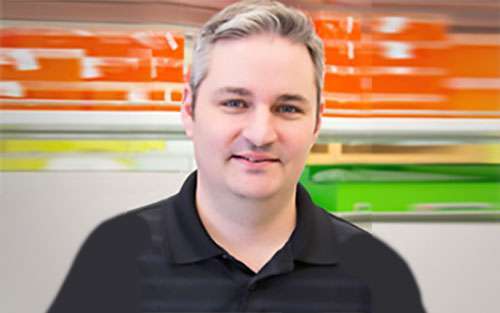 A Pancreatic Cancer Action Network Career Development Award in 2014 allowed David DeNardo, PhD, to ask and answer important questions about the dense and complex stroma that surrounds pancreatic tumors and, specifically, to take a closer look at one cell type present in that stroma: macrophages. 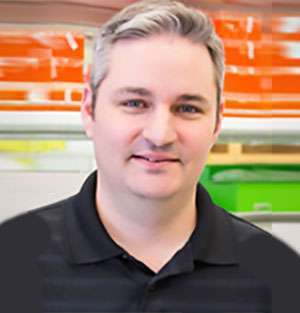 In a study published earlier this week in the acclaimed journal Immunity, DeNardo and colleagues at Washington University in St. Louis report that not all macrophages surrounding and infiltrating pancreatic tumors come from the same place – or behave in the same way.

Macrophages are an important immune cell type that help clear the body of foreign substances, which could theoretically include cancer cells. But solid tumors like pancreatic cancer hijack macrophages (dubbed tumor-associated macrophages, or TAMs) and ensure that they protect the cancer cells from immune attack.

“The more we learn about how pancreatic tumors interact with the immune system, the more complexity we uncover,” said Lynn Matrisian, PhD, MBA, chief science officer at the Pancreatic Cancer Action Network. “Dogma in the field had suggested that all tumor-promoting TAMs are created equal – but Dr. DeNardo’s important work revealed that not to be the case.”

It was previously thought that TAMs came from circulating white blood cells called monocytes that matured and differentiated to become macrophages that stay and support the tumor. And that’s partially true – but DeNardo and his research team found that some of the TAMs came from the pancreas itself; they were essentially born and raised there.

Importantly, the circulating TAMs and the pancreas-resident TAMs appeared to function differently.

“Dr. DeNardo’s results suggest that pancreas-resident TAMs play an especially important role in building up the stroma and promoting cancer progression,” continued Matrisian. “Although preliminary, this finding provides a basis for a potential new immunotherapy approach to block the activity of this specific population of TAMs.”

The Immunity paper cites DeNardo’s Career Development Award as a key funding source for this work.

“This project was made possible by my PanCAN grant,” noted DeNardo, who was recently promoted to associate professor of medicine. “Without it, we would not have initiated these studies.”

We need your help today to make sure potentially lifesaving research continues in laboratories and clinics across the country.