A New Strategy to Allow Immune Attack of Pancreatic Tumors 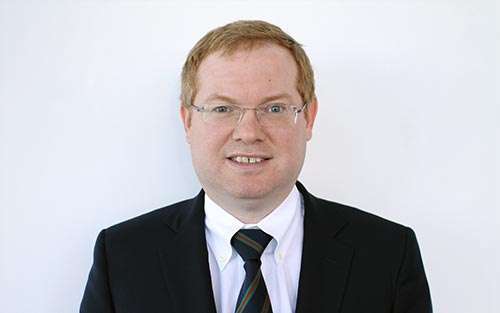 The more researchers analyze the interaction between pancreatic cancer cells and the patient’s immune system, the more complex the relationship becomes.

We’ve known for some time that pancreatic tumors can hide from an immune attack – even if the immune system is activated and harnessed to go after the tumor, an invisible shield prevents the assault and protects the cancer cells.

Pancreatic Cancer Action Network research grantee George Miller, MD, thinks he and members of his research team at NYU Langone Medical Center have identified a potential culprit for creating that invisible shield – a protein and its partner that are present in the tumor microenvironment, the mixture of noncancerous cells that infiltrate and surround the tumor.

Encouragingly, preclinical studies in several mouse models of pancreatic cancer showed that therapeutically targeting these proteins, called dectin-1 and galectin-9, allowed other drugs to be more effective at killing the cancer cells and extending the lives of the mice.

The findings were published in the prestigious journal Nature Medicine today.

“We show a new but potent immunosuppressive network in the pancreas tumor microenvironment that can be targeted in immunotherapy,” Miller explained. “We believe that these findings will broach an era of effective immunotherapies in pancreatic cancer – and we hope to bring new drugs targeting these pathways to the clinic very soon.”

Immunotherapy is a strategy that empowers the patient’s own immune system to recognize, attack and defeat the tumor growing inside their body. Whereas other cancer types have seen great results from immunotherapeutic approaches, pancreatic cancer has lagged behind.

“Although we have not yet seen major successes in immunotherapy to treat pancreatic cancer, we have learned very much from lab experiments and clinical trials that have taken place,” said Lynn Matrisian, PhD, MBA, chief science officer for the Pancreatic Cancer Action Network. “Most importantly, we’ve learned that we’ll need a combination approach to succeed at immunotherapy – and that part of the combination must be aimed at blocking the cancer cells’ ability to hide from the immune system.

“We are proud of the work Dr. Miller is doing and feel hopeful that his novel approach could be tested in the clinic soon and ultimately improve patient outcomes.”

Miller is the head of the Cancer Immunology Program at the Perlmutter Cancer Center and vice chair for research in the department of surgery at NYU Langone. He received the 2014 Pancreatic Cancer Action Network Innovative Grant, funded by Celgene Corporation. Miller has authored several high-impact scientific articles, including a Nature paper last April and a Cell paper in September. His funding and resources from us have played a significant role in his research efforts and successes.

“The support of the Pancreatic Cancer Action Network, including the community of research, awareness, and support it fosters, were absolutely invaluable in conducting this research,” Miller told us. “The relationship with PanCAN is vital to the work of our lab, and the robust community of researchers, clinicians, patients and caregivers inspires us to do more.”

Learn more about the leading-edge scientific and clinical studies we’re supporting through our Research Grants Program.