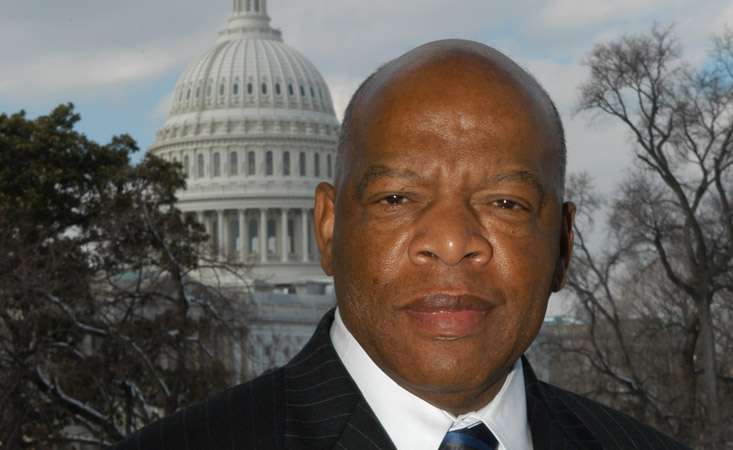 The Pancreatic Cancer Action Network (PanCAN) joins the world in mourning the death of civil rights icon John Lewis to stage IV pancreatic cancer on July 17, 2020. The long-time congressman from Georgia announced his diagnosis on Dec. 30, 2019.

Lewis was one of the central figures in the fight to enact civil rights legislation in the 1960s as an original Freedom Rider, chairman of the Student Nonviolent Coordinating Committee and organizer of the march from Selma, AL. He joined Dr. Martin Luther King in the March on Washington in 1963, speaking before the crowd of 250,000 when he was just 23 years old.

The Civil Rights Act was signed into legislation in 1964.

In 1986, Lewis was elected to the U.S. House of Representatives, serving nearly 35 years, continuing the fight to cause what he called “good trouble” – including through his recent pancreatic cancer treatment. Among his many achievements and awards, Lewis was awarded the Presidential Medal of Freedom, the highest civilian honor, in 2011 by President Barack Obama.

Announcing his diagnosis last December, Lewis posted, “I have been in some kind of fight – for freedom, equality, basic human rights – for nearly my entire life. I have never faced a fight quite like the one I have now.”

“The PanCAN community grieves with the rest of the world in the loss of John Lewis, a giant in American history,” said Julie Fleshman, JD, MBA, PanCAN’s president and CEO. “He faced this with the same courage he’s shown throughout his life and continues to inspire us all.”

In 2020, it’s estimated that 57,600 Americans will be diagnosed with pancreatic cancer. Black Americans have the highest incidence rate of pancreatic cancer of all ethnic/racial groups in the United States, according to the National Cancer Institute SEER data.

PanCAN will remain steadfast in our efforts to improve outcomes for all pancreatic cancer patients by funding and conducting research, supporting patients and advocating on Capitol Hill – partnering with Lewis’ colleagues – to ensure federal attention is brought to this disease.

Send a message to Congress to let them know you care deeply about pancreatic cancer patients. Make sure they know the urgency of increasing federal funding for research to accelerate progress for more effective treatment options.
Share  Tweet
More on:
You may also be interested in...