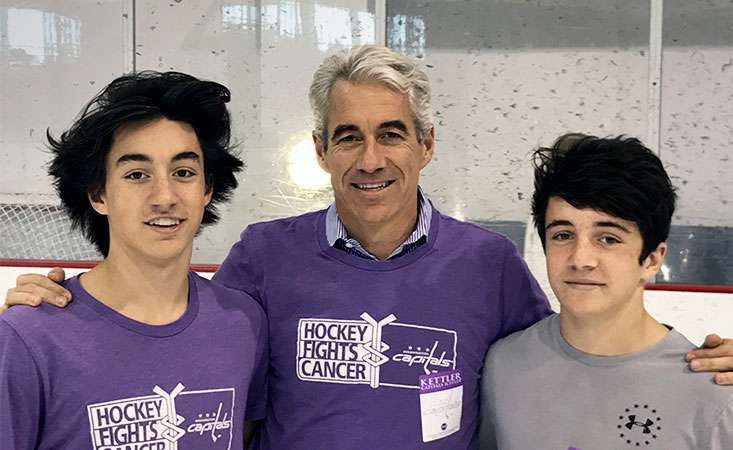 The Pancreatic Cancer Action Network (PanCAN) welcomes Peter Cashion, MBA, as the newest member of the Board of Directors (BOD). Cashion has worked for the International Finance Corporation (IFC) for over 20 years.  His specialty is in equity investments, investing in emerging markets and in financial institutions. As a chief investment officer and equity head, Cashion has worked in Latin America, Europe and Africa, among other locations.

Cashion at a cancer charity event with his two sons.

Cashion, originally from Canada, resides in Washington, D.C. with his two sons. His wife Andra Tamburro died from pancreatic cancer in 2013. Cashion’s board nomination will be announced on December 12th, which would have been Andra’s 50th birthday.

Cashion has been a highly engaged PanCAN volunteer, participating in PurpleStride Washington, D.C., as a team captain and has raised over $180,000 for PanCAN over the last five years.

He sat down with PanCAN to answer a few questions about his new role as a member of the Board and how he plans to help in the fight against pancreatic cancer.

How were you first introduced to PanCAN?

When Andra was first diagnosed, the first thing she said to me was “don’t go on the internet.” Of course, I didn’t listen to her and went on the internet – and quickly understood why she told me to stay offline. There is so much misinformation, half-truths and alternative facts, that you need a source like PanCAN that is set-up to provide that guidance to patients or caregivers.  The patient support associate at PanCAN was so knowledgeable and helpful.

My next encounter with PanCAN came during Andra’s treatment.  I came across a PurpleStride pamphlet at the oncology and infusion center where Andra was being treated. I’m a runner, so out of curiosity, I read the brochure. It was May and the run was in early June. So, I formed a team, sent out an email to friends and set a $2,000 fundraising goal. To my surprise, we reached $36,000 in just four weeks and had over 130 participants join Team Andra! 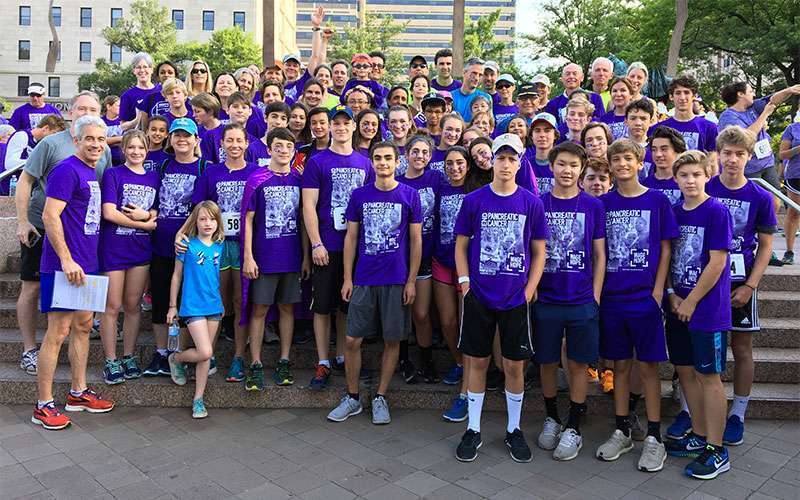 What prompted you to join PanCAN’s Board of Directors?

For me, joining the PanCAN Board is a natural progression in my role and commitment to fighting pancreatic cancer.  After living this tragedy 5 years ago, we took action by fundraising and mobilizing others through the PurpleStride events; then I became more involved by being a spokesperson at various PanCAN events and sharing our story; and now, by joining the Board, which for me is humbling and a great honor, this will hopefully allow me to bring my contribution to the next level.

Even today, I’m unfortunately regularly reminded of the lethal nature of this disease.  I have three friends with family members who are fighting the disease right now. It’s a very sad but an important reminder for me, of the urgency of this fight.

What progress do you anticipate PanCAN making in the next five to 10 years?

There are five growth areas and goals I look forward to PanCAN working on:

What impact do you see yourself having as a board member with PanCAN?

In short, I want to devote my commitment and passion to fighting this disease to the PanCAN board. In terms of specific contributions, I would like to use my experience as a successful PurpleStride fundraiser to give ideas on how to further grow the network of PurpleStride events and fundraising.  I have experience in the international area, so I am interested in contributing to the coordination role that PanCAN plays with other pancreatic associations from other countries.  In addition, I look forward to providing general guidance and counsel as a board member.