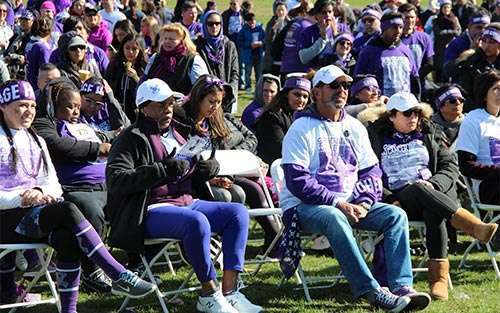 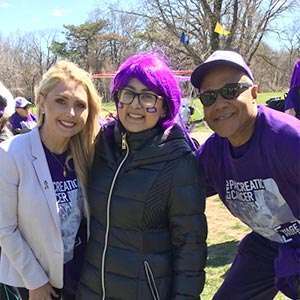 Katrina Edorsson and Ron Claiborne pose for a photo with survivor Khushbu Kheti.

Prospect Park in Brooklyn, New York turned purple this past Saturday as the “Purple People” took to the streets to raise funds and awareness for pancreatic cancer. PurpleStride New York City welcomed 2,230 people and raised more than $620,000 to support vital pancreatic cancer research and patient services.

During the event Katrina and Ron had the opportunity to meet Khushbu Kheti, a 28-year-old who is currently battling the disease. Her PurpleStride team, Team Khushbu, raised almost $80,000 – the highest amount ever raised by a PurpleStride team!

“It’s so overwhelming to have such a great support system,” Khushbu told PEOPLE Magazine. “It definitely gives me hope — that’s half the battle.” 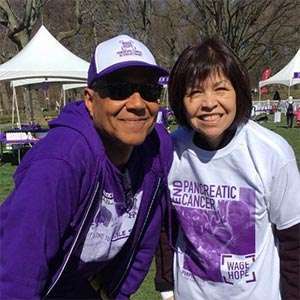 PBS also featured PanCAN prior to PurpleStride in a pre-event interview on their MetroFocus show. The segment highlighted Julie as well as survivor and Advocacy Chair Franco Juricic.

To catch up on all the PurpleStride New York City happenings, visit the New York Affiliate’s Facebook and Twitter page.

Wage Hope with us at PurpleStride, the walk to end pancreatic cancer, by registering for an event near you!