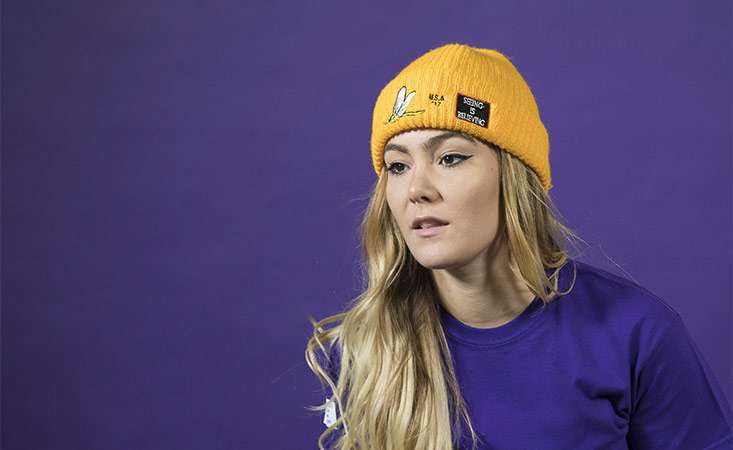 Tell us about yourself and why you’re here at PanCAN?

I’m currently on a show called “Champs vs. Stars” where we get to compete for a charity and my charity is PanCAN.

What lead you to choose PanCAN as your charity of choice on “Champs vs. Stars?”

My uncle Rich passed away some time ago. It was one of the most intense experiences my family had to go through. Pancreatic cancer is one of the fastest acting cancers. It can go undetected for a long time and then it can come up out of nowhere, and then all of a sudden, the person you love can be gone. I think pancreatic cancer deserves more awareness.

Did you know anything about pancreatic cancer or the pancreas before his diagnosis?
I knew about cancer, everybody knows about cancer. For some reason, the pancreas seems like such a small thing, and you think it’s a small cancer, but no, that’s not the case at all, it’s actually one of the harshest cancers out there. And it can be so deadly.

I didn’t know anything about it at the time, but I learned very quickly, as most people do. And that’s when people get their education, when someone in their life is diagnosed with it, and you have to face the truth about what it is. So I think it is important to bring awareness to it before that happens, because once somebody gets diagnosed with it, it’s just a very scary thing.

When did you first begin supporting PanCAN?

About 10 years ago. Our family immediately got involved in PurpleStride, the walk to end pancreatic cancer. Our team, Gumba’s Army, has been growing at the Philadelphia PurpleStride, ever since. I’ve attended as many times as I possibly can – it’s just amazing to see your family stick together through a hard time. I’m happy to bring honor to his name and more awareness to this cause and for everyone who gets affected by it.

How did you choose such a unique team name?

My Uncle Rich was in the Army. He fought in Iraq, among other wars, and he went by the name Gumba. So, we’re Gumba’s Army!

Tell us more about the MTV show “Champs vs. Stars”

“Champs vs. Stars” is a spinoff show of “The Challenge” where you get to fight for a charity. Every week I get to battle it out trying to win more money for pancreatic cancer, in hopes that I can win $150,000 for the cause.

PanCAN is the only organization attacking pancreatic cancer on all fronts through research, clinical initiatives, patient services and advocacy. Help PanCAN reach their goal to double survival by 2020 by donating today.