Pancreatic Cancer News  Running Around the World in 7 Days

Running Around the World in 7 Days 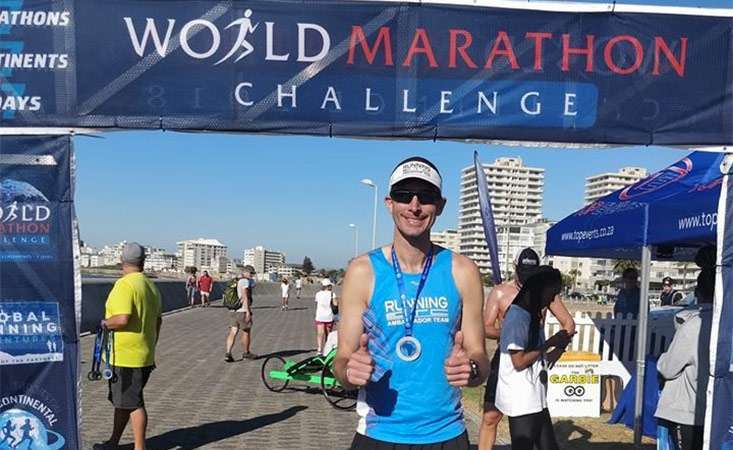 Seven continents in just seven days – it’s a massive undertaking for even the most seasoned of travelers. But, for a handful of running enthusiasts around the world, the marathon isn’t just in the flight time. 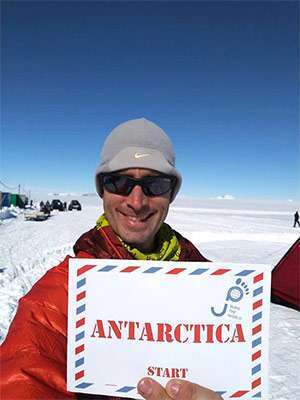 JP in Antarctica before he began the World Marathon Challenge on Jan. 30.

This incredible expedition was through the World Marathon Challenge, which took place Jan. 30 to Feb. 5. His global trek began in Novo, Antarctica, and then proceeded to Cape Town, South Africa; Perth, Australia; Dubai, U.A.E.; Lisbon, Portugal; and Cartagena, Colombia. He wrapped up his final race back in the U.S. in Miami on Feb. 5.

Caudill didn’t compete for fame or fortune, but to raise $10,000 for the Pancreatic Cancer Action Network (PanCAN) in honor of his grandmother who passed away from the disease in 2007. 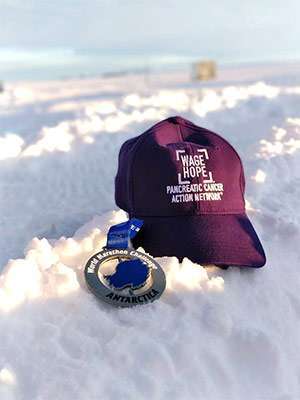 JP’s first medal after completing the Antarctica leg of the World Marathon Challenge.

“At the time, I was 29 and was fortunate to have never encountered someone close to me dealing with any kind of life-threatening disease,” recalled Caudill.

His grandmother was diagnosed in March. Six months later, she was gone.

“There is nothing that pains me more than having to see someone go through this,” stated the IT consultant.

Caudill’s donation will support PanCAN’s urgent mission to save more lives and double survival by 2020. The five-year survival rate for pancreatic cancer remains at 9 percent.

“I firmly support all research for early detection and better treatment options for pancreatic cancer. I want the conversation to be that a life was saved – the cancer was detected early enough or the treatment was more effective – so that nobody has to go through what we went through with my grandmother.” 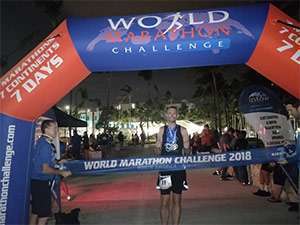 JP at the final finish line of the World Marathon Challenge in Miami, Fla. on Feb. 5.

After braving extreme elements and intense jet lag, Caudill crossed the seventh and final finish line in Miami at just over four hours. As for his thoughts on the marathon: “I’ve never been so exhausted, but it’s amazing how you just keep going.”

He plans on crossing his next finish line at PurpleStride Tidewater, the walk to end pancreatic cancer, on April 22.

Turn your passion into progress -- host an event, donate your birthday, or create a tribute page for a loved one through Wage Hope My Way. Your support is vital in the fight against the world’s toughest cancer. 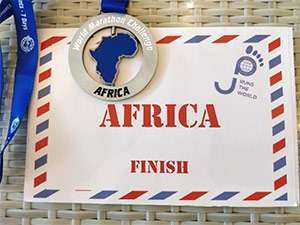 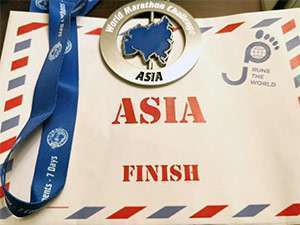 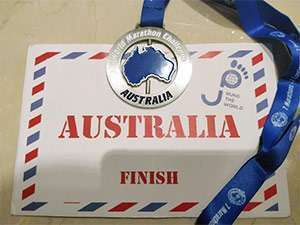 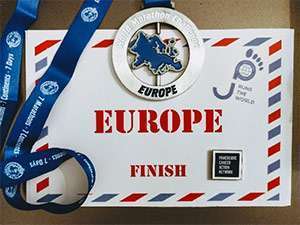 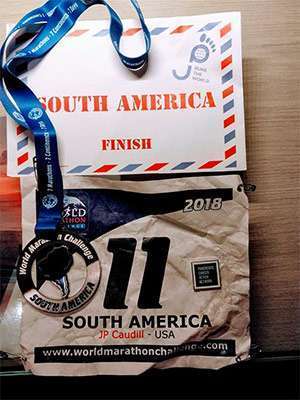