Pancreatic Cancer News  Tai Chi: This Ancient Martial Art Heals and Nearly Anyone Can Do It

Tai Chi: This Ancient Martial Art Heals and Nearly Anyone Can Do It 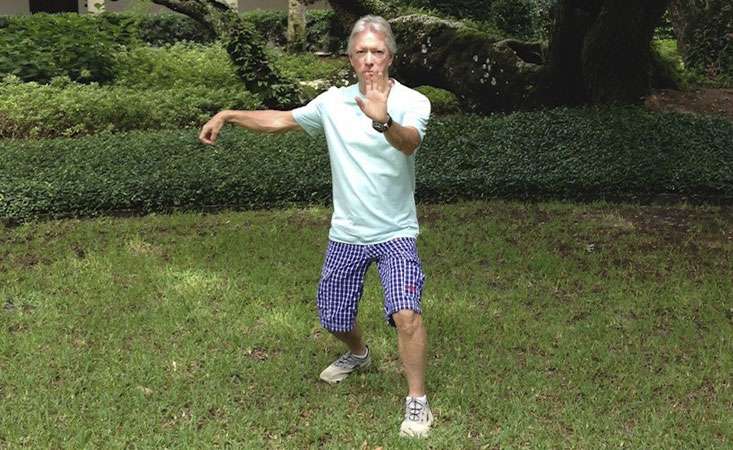 Editor’s note: To honor World Tai Chi Day on April 24, we talked to Tim O’Connor about the physical and spiritual benefits of this over 1,000-year-old practice. He practices and teaches Tai Chi Chuan (Tai Chi) in the Los Angeles area. Tim trained as an instructor in the Classical Yang style tradition under the personal tutelage of the legendary Master Mary Chow.

After more than 35 years teaching Tai Chi, Tim O’Connor has heard it all.

“Tai Chi is for the elderly.”

“It looks so boring.”

“It’s just a bunch of steps while waving your arms.”

But there’s more to Tai Chi than meets the eye.

Developed as a martial art more than 1,000 years ago, Tai Chi is a slow-moving rhythmical exercise practiced in a relaxed way with focus and concentration. It stimulates the flow of energy (qi) throughout the entire body.

As you move, you breathe deeply and naturally, focusing your attention on your bodily sensations.

Tim said, “To experience good health, the mind and body must be in energetic equilibrium. Tai Chi activates a person’s energy and stimulates it to flow.”

Several studies evaluated the effect of Tai Chi in patients with a variety of physical conditions including cancer. They concluded that daily practice has been linked to stimulating the immune system.

Exercise can be helpful for pancreatic cancer patients. Check with your doctor before beginning any new exercise program. 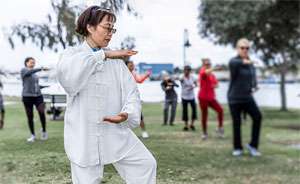 Tai Chi has been called a “moving meditation.”

For more than 3,000 years, practitioners of Chinese Medicine have treated most human ailments – whether physical, mental or emotional – as imbalances and interruptions of qi.

Tim teaches the classical Yang form of Tai Chi, also known as the long form. It consists of 108 movements that are learned and practiced over many weeks. All of the movements can be modified so they are possible for anyone who wants to do it.

Tim said, “If you can stand or even sit, you can do Tai Chi.”

Initially you’ll spend most of your time learning the routine in a class and practicing at home. Taking a Tai Chi class lets you interact with others and feel the energy of the group. But after you’ve learned it, you won’t “need” the class so frequently.

Tim said, “You’ll get the most out of it when you develop your own personal practice. You can do it anywhere or anytime it works for you. Practiced over time, it’s considered to be the ultimate preventative medicine.”

Although Tai Chi is slow and gentle and doesn’t leave you breathless, it addresses the key components of fitness — muscle strength, flexibility, balance, and, to a lesser degree, aerobic conditioning.

Most importantly, be patient with yourself. Tai Chi is not like other movement or exercise you’ve practiced before.

Tim said, “Go at your own pace and don’t expect to ‘get it” right away. You have to wait for the practice to come to you.”