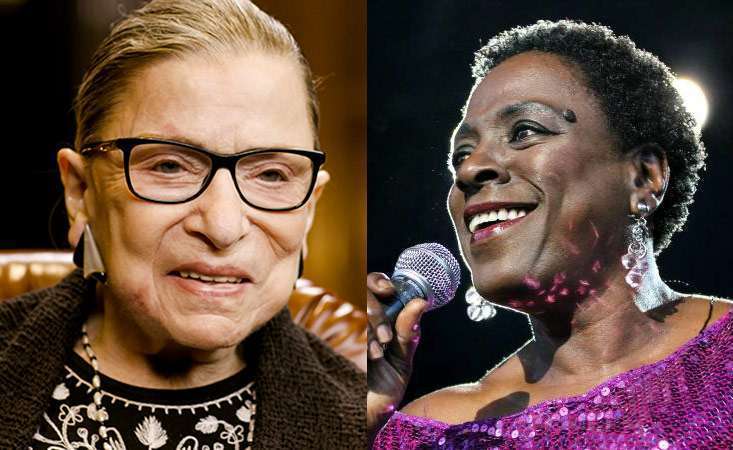 Editors note: Ruth Bader Ginsburg and Sharon Jones are two extraordinary women who battled pancreatic cancer and reached remarkable heights in their professions. The following popular and critically acclaimed documentary films chronicle their journeys encompassing their careers and personal lives. We are republishing this article in honor of the 2019 Academy Award nomination of “RBG” for Best Documentary Feature for the Oscars ceremony airing on Sunday, Feb. 24. 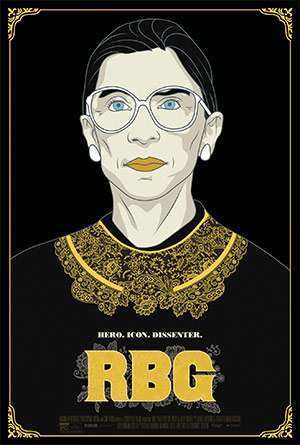 As beautiful views of our nation’s capital roll across the screen, you begin to hear an array of speakers ranting words such as, “She’s a witch. Monster. Evil-doer. A zombie.” And then a soft voice speaks, “I ask no favors for my sex. I surrender not our claim to equality. All I ask of our brethren is that they take their feet off our necks.”

Well-known feminist Gloria Steinem describes Ginsburg in the movie as the closest thing she knows to a superhero. And the highly acclaimed movie shows why.

Cancer has played a strong role throughout Ginsburg’s life. She grew up very close to her mother who lived with cancer during Ginsburg’s high school years, dying from the disease the night before she graduated.

After graduating from Cornell University, she married Martin Ginsburg. They both went to Harvard Law School together, where she was one of nine women in a class of 500 men.

In her second year of law school, her husband got a rare form of testicular cancer. His treatment involved no chemotherapy but a massive amount of radiation. During that period, Ginsburg took care of him and their 3-year-old daughter, while studying law at Harvard.

This experience built the strength of character that would lead her to become the general counsel for the American Civil Liberties Union (ACLU) in the 1970s. Ginsburg explained in the film that the first case she argued before the U.S. Supreme Court in 1973 was essentially to teach the all-male court that gender-based discrimination really existed in the country.

Out of the six cases she argued before the nation’s highest court, Ginsburg won five. The film movingly shows how through each of the cases, she advanced the legal status for women today in the U.S.

Her trailblazing work for gender equality over the years led to her nomination by President Bill Clinton in 1993 as an Associate Justice of the Supreme Court.

In 1999, Ginsburg was diagnosed with colorectal cancer. After her surgery, her treatment included chemo, radiation and working with a personal trainer.

A decade later, during a regular check-up at the National Institutes of Health (NIH), a lesion was discovered in her abdomen. Pancreatic cancer. She had no symptoms of the disease, but fortunately it was discovered in the early stages.

A CAT scan revealed a small 1 cm tumor in the middle of her pancreas. Ginsburg had surgery to remove the body and tail of the pancreas along with her spleen. Then a year later, her husband for 56 years died of complications from metastatic cancer in 2010.

After her bout of pancreatic cancer, Ginsburg said the experience gave her “an enhanced appreciation for the joys of being alive.”

The movie wonderfully portrays how joyful Ginsburg’s life is today at the age of 85. Whether it’s lifting weights and doing push-ups in the gym or giving talks in packed venues nationwide, she beams with a vibrancy that is heartwarming and inspiring.

Ginsburg’s pioneering career and evolution as a pop-culture icon has turned her into a role model for a new generation of feminists. They have tagged her “Notorious RBG,” echoing the late hip-hop innovator Notorious B.I.G.

Like the preamble of the U.S. Constitution proclaims, Ginsburg has strived for “a more perfect union” throughout her life, which RBG conveys with compassion and intelligence. 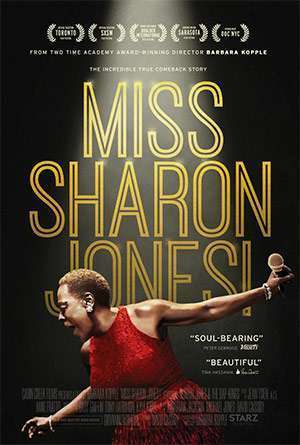 Sharon Jones knew how to fight. The bold soul singer of the R&B funk band The Dap-Kings fought a music industry that told her she was “too black, too fat, too short and too old” to succeed. When pancreatic cancer appeared in her life, the powerful film Miss Sharon Jones! candidly shows how this force of nature would not surrender quietly.

While working on her fifth studio album in 2013, “Give the People What They Want,” her manager, Alex Kadvan, and band members noticed how her eyes began to look yellow and she was losing a lot of weight.

In August, when she met with her oncologist, Dr. James Leonardo, he said a test would help them determine how big the cancer was. She had not even been told yet that it was considered to be cancer.

A Whipple procedure had been performed that removed her gallbladder, the head of her pancreas and 18 inches of her small intestine. Now she was to begin six to seven months of chemotherapy.

Jones and many of her fans loved when she would spin her head to the music while performing, whipping her braids through the air.

Shortly after her pancreatic cancer diagnosis, the movie shows her sitting in a hair salon holding the braids being cut from her head. As her scalp gets shaved with clippers, her jaundiced eyes fill with tears as she realizes how the disease is not only putting a hold on her new record but also on her life.

Close friend and nutritionist Megan Holken offered her home to Jones, while she went through treatment. Jones called her bedroom in Holken’s house her healing room.

During those months of recovery, her energy would only allow Jones to watch TV shows from 9 a.m. to 4 p.m. and occasionally paint. This lack of doing felt strange for Jones who had worked so hard for decades before her commercial success as a singer.

Jones worked as a sanitation officer and as a Rikers Island corrections officer. She was earning a living as a Wells Fargo security guard when she met the Dap-Kings, who would become like family for her.

Because her “band” family and her family in Georgia relied on her working, not touring and performing while she was on treatment made it even harder for all concerned. The film weaves through the tough moments of Jones going through treatment and trying to keep the band going.

Only a woman who had dealt with the hard knocks of decades could handle this kind of pressure and responsibility. You witness how the faith she had in her talent propelled her to see the release of her first full-length album with the Dap-Kings in 2002 at age 46.

This fortitude explains why the film shows Jones short of breath just walking up the stairs to meet with her band for the first time since she started chemo. As they began to rehearse songs for the new album, she tried to convey to them how weak she felt.

Throughout the film, Jones openly shares her vulnerability about the impact of the disease on her personally and professionally. She allowed a photo to be shown of her Whipple surgery scar. While receiving a chemo treatment in the clinic, a few fellow patients recognized her. They told her they were pulling for her to keep making music, and she responded, “We’re pulling for each other.”

After waking up mornings to see that her eyebrows and eyelashes had fallen out, her manager and band wanted her to have a reason to get better. Their new record release was scheduled for February 2014 followed by a full tour.

But it was November, her treatments were coming to an end, and it was time to start promoting the new album. The inspiration that got Jones going was feeling strong enough to work, which meant appearing in the Macy’s Thanksgiving Day Parade and on The Ellen DeGeneres Show.

After her final chemo treatment in January 2014, her upper endoscopy scan came out clean, and she was cleared to hit the road. But her caregiver Holken reminded Jones, “You have to respect this cancer, even in remission.”

Because Jones hadn’t reviewed much of the new music while she was healing, she was fearful about forgetting the lyrics and not having the energy to perform. But she felt that all her hard work was finally paying off, and she needed to honor what her mother told her – to use her gift.

During the opening show of the 2014 tour in New York City, she began singing the first song and forgot the lyrics. As the band kept playing, her bassist gave her a few words of the verse and then she took over.

With each performance in 2014, she got stronger and soon returned to that singing, dancing fury of soul music that people adored. And the music industry took notice as well when “Give the People What They Want” was nominated for a Grammy Award, the first for Jones and the Dap-Kings.

Jones lived by the biblical passage, “May the works I’ve done speak for me.” She never took vocal or musical lessons but simply said, “You just listen, watch and learn.”

During the premiere of the documentary in September 2015 at the Toronto International Film Festival, Jones announced that the cancer had returned. She fought the disease until she passed on November 18, 2016, at age 60.