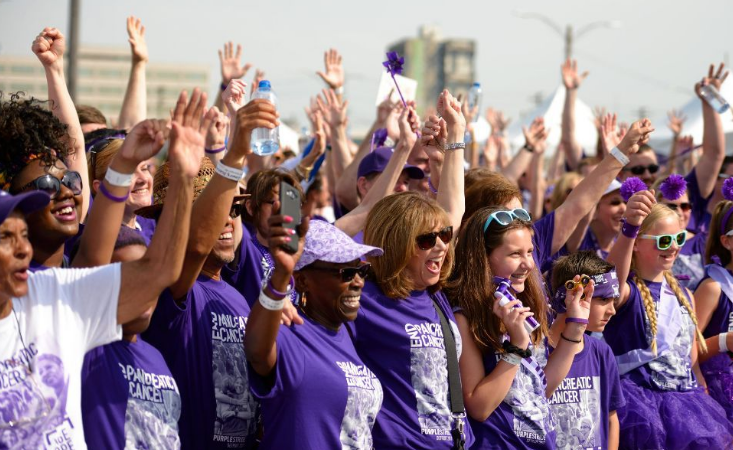 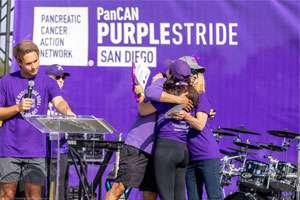 PanCAN PurpleStride gave researchers from these UCPCC campuses a unique opportunity to engage with more colleagues and the people whose lives they are working to improve every day, said Kurt Giles, D.Phil., associate director, UCSF Pancreas Center and director of scientific affairs, UC Pancreatic Cancer Consortium.

“In addition to the opportunity to raise critical funds, I see this as a great example of multiple UC campuses collaborating for a common cause,” Dr. Giles said. 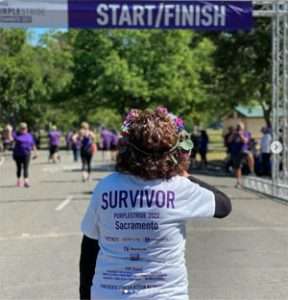 “Institutions are the link to patients in their communities all across the country, and PurpleStride puts it all together – allowing PanCAN to bring our message and resources straight to patients and their families,” she said.

“For participants, it puts a face on the pancreatic cancer community and the people we serve,” Fleshman said. “Next year, it’s our goal to have even more participation from campuses and institutions nationwide, just as the University of California Cancer Centers did. And, with 60 PanCAN PurpleStride events all happening on one big day on April 29, 2023, we’re sure to be in the neighborhood!”

For this year’s five participating UCPCC campuses, even though the emphasis is on the collaboration, there’s also room for a little rivalry.

“Having teams from five UC campuses provided a little friendly competition as we tried to outraise one another!” Dr. Giles said.

Just more inspiration for other institutions looking to participate next year!

There’s still time to donate to PanCAN PurpleStride! You have until June 30 to make a gift to support PurpleStride and create a world in which all patients with pancreatic cancer will thrive.
Share  Tweet
More on:
You may also be interested in...