Young Advocates Changing the Future of Cancer in America 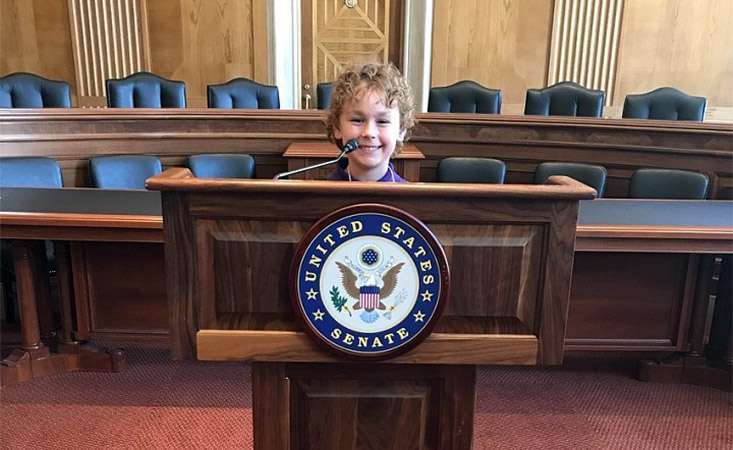 They can’t yet run for office or even vote, but kids across the nation are making their voices heard to advocate for what they believe in. Each year, hundreds of supporters head to Capitol Hill for National Pancreatic Cancer Advocacy Day to explain to members of Congress the importance of funding cancer research. Among them are dozens of young people who are passionate about putting an end to pancreatic cancer. 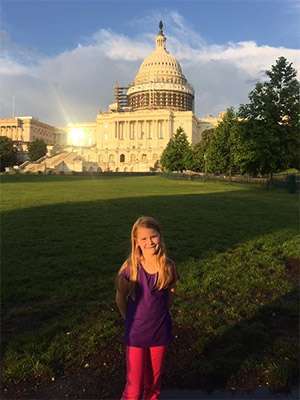 Each year, Lola makes a cross-country journey from her home in Las Vegas to the steps of Capitol Hill. While she’s traveled multiple years, her reason is always the same: to help find a cure for cancer. She plays a role in this important mission by talking to congressmen and women about the importance of funding for cancer research and awareness.

While Lola has many highlights from Advocacy Day, she said she enjoys going to talk to legislators as well as other kids. Plus, she says kids can be way more persuasive when it comes to getting money allocated for research:

“Kids can make a difference,” she said, “because kids are awesome and adults can be boring when they give speeches.”

Lola’s Young Voices Tip: “Stand up for what you believe in. Also, make sure you stay with your group because you do a lot of walking and it’s a big place.”

10-Year Old Logan’s Reason: To Live in a Cancer-Free World 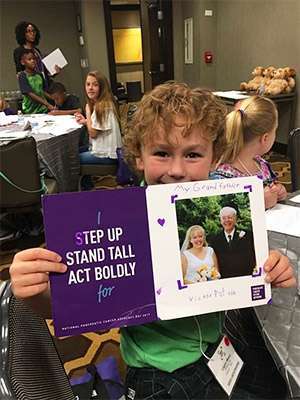 As a fifth grader, 10-year-old Logan is used to adults teaching him. But in June, it is Logan who will do the teaching when he attends Advocacy Day in Washington, D.C. Logan isn’t just teaching regular adults about pancreatic cancer; he’s teaching legislators about the disease and how the decisions they make can help save lives.

“I get to know other kids and why they are supporting and attending Advocacy Day,” Logan said. “It’s almost always because they knew someone with pancreatic cancer.”

For Logan, that someone was his grandfather. He dedicates part of his summer to attending Advocacy Day because his grandfather died when he was just a toddler. Logan never got to know his grandpa and he doesn’t want other kids to have to go through that.

“My big-time goal is that everyone will be cancer-free in the next 15 to 20 years,” Logan said.

14-Year Old Megan’s Reason: To Get Support and to Give It 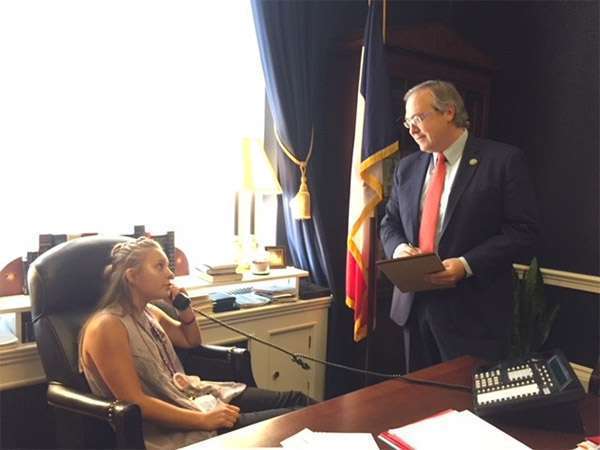 When then five-year-old Megan began going to Advocacy Day nearly a decade ago, her family was the only one from Iowa in attendance. But oh, how things have changed!

“It’s amazing to see what started and where it is now,” Megan said. “When I began going, we didn’t even have a breakout session for Young Voices. Now there are so many kids who you become friends with. It’s nice to see them each year. It’s important for us to have a voice for those who don’t.”

For Megan, that means using her voice for her father. He passed away from pancreatic cancer when she was just two years old. Now the 14-year-old writes letters and speaks to legislators to urge them to increase funding for cancer research.

But going to Capitol Hill isn’t the only reason Megan will attend for the ninth year in a row this June.

“The first time I went to Advocacy Day, I got to meet other kids who were impacted by pancreatic cancer,” Megan said. “I realized I wasn’t the only one going through this. I didn’t feel so alone. It’s also great to meet the people who were able to beat pancreatic cancer and give hope to those who are fighting it right now.”

Megan’s Young Voices Tip: “Speak up, know that you will be heard, and don’t feel intimidated. There were times I wanted say something and no one would let me talk. Now I know I have a voice and I use it.” 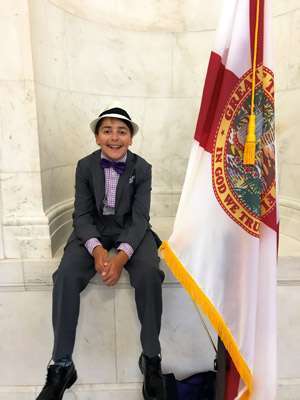 He may only be in eighth grade, but already Jackson is thinking of what he wants to do when he grows up, and the answer is law. The 14-year-old, who lost his grandfather to pancreatic cancer, gets good practice by forming an argument and persuading congressmen and women to support legislation that accelerates research funding.

“We may not be able to vote, but we can make our voices heard,” Jackson said. “Kids my age have even helped change laws.”

This June will be the fifth time Jackson goes to Advocacy Day. He meets with the same staffers each year and they remember him and his passion. He said it’s the relationship-building that helps him with this cause.

“When we show up in a group, there’s power in numbers,” Jackson explained. “By going every year, we show them that we are serious about finding a cure for this disease. Plus, this is a way to remember my grandfather. Taking action is the best way to honor his legacy.”

Jackson’s Young Voices Tip: “Don’t be worried about saying the wrong thing, because there is no such thing as the wrong thing. It’s about making a connection with your legislator. Tell them what happened, make them feel what you’ve been through. You can really make an impact when you make that connection.” 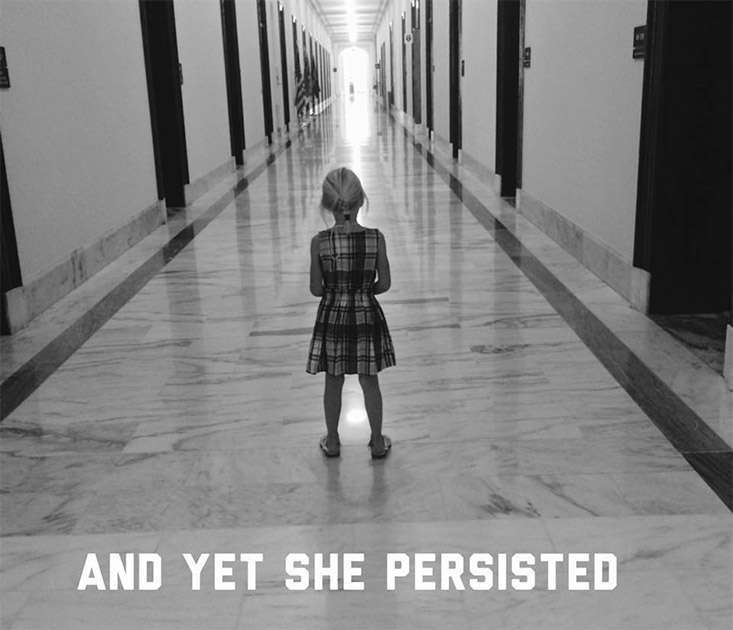 Whether you’re a kid by age, or just a kid at heart, you too can urge your members of Congress to make pancreatic cancer a national priority. Learn more and take action during Pancreatic Cancer Action Week today!
Share  Tweet
More on:
You may also be interested in...