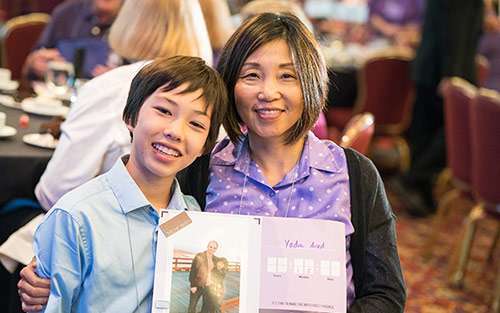 Editor’s note: Daniel Arad, 13, and his mother, Jing Tian, were in Washington, D.C., for the 10th anniversary of Pancreatic Cancer Advocacy Day earlier this week. At last year’s event, he captivated the crowd of more than 600 PanCAN advocates when he shared his very personal connection to pancreatic cancer during a practice session before heading to Capitol Hill to speak with Congress. Here, he shares more of his story, which was originally published this year on Father’s Day. 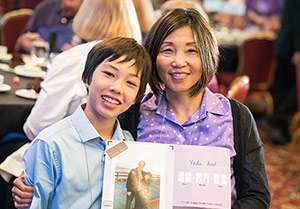 I’m used to raising awareness about pancreatic cancer in general, but I had no idea how to get my voice heard on Capitol Hill – to talk to the people who run our country about an issue that matters to me, until Advocacy Day last year. And it was incredible. I got to speak my mind about how pancreatic cancer has affected me.

He was a physician. Internal medicine and endocrinology. He was a very caring and kind person – someone who put other people’s needs before his own. That was probably a major part of his motivation to become a doctor.

On Aug. 4, almost two years ago, we lost him to pancreatic cancer. 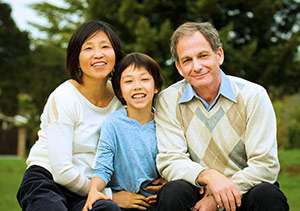 Daniel with his parents. His father, Yadon Arad, MD, passed away of pancreatic cancer almost two years ago.

And today, on Father’s Day, I’m trying not to think about the fact that he passed away, but rather, all that he meant to me. I tried to do that last year, too. He’s always on my mind, but Father’s Day brings all my best memories of him to the forefront.

Today I’m excited to be going back to Washington, D.C., for Advocacy Day because it was so great last year and I also met a lot of people that I want to be alongside of this year. I’ll never forget being asked to come up on stage during the practice round so I could get comfortable sharing my story and speaking with Congress. It was definitely nerve-wracking – I was in front of a bunch of people I’d never met, telling a very personal story, but it gave me encouragement for the next day when I met with our Calif. members of Congress. 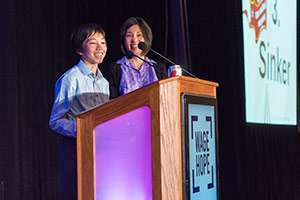 With support from his mom, Daniel practices what he’ll say to members of Congress before a room of 600-plus advocates last year.

I remember feeling like, Woohoo! I can do this. It gave me confidence.

My dad would be proud of how steadfast my mom and I have been in getting involved in this movement. He was a pretty stubborn person, so I think he would be proud to see me hacking away at this issue, going back to D.C. every year to get things done.

My mom says that we go to Advocacy Day to carry out his legacy. That’s true. He lost the fight, but now we get to fight for others.

Get involved in your community, like Daniel and Jing have.