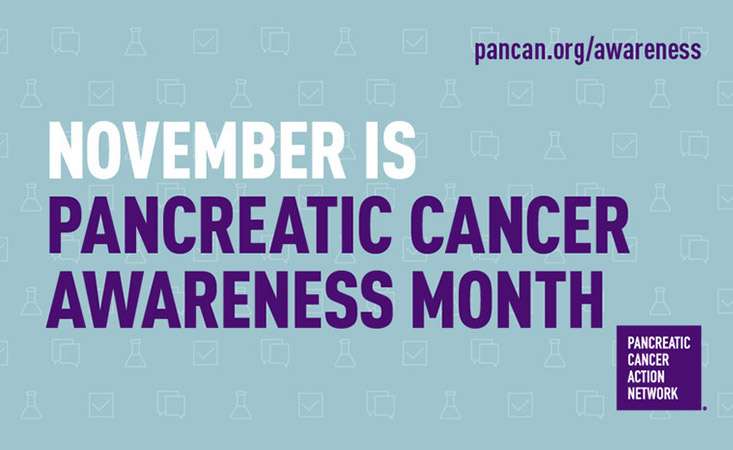 LOS ANGELES, Calif. (Nov. 1, 2021) – The Pancreatic Cancer Action Network (PanCAN) launched its annual Pancreatic Cancer Awareness Month campaign today to raise awareness of the world’s toughest cancer. This November, PanCAN is emphasizing the importance of starting a conversation about testing for pancreatic cancer patients and their first-degree relatives. Joining PanCAN to highlight this campaign is “Yellowstone” actress Jen Landon, who lost her father – actor Michael Landon – to pancreatic cancer in 1991 when she was only 7 years old. Landon is speaking out in a public service announcement (PSA) and digital campaign for PanCAN to encourage families to “Talk, Test, and Take Control,” highlighting three simple steps that could save lives.

“My father passed away from pancreatic cancer only three months after he was diagnosed – two months longer than doctors gave him to live,” said Landon, while on set with PanCAN. “When I started having my own health issues and knowing my own family history with the disease, I decided it was important to me to take control of my health and get tested to understand my own personal risk.”

Previously, it was thought that a person’s risk for pancreatic cancer was increased only if two or more family members were affected and, at that point, genetic testing would be recommended. However, the most recent guidelines released by the National Comprehensive Cancer Network (NCCN) indicate knowing your genetic risk may be important after only one first-degree relative – a parent, child, or sibling – is diagnosed with the disease. Specifically, if the diagnosed family member was found to have a genetic mutation or if they were unable to be tested, it is recommended for first-degree relatives to speak to a genetic counselor about next steps which may include genetic testing. Inherited risk also increases if more family members are affected, or if there is a history of familial breast, ovarian or colon cancer, familial melanoma, or hereditary pancreatitis. PanCAN offers a Family History Worksheet that can be downloaded and completed to start the conversation with your healthcare provider.

“Knowledge is power. For those who may have a brother, sister, mother, father, or child who has had pancreatic cancer, we recommend that you talk to your doctor to help you understand whether you should have genetic testing, and PanCAN Patient Services can help you prepare for that conversation,” said Julie Fleshman, JD, MBA, president and CEO of PanCAN. “PanCAN Patient Services has free resources and information to help you understand why testing is important for early detection of pancreatic cancer, as well as to determine the best treatment options if you’ve already been diagnosed.”

Genetic testing can be requested by a doctor, genetic counselor or other healthcare provider and is most often performed through a blood or saliva analysis. If you learn you have an elevated risk for pancreatic cancer, you may qualify for a surveillance or screening program for regular monitoring, which can also help advance research into early detection for the disease.

For people already diagnosed with pancreatic cancer, PanCAN strongly recommends genetic testing for inherited mutations as soon as possible after diagnosis – which can also help inform family members of their own risk. Additionally, PanCAN recommends all pancreatic cancer patients receive biomarker testing of their tumor tissue through a precision medicine service like PanCAN’s Know Your Tumor® to understand if their biology may help inform treatment decisions.

A study published in Lancet Oncology by PanCAN and Perthera, Inc. in 2020, which analyzed more than 1,000 pancreatic cancer patients enrolled in PanCAN’s Know Your Tumor service, found that patients who receive matched therapies following biomarker testing of their tumor saw an overall survival benefit of one year longer than those who did not.

PanCAN Patient Services offers free, personalized, one-to-one support for patients and families who are interested in learning more about biomarker or genetic testing.

To learn more about PanCAN Patient Services, genetic and biomarker testing, or to see how you can support the nonprofit’s efforts and take action all month, including on World Pancreatic Cancer Day (Nov. 18), visit pancan.org and follow PanCAN on Twitter, Instagram and Facebook.