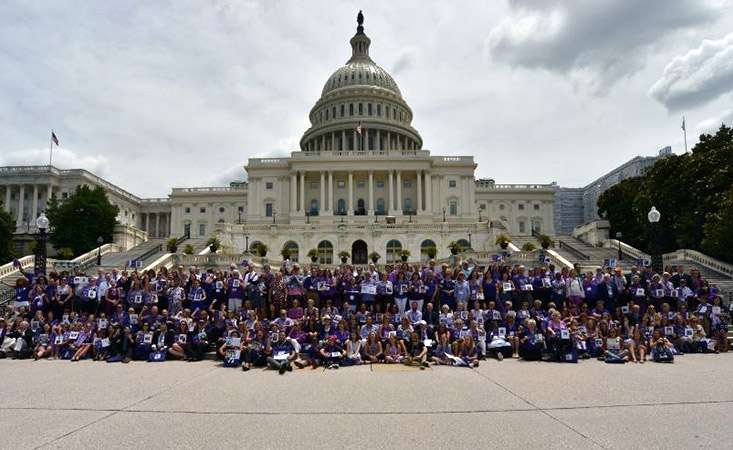 LOS ANGELES, Calif. – (Dec. 22, 2020) – Congress delivered a key victory for pancreatic cancer patients and researchers today by passing its Fiscal Year (FY) 2021 budget. In response to the advocacy efforts of the Pancreatic Cancer Action Network (PanCAN), the spending package includes $15 million for the Department of Defense’s (DoD) dedicated Pancreatic Cancer Research Program, more than doubling last year’s inaugural investment. In addition, the package includes an overall increase in the nation’s investment in biomedical research funding of $42.9 billion to the National Institutes of Health (NIH) and $6.56 billion to the National Cancer Institute (NCI).

Pancreatic cancer is the third leading cause of cancer-related death in the U.S. with a five year survival rate of just 10 percent. In 2020, an estimated 57,600 Americans will be diagnosed with pancreatic cancer and approximately 47,050 are expected to die from the disease, underscoring the urgent need for more funding to advance new research discoveries in this space. Currently, more than 80 percent of research funding for pancreatic cancer comes from the federal government.

In June 2020, PanCAN hosted a Virtual Advocacy Week during which nearly 6,000 constituents including pancreatic cancer survivors, caregivers and those who have lost loved ones to the disease, participated in more than 100 virtual congressional meetings, logged nearly 2,000 calls and sent more than 18,000 emails, reaching every member of Congress to share their personal stories and ask their congressional representatives to support the organization’s legislative priorities.

“I am amazed by our relentless advocates who passionately educate Congress about how pancreatic cancer has impacted their lives and the need for research funding to advance early detection tests and new treatments,” said Julie Fleshman, JD, MBA, president and CEO of PanCAN. “This year we lost so many icons to pancreatic cancer including Justice Ruth Bader Ginsberg, Representative John Lewis and Jeopardy! host Alex Trebek. We are so grateful to our champions in Congress who work side-by-side PanCAN advocates to prioritize pancreatic cancer research funding.”

As a result of PanCAN’s ongoing advocacy efforts, the House Defense Appropriations committee included $10 million for the Pancreatic Cancer Research Program at the DoD when the FY21 Defense Appropriations Act was reported out of committee in July, a $4 million increase from the previous year’s investment. As the bill was moving through to final passage in the House, Representatives André Carson (D-IN) and Anna Eshoo (D-CA) introduced an amendment to increase funding for the program by $5 million in honor of their colleague and civil rights icon, Representative John Lewis (D-GA), who passed away from pancreatic cancer earlier this year, bringing the total funding investment to $15 million.