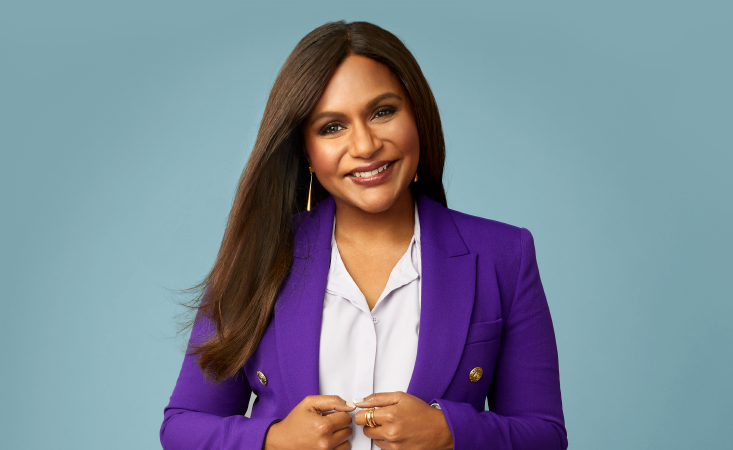 LOS ANGELES, Calif. – (Mar. 30, 2022) – Today, the Pancreatic Cancer Action Network (PanCAN) has released a new public service announcement (PSA) featuring beloved actor, writer and producer, Mindy Kaling, promoting PanCAN PurpleStride, the ultimate event to end pancreatic cancer, for which Kaling serves as the official brand ambassador. The PSA launches one month ahead of its largest nationwide fundraiser being held in nearly 60 communities across the country on Saturday, April 30, with a vital call to action; join PanCAN PurpleStride and register for free today to raise critical funding for the world’s toughest cancer. Kaling’s PSA is part of a robust marketing campaign to promote the upcoming event.

The cause is a personal one for Kaling, who lost her mother to pancreatic cancer in 2012, just eight months after diagnosis. As a long-time supporter of PanCAN, Kaling lends her celebrity voice to raise awareness and encourage the public to register for PanCAN PurpleStride. This event is the number-one way the organization attracts supporters, volunteers and donors to advance progress against pancreatic cancer and to improve the lives of everyone impacted by the disease.

“This is a battle I never thought I’d fight… If we work as a team, pancreatic cancer patients won’t just survive, but thrive,” said Kaling in her PSA recording. “Join me on Saturday, April 30th at PanCAN PurpleStride and take steps to end pancreatic cancer.”

With an overall five-year survival rate of just 11 percent, pancreatic cancer is currently the third leading cause of cancer-related death in the U.S. and is on course to being the second leading cause by 2030. This year, more than 62,000 people will be diagnosed with pancreatic cancer in the U.S., and nearly 50,000 will die from the disease. While pancreatic cancer has received more attention recently due to many prominent individuals who have passed, including “JEOPARDY!” host Alex Trebek, actor Willie Garson, Supreme Court Justice Ruth Bader Ginsburg and U.S. Representative John Lewis, an increase in public awareness and research funding remains critical.

“PanCAN PurpleStride is a powerful community event giving everyone who has been affected by pancreatic cancer a meaningful opportunity to make an impact on this disease through greater awareness and fundraising,” said Julie Fleshman, JD, MBA, president and CEO of PanCAN. “We continue to be grateful that Mindy Kaling chooses to honor her mother by lending her significant voice to this cause and campaign.”

For the first time ever, PurpleStride will rally local efforts into one nationally synchronized event. City-by-city, supporters will walk the nation in solidarity to raise national awareness and much needed funds for pancreatic cancer. This year’s goal is to raise $16.5 million in nearly 60 communities, all on April 30, 2022. After two years of virtual events, PanCAN PurpleStride will once again be hosted in person nationwide. Approximately 70,000 participants across the country are expected to come together and anyone can register to participate for free at www.purplestride.org.

“The pandemic caused so much isolation, so I am looking forward to being with other people again, particularly those whose families know the battle and struggles of a family member with pancreatic cancer,” said Kaling. “I am excited to meet people who have been through the same thing as me and have the same will and drive to help end this disease.”

PanCAN PurpleStride is generously supported by national sponsors, Ipsen, AbbVie and Immunovia, Inc. To find and register for a local PurpleStride event in your community, visit www.purplestride.org. Those who are unable to attend a local event in their community can still participate by joining the nationwide event, PurpleStride USA, and registering for free.