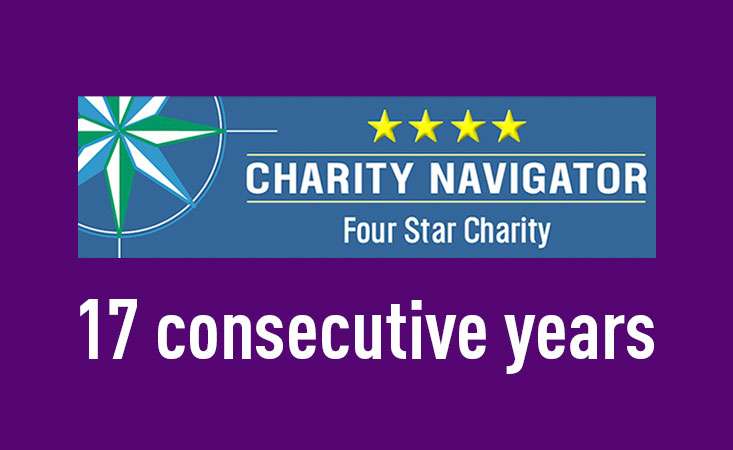 LOS ANGELES, Calif. – (August 12, 2021) The Pancreatic Cancer Action Network (PanCAN), a leading nonprofit in the fight against pancreatic cancer, announced today that it has earned a four-star rating – the highest rating an organization can receive – from the top nonprofit evaluator, Charity Navigator, for the 17th consecutive year. According to a representative from Charity Navigator, only 21 organizations out of more than 9,000 rated, or fewer than 1% of rated organizations, have received the distinction of a four-star rating with the same consistency as PanCAN.

Charity Navigator is the world’s largest independent nonprofit evaluator. Their approach to assessing nonprofits is objective and data-driven, analyzing the company’s financial health as well as accountability and transparency. Organizations like PanCAN that receive a four-star rating are considered to be exceeding industry standards in these areas and typically outperform most charities in their cause. Charity Navigator’s reliable, third-party assessments are free to donors of all giving levels and provide data and resources to guide their philanthropic decision-making.

“We know our generous donors trust us to be responsible with their gifts and we are committed to transparency in how we steward those funds in our work to improve outcomes for pancreatic cancer patients,” said Julie Fleshman, JD, MBA, president and CEO of PanCAN. “I’m extremely proud to report this most recent news from Charity Navigator.”

PanCAN speaks directly with more pancreatic cancer patients than any other organization in the world, offering patients and caregivers free, personal one-to-one support and resources, including information about clinical trials, through PanCAN Patient Services.