Conventional therapies have been unable to improve the survival for the deadliest cancers, necessitating novel approaches. President Obama’s Precision Medicine Initiative is an important investment to advance cancer research and arm the scientific and medical community with the cutting edge tools and resources needed to provide novel, personalized treatment options for patients. The Coalition, in partnership with the Congressional Caucus on the Deadliest Cancers, will hold a briefing on Capitol Hill to address what precision medicine means for the nation’s deadliest cancers, defined as those with a five-year survival rate below 50 percent. The Federal Government and the NCI have an essential role in creating the building blocks so that we can leverage the promise of these opportunities.

“The Path to Precision Medicine for the Deadliest Cancers” will be held on Tuesday, March 10 at 10am in 122 Cannon House Office Building.

Large-scale genomic studies conducted in the United States and through international efforts have identified genetic changes in some of the deadliest cancers, a critical first step in devising precision medicine strategies. For example, in pancreatic cancer, a new study recently published in the prestigious scientific journal Nature has confirmed the importance of genes previously known to play a critical role in the development and progression of pancreatic cancer, such as KRAS, and also revealed many other genes that may have a role in the disease. Next steps will be to determine which of these abnormalities can inform treatment options and lead to precision medicine approaches.

“The findings published in Nature and other studies have laid the groundwork for precision medicine to improve patient outcomes for pancreatic cancer, which has the lowest five-year survival rate among the deadliest cancers at just seven percent,” stated Julie Fleshman, president and CEO of the Pancreatic Cancer Action Network. “It is critical for Congress to provide a meaningful increase to the NCI so that priority initiatives, such as precision medicine, that have the potential to improve survival for our nation’s most lethal cancers can be fully implemented.”

“Congressional investment in The Cancer Genome Atlas (TCGA) has produced measurable advances in the field of oncology research, including high-mortality cancers like glioblastoma multiforme -- the most common and deadly malignant brain tumor, and the first tumor-type sequenced by the project,” said David Arons, Chief Public Policy and Advocacy Officer, National Brain Tumor Society. “We are just beginning to realize new strategies in precision medicine based on molecular subtypes uncovered by TCGA. Now is the time for Congress to recommit to funding this type of leading-edge research.”

“Over the past 35 years, just three drugs have been approved in the United States for the treatment of stomach cancer patients, all with limited effectiveness,” said Jaffer Ajani, MD, Medical Advisory Board Chairman of Debbie’s Dream Foundation: Curing Stomach Cancer and medical oncologist from MD Anderson Cancer Center.  “The Cancer Genome Atlas (TCGA) has provided stomach cancer researchers with useful information, but it will not benefit patients without further research that can put TCGA discoveries on a path to better treatments.  Only Congress can make sure that the return on investment from TCGA is fulfilled by committing additional research resources to stomach cancer and other deadly cancers.”

The Coalition acknowledges setting federal spending priorities under the existing spending caps is challenging, however in order to make progress on our nation’s most challenging cancers, we must expand the funding opportunities available at the NCI. The current medical research funding situation cannot continue. We ask that Congress take a strong stand against the further erosion of cancer research funding and that additional steps are taken to put this nation on a new path toward providing hope to the hundreds of thousands of patients who currently have none.

About the Deadliest Cancers:
The deadliest cancers are defined by the Recalcitrant Cancer Research Act as those with a five-year survival rate below 50 percent. While there are various types of cancers that fall under this definition, it is worth noting that nearly half of the 589,430 cancer deaths expected in 2015 will be caused by eight site-specific cancers that meet the deadly cancer definition: ovary, myeloma, brain, stomach, esophagus, lung, liver, and pancreas.

Some of the similarities that unite these cancers are that there are few early detection tools and/or effective treatments and research is desperately needed to change the extraordinarily low survival rates. But there is hope for many of these diseases. In fact, as a direct result of the Recalcitrant Cancer Research Act (Public Law 112-239), the NCI has released “scientific framework” reports outlining priority areas of research focus for pancreatic cancer and small cell lung cancer. These reports demonstrate the vast potential for progress in diseases that are currently among our nation’s leading killers. That promise, however, is being severely under-cut by the steady erosion of funding for the NCI.

About the Deadliest Cancers Coalition:
The Deadliest Cancers Coalition is a collaboration of national non-profit organizations focused on addressing policy issues related to our nation’s most lethal, or recalcitrant, cancers, defined as those that have five-year relative survival rates below 50 percent. It was established in 2008 by the Pancreatic Cancer Action Network and other patient advocacy organizations and professional societies. To learn more, visit deadliestcancers.org

ALL OTHER INQUIRIES, PLEASE CALL THE PANCREATIC CANCER ACTION NETWORK AT 877-272-6226 OR EMAIL INFO@PANCAN.ORG. 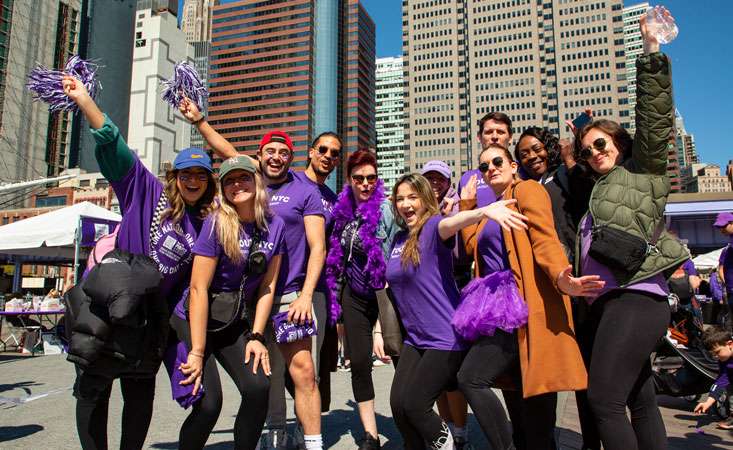 We Want to See You at PanCAN PurpleStride 2023!