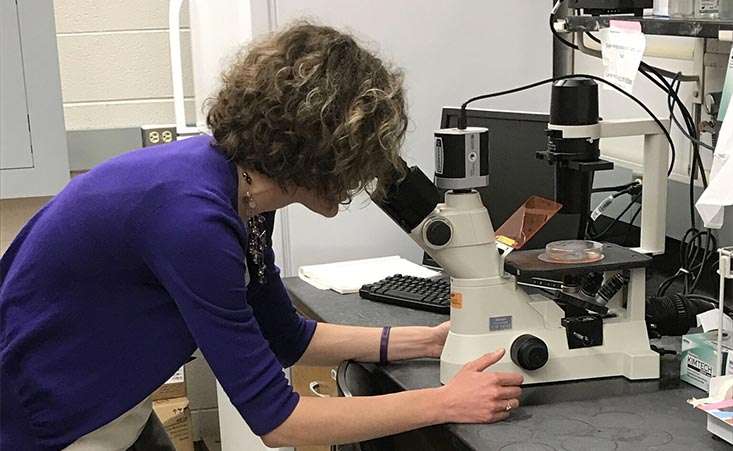 “This is an exciting day for the pancreatic cancer community,” said Julie Fleshman, JD, MBA, president and CEO of PanCAN. “Patients and their loved ones are seeking research findings like this that will move the needle on better understanding the biology of pancreatic cancer and ultimately, create more effective treatment options.”

The complementary papers – one of them from the Lineberger Comprehensive Cancer Center at the University of North Carolina, led by Channing Der, PhD, and the other from the Huntsman Cancer Institute at the University of Utah, led by Martin McMahon, PhD – suggest a unique way to use drugs to target proteins activated by KRAS, the most commonly mutated protein in pancreatic cancer. KRAS itself is often considered “undruggable,” because previous efforts to therapeutically block it directly have been unsuccessful.

“We assumed that by blocking proteins in the KRAS pathway, we could stop cells from a process known as autophagy, whereby cells ‘eat’ their own components for energy,” said Kirsten Bryant, PhD, first author of the paper from the Lineberger Cancer Center group and a PanCAN research grant recipient along with her postdoctoral mentor, Der. “But we were surprised to find the opposite was true.”

Instead, both research teams found that autophagy got even stronger when KRAS signaling was turned off. By blocking the KRAS protein signaling pathway in addition to the way cells gather and break down nutrients for survival, both studies suggest that the pancreatic cancer cells will die.

Next, both research teams plan to formally test their findings in clinical trials, which will determine the safety and effectiveness of their approach in patients.

“The papers are stronger together,” said Bryant. “I’m so proud of the work we are doing, and none of it would be possible without PanCAN.”