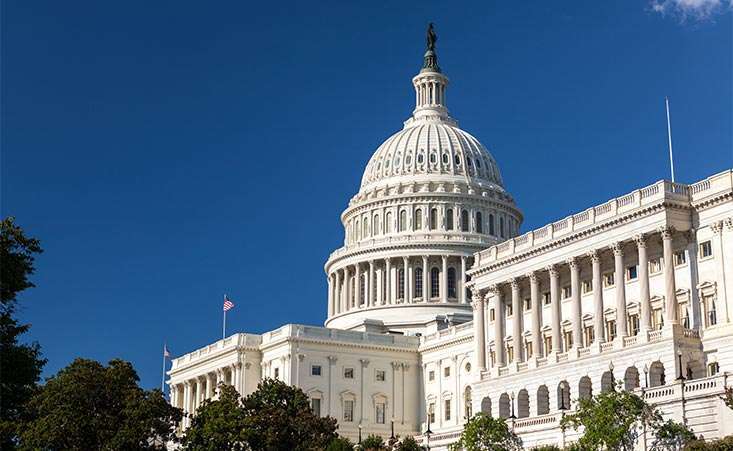 The Pancreatic Cancer Action Network (PanCAN), a leading patient advocacy organization dedicated to fighting the world’s toughest cancer, is thrilled that the U.S. House of Representatives approved $15 million for the dedicated Pancreatic Cancer Research Program at the Department of Defense (DoD), building on the inaugural investment of $6 million in 2019. The next step is to have this bill voted on and approved by the Senate later in 2020.

During PanCAN’s Virtual Advocacy Week in June, nearly 6,000 constituents including pancreatic cancer survivors, caregivers and those who have lost loved ones to the disease, participated in more than 100 virtual meetings, made nearly 2,000 calls and sent more than 18,000 emails, reaching every member of Congress with the organization’s ask to increase funding for the Pancreatic Cancer Research Program at the DoD from $6 million to $10 million.

As a result of PanCAN’s ongoing advocacy efforts, in mid-July, the House Defense Appropriations committee included $10 million for the Pancreatic Cancer Research Program when the Fiscal Year (FY) 21 Defense Appropriations Act was reported out of committee. As the bill was moving through to final passage, Representatives André Carson (D-IN) and Anna Eshoo (D-CA) offered an amendment to increase funding for the program by $5 million in honor of their colleague and civil rights icon, Representative John Lewis (D-GA), who passed away from pancreatic cancer earlier this month. The full House responded in support and the FY 21 Defense Appropriations Act was passed by the House as part of an Appropriations minibus with $15 million dedicated to pancreatic cancer research. As a next step, the Senate will need to consider and pass their version of the bill before final passage by both chambers.

PanCAN is grateful to Reps. Eshoo, David McKinley (R-WV) and Joe Kennedy (D-MA) for their steadfast support and continued leadership championing increased federal funding for pancreatic cancer. The organization also extends sincere gratitude to Reps. Carson and Eshoo for their thoughtful tribute to Rep. Lewis. The additional funding included as a result of their amendment has the potential to impact the lives of thousands of pancreatic cancer patients across the country. Finally, this milestone would not have been possible without the extraordinary advocacy efforts of PanCAN’s passionate volunteer community.

The House-approved funding increase is for the Pancreatic Cancer Research Program administered through the DoD’s Congressionally Directed Medical Research Program (CDMRP). This first ever dedicated pancreatic cancer program was created in 2019 in response to PanCAN’s advocacy efforts and with the leadership of PanCAN’s champions in Congress. The creation of this program was a key achievement as PanCAN works to improve patient outcomes and increase federal investment for the disease. The research portfolio at the DoD compliments that at the National Cancer Institute (NCI) and focuses on high-impact research to accelerate discoveries of new treatments and early detection strategies.

Pancreatic cancer is currently the third leading cause of cancer-related death in the U.S. with a five-year survival rate of just 10 percent. In 2020, an estimated 57,600 Americans will be diagnosed with pancreatic cancer and approximately 47,050 are expected to die from the disease, underscoring the urgent need for research discoveries in this space. Currently, more than 80 percent of research funding for pancreatic cancer comes from the federal government.