Press Releases  Survey: More Americans Are Aware of Pancreatic Cancer Than Ever Before

Survey: More Americans Are Aware of Pancreatic Cancer Than Ever Before 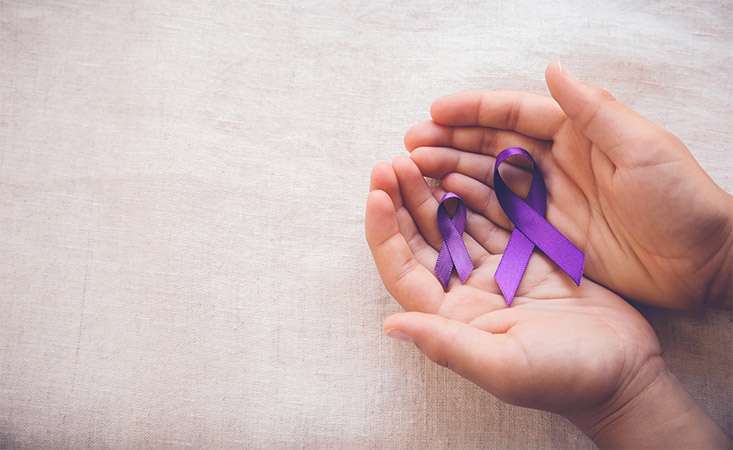 Significantly Higher Awareness Among Females, As Well As Northeast Residents

The omnibus survey, conducted by Russell Research in December 2017, measured awareness of pancreatic cancer as well as PanCAN, a nonprofit organization dedicated to fighting the world’s toughest cancer via research, clinical initiatives, patient services and advocacy.

When the survey asked respondents to name the first five types of cancer that came to mind, 24 percent of participants mentioned pancreatic cancer, up from 19 percent the previous year (December 2016). Additionally, 13 percent of those asked had heard of PanCAN.

“This trend toward increased familiarity of pancreatic cancer and PanCAN is encouraging,” said Julie Fleshman, JD, MBA, the president and CEO of PanCAN. “Awareness plays an important role in meeting our goals to improve patient outcomes and double survival by 2020. Greater awareness means more people know about pancreatic cancer signs and symptoms, where to find specialists and how to obtain the very best treatment options, like clinical trials.”

The greatest surges in awareness occurred with female respondents between the ages of 18 and 34 and among individuals who live in the Northeast.

“I especially commend our amazing volunteers across the country for their efforts in raising awareness about pancreatic cancer in communities nationwide,” Fleshman said. “This survey shows that we’re also on the right track in educating people about PanCAN and the services we provide to patients and caregivers.”

A total of 683 interviews were completed in December. In order to qualify for study inclusion, respondents had to be 18 years of age or older and have donated a minimum of $25 and/or five hours of time to a charity in the past year. The margin of error for this research was +/- 4.3 percent.