Life After Loss  Stories of Hope  A Father’s Legacy of Service, Remembered and Continued

A Father’s Legacy of Service, Remembered and Continued 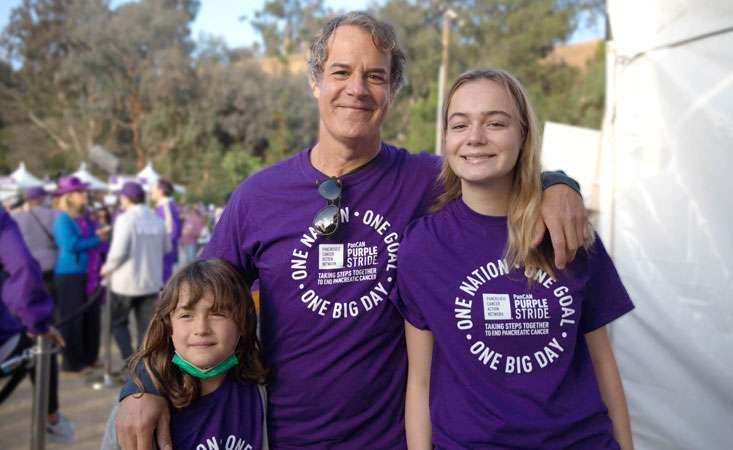 Editor’s note: Today we’re paying tribute to all fathers and father figures in our lives. Here, actor Josh Stamberg shares memories of his father and his lasting influence.

For Josh Stamberg and daughters, ages 14 and 8, petal, thorn, bud is a touchstone of their day. Time to reflect on what was good (petal), challenging (thorn), and what they’re looking forward to (bud).

Family is everything to Josh. And so is being grateful for all good things in life and the ability to give back in any way. He grew up with this mindset.

“I count my lucky stars for my parents,” he said. “They showed me the importance and responsibility of using your own good fortune to help others.”

On his mind regularly is, “How can I make a difference, in the least likely of places?”

And “What can I do to help make sure future generations don’t have to face pancreatic cancer as we know it?”

As well as “How can I best honor my father and carry on his legacy of service to others?” 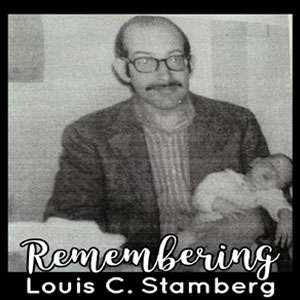 Josh and his dad, Louis Stamberg

Louis Collins Stamberg was Josh’s father, and he lived to help other people. He was a giver, through and through. Always kind and compassionate.

You could see this in Louis’s 35-year career, too. He worked in the U.S. State Department’s Agency for International Development, creating infrastructure in developing countries throughout Africa and beyond.

“In memory of Sweet Lou,” a close friend of Josh’s wrote in tribute, when she made a donation to support Josh’s recent PanCAN PurpleStride fundraising efforts.

Louis’s stage 3 pancreatic cancer was discovered post-retirement, after a bout of pancreatitis. A Whipple procedure to remove the tumor was attempted at Johns Hopkins, but the surgeon was unable to complete the surgery – the cancer had already spread. He lived about eight more months and died in October 2007, just before his 71st birthday.

Louis was a quiet man, who came from a family of deep thinkers.

“An astute intellectual,” is what one of Josh’s high school teachers said about Louis.

Among Josh’s memories of him: “You could usually find him behind The Washington Post and The New York Times, reading about policy and politics. He was a walking cranium.”

Louis was a devoted civil servant throughout his career. When he retired, his life still flourished.

French lessons. Cooking lessons. Reading to the blind every week. Continuing to travel the world with his wife and best friend Susan Stamberg, the renowned NPR journalist, to whom he was married for 45 years before he passed.

Louis followed in his own father’s footsteps, attending Harvard Law School. After earning a law degree, he felt called to help others in a different way. Soon after he and Susan married, they moved to India and Louis helped set up a path for economic development in Delhi.

“What my parents saw in India helped shape their sense of service, and my mom still carries that forward in her work as a journalist,” Josh said. 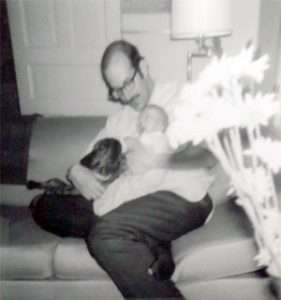 Josh was an only child, and Louis and Susan were, too. Close family time was especially cherished, and for special occasions or holidays, the three enjoyed doing simple things together, like walks through their Washington, D.C., neighborhood.

Even after Josh left home for college, the closeness continued.

“During times of transition or challenges in my life, my dad would always show up. He was a master listener and the go-to when I needed clear, thoughtful and sound philosophical advice.

“He also always knew what NOT to say. He had great restraint and discipline. I learned so much from him about how to ask good questions and really listen.”

When Josh pursued an acting career, he remembers wondering if his dad would feel that his work was important.

One day, when Josh was acting in NBC’s “Studio 60 on the Sunset Strip,” his dad visited.

“He came to the Warner Brothers studio in Los Angeles, pulled up a chair on set, and just observed,” Josh said. “He marveled at how different it was from his career and later told me, ‘What you do is incredible. It’s something I would never be able to do.’

“I’ll never forgot how proud that made me.”

Louis passed away just months before his first grandchild was born.

“He didn’t get to enjoy that gift during his time on this planet, and it still crushes me,” Josh said. “It’s brutal that my girls and my dad didn’t get to share a connection. They would have lit him up, and vice versa.”

Reflections on a Father, by a Father

Josh got involved with PanCAN after learning how the organization helps pancreatic cancer patients and families, funds groundbreaking research and increases awareness for the disease.

In addition to fundraising for PanCAN PurpleStride Los Angeles, he participated in PanCAN Action Week just last week, calling and emailing his members of Congress to share how pancreatic cancer affected his family. He urged Congress to increase federal research funding for the disease.

“I do whatever I can to make a difference for other families going through pancreatic cancer,” he said.

“I feel my best – and the most whole – when I’m being of service. And when I get full goosebumps, I know I’m in the right place, doing the right thing.”

This Father’s Day, Josh looks forward to hanging out with his family. Just like how he spent the day with his dad when he was growing up. A walk in the family’s Los Angeles neighborhood. Maybe a handmade card or letter from his daughters, as he did for his dad.

Father’s Day is a good time to reflect.

On Louis’s lasting influence on Josh.

On a father gone too soon.

And on how much of a difference Josh hopes to make for people facing pancreatic cancer, as he carries on Louis Stamberg’s legacy.