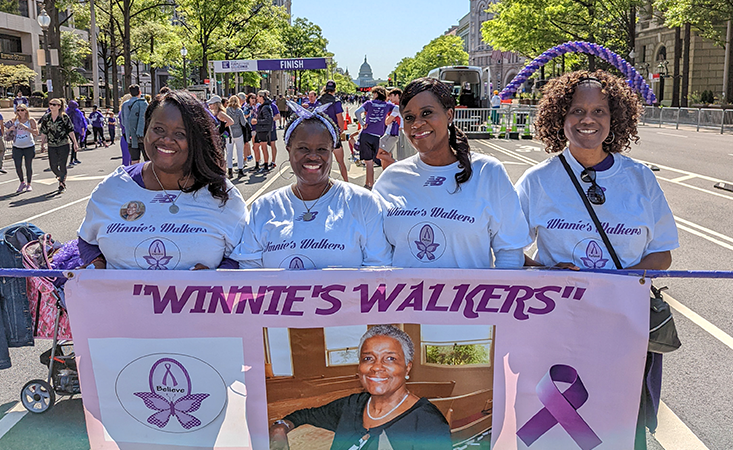 Editor’s note: Today we’re paying tribute to all mothers and mother figures in our lives! Here, a story about one incredible mom and the daughters who continue her legacy.

“Your mother was an angel on Earth,” they said.

“She gave me the coat off her back one winter day when I was cold.” 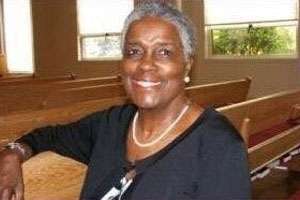 At Mary Winifred “Winnie” Harris Freeman’s wake and funeral in November 2012, over 1,000 people who loved and looked up to her gathered to say their goodbyes. And to tell the family how much better she made life for them.

The service was at Holy Comforter-St. Cyprian Roman Catholic Church in Washington, D.C., close to the U.S. Capitol, and an acquaintance of the family’s told them later that they had seen so many cars parked, they thought a dignitary had passed away.

The mother who worked for the USDA as an Equal Employment Opportunity Specialist was, in her career and in her personal life, all about helping others.

She was always giving back. Helping the homeless. Volunteering with the suicide prevention hotline. Visiting women’s shelters. She taught her children to do the same. Among her daughters’ favorite memories growing up are of regular visits to the Oblate Sisters of Providence, the nation’s oldest order of African American Catholic nuns.

At Super Bowl time, she would bring the party to them.

“To this day, we take a Super Bowl party to the nuns!” said daughter Marcie Freeman. 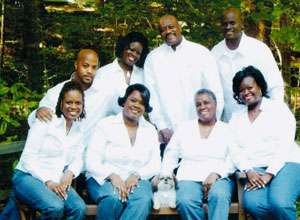 And for the past decade, they have championed the pancreatic cancer cause, donated, raised funds, raised awareness, and participated in PanCAN PurpleStride Washington, D.C., with Team Winnie’s Walkers, which they started in 2013.

‘If She Were Alive, She Would Be Doing This’

The sisters are full of fun stories and wonderful memories of their mom and her big heart.

Take the time that Marcie won a large sum at Bingo. She shared her winnings with her parents and siblings but then later learned that her mom gave her amount away to someone else. “That was her,” Marcie said, “always wanting to bless someone or make someone else happy.”

Winnie was also known for her sense of humor AND her dancing. Marcie took her mom with her to a wedding once. “She was my plus-one,” she said. “I left her alone for a few minutes to go to the ladies’ room, and when I came back, she had all the wedding guests in a ‘Soul Train Line.’”

She loved to entertain.

“As long as you have a can of Cheez Whiz, it’s a party!” Winnie was known to say.

When people mentioned to Winnie that she would make a great clown, she was game. 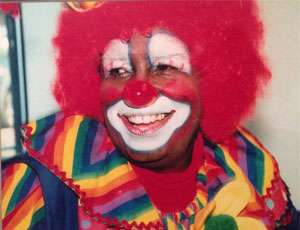 “After she retired, she went to Clown College, and from then on she was known as ‘Winnie the Clown from Clown Town,’” Kara said.

Missy remembered helping Winnie do face painting at one event, where she was “clowning around” in her costume.

“I looked up from painting and realized mom wasn’t with me. I spotted her up at the front of the crowd – in her clown costume, dancing.”

Winnie was the life of the party, never sidelined…Debbie remembers seeing Winnie on CNN once – all the way from Debbie’s office at the American Embassy in Venezuela. Her mother was in the famed Cherry Blossom Festival Parade in Washington, D.C., with her clown troupe, waving to crowds and enjoying the spotlight.

Never sidelined…until August 2012, one month after her 50th wedding anniversary. The family was at a crab feast, and although Winnie was dancing and enjoying herself, Marcie remembers her saying, “Don’t make me laugh so much – my stomach hurts.”

She lived for 68 days after a stage 4 diagnosis and died on Nov. 4, 2012. She was 71 years young. Winnie’s brother had also died of pancreatic cancer many years before.

After Winnie’s death, Missy found PanCAN and saw that PanCAN PurpleStride was happening in their city. She told her family they should start a team and participate.

Kara said, “That first year, so many people wanted to do something…to be a part of something big. A lot of people came out who weren’t part of our family and some who didn’t even know my mom. We’ve been striding ever since.”

The sisters are PanCAN PurpleStride Grand Club members, raising over $1,000 individually for PanCAN. Winnie’s Walkers, captained by Marcie, raised over $6,700 this year.

“It’s healing for us to be involved with PanCAN. It’s one way that we celebrate our mother that heals us,” Kara said. “And if she were alive, she would be doing this, too. A friend of mine donated $100 this year and said, ‘This is for a woman I wish I could have known.’” 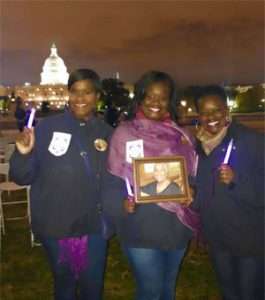 From left, Missy, Kara and Marcie at PanCAN PurpleLight.

On April 30, 60 PanCAN PurpleStride events were held across the country. It was the first time since 2019 that PurpleStride had been in-person.

“We stride so that no others have to go through what we did,” Kara said. “The tears come at PurpleStride, but they are not just sad tears. Yes, it’s overwhelming how much I miss my mom and how many people are impacted by this horrific disease. But at PurpleStride, you see that you are not alone. That you can channel your energy and do something to make a difference.

“Like my mom always said, if we can help just one person in life, it’s not in vain.”

For World Pancreatic Cancer Day each November, they remind everyone they know to wear purple and post on social media. Many make donations to PanCAN. The family also participates in PanCAN PurpleLight, an annual event to honor and remember those affected by the disease.

“When people see the survival rate going up, and how excited we are about that, it makes them want to support us,” Kara said.

“It makes me feel better that what we are doing for this cause proves that Mom’s job on Earth isn’t done – that we can continue to impact people through the kind of work that she loved.”

On significant occasions, like Winnie’s birthday or the anniversary of her death, they treat themselves to one of her favorites – hot fudge sundaes. They take a day off work every Nov. 4, place flowers on her grave, and remember her with a dance in the cemetery.

“We want to keep her traditions alive – they are part of her legacy,” Missy said.

Also part of her legacy is the family’s close bond. Into adulthood, the Freeman children accompanied their parents to Friday movie nights and to Georgetown University men’s basketball games. Winnie taught her children to love each other and be there for each other always.

In 2013, approaching the first Mother’s Day after Winnie’s passing, her daughters wanted to pretend the day wasn’t happening. Even the sight of Mother’s Day cards in stores was too much. How to best celebrate her in this new world without her, they wondered.

Then, inspired by their mom’s love of travel – “she was always ready to go, and she especially liked the beach,” Debbie said – they decided to take a trip to the beach for the weekend.

They shopped, ate delicious food, laughed, cried, and remembered. They shared stories of their annual mother/daughter Christmastime trips with Winnie to New York City to see the Rockettes and Broadway musicals.

They played her favorite songs from Jay-Z and Alicia Keys, and they danced.

This Mother’s Day, the sisters are spending the weekend at Debbie’s home on the Eastern shore.

There may be Cheez Whiz on hand. In honor of an angel on earth.

Your life was a blessing, your memory a treasure. You are loved beyond words and missed beyond measure. We love and miss you “muchly.” Your loving spirit and legacy will forever live on in each of us! Love, The Family