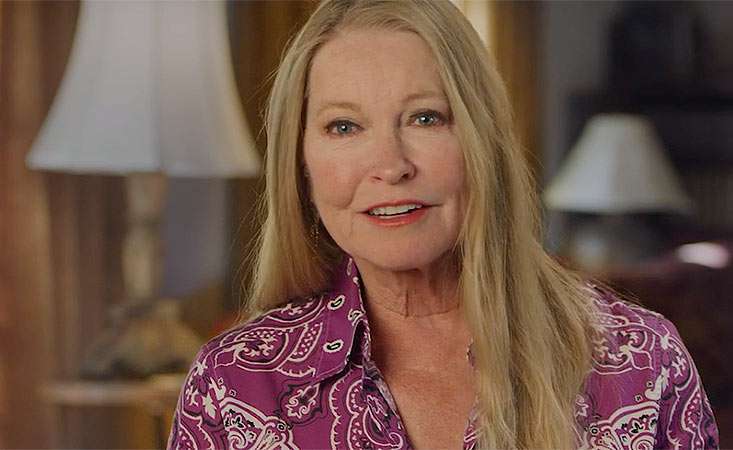 Editor’s note:  Aug. 18, 2022 would have been Patrick Swayze’s 70th birthday. We’re republishing this blog in tribute to Patrick and in gratitude to Lisa Niemi Swayze for all she does to keep his memory alive through her support of PanCAN and the pancreatic cancer community.

He was always getting her in trouble.

“Good trouble,” Lisa Niemi Swayze says. He kept her on her toes.

He once wanted to learn to fly an airplane. “Hmmm,” Lisa thought. In no time they had purchased their own plane.

Lisa took flying lessons with him, surprising herself just a bit. Today she’s a commercial pilot. 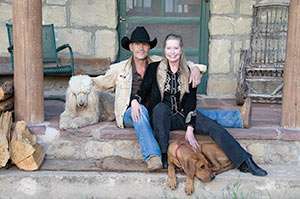 Another time, on a whim, he daringly suggested they ride their horses into the highest hills near their home. Not fully convinced it was his best idea, suddenly there she was, clambering up the rocky path beside him.

This was Patrick Swayze.

Adventurous, unpredictable and full of zest. Tough, and a fighter – just like many of his acting roles. The perfect blend of strength and vulnerability.

Just before he died of pancreatic cancer, he told Lisa, “I’ve had more than nine lives.”

Lisa knew his – their – life had been remarkable. She was grateful they had 22 months after his stage IV diagnosis, not three to six, like the doctor had said.

Now, more than a decade later, Lisa keeps Patrick’s fight going through her support of the Pancreatic Cancer Action Network (PanCAN). It’s not easy – sometimes she feels she’s reliving the hardship and grief all over again.

“It was unfair that Patrick died of pancreatic cancer, and it’s unfair that thousands more will die this year. But for those of us left in the wake, it’s up to us to push for change. Even if it takes a little piece of our hearts to do it, it’s worth it.”

Lisa knows change is happening. Though pancreatic cancer is a tough disease to crack and progress is incremental, even Patrick’s former doctor has encouraging news. She checks in with him to get updates on research and treatments.

“He thinks we’ll see a tremendous breakthrough in our lifetime – something he wasn’t able to say 10 years ago.”

Lisa passes on this kind of hopeful news when she learns of someone in her circle who has been diagnosed or has a relative who has. There are more options than ever before, she says.

“I can’t tell you how many people have asked me for guidance. I tell them to come out guns blazing and not to give up. And to get in touch with PanCAN. They can talk to a compassionate human being and get personal, multi-faceted information. That’s huge.” 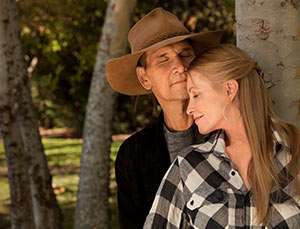 She also tells them she has faith in the hundreds of researchers PanCAN has funded who are studying the disease. Scientists working to find answers in early detection, patient testing and its role in guiding treatment options, and other promising paths, including more clinical trials than ever.

It takes just the right amount of strength and vulnerability – this time, from Lisa – to keep fighting for a better future for patients and families, but if that’s what Patrick’s having pancreatic cancer was all about, she’ll keep doing it.

On their ranch in New Mexico, there are reminders of Patrick everywhere.

Her horses are free to roam the property and they’ll walk right up to her porch to say hello. She can’t help but think how Patrick – a curious free-spirit and free-thinker – would love that.

And what he would think of her, continuing his fight, all these years later.

“A part of him would say, ‘Please don’t hurt about this anymore,'” she said.

“And another part would say, ‘Girlfriend, I know you’ll kick ass. Keep going.'”

That’s what Lisa is doing.

Make a gift of any size today and speed progress for patients. All of PanCAN’s innovative scientific and clinical research initiatives, as well as its Patient Services for patients, caregivers and loved ones, are funded by generous donors.
Share  Tweet
More on:
You may also be interested in...