Share  Tweet
When my husband Stanley was diagnosed with pancreatic cancer in 1997, the doctor estimated that he had three to six months to live. He almost made the six-month survival mark.
Stanley was a quiet man, but when you least expected it he would throw out a zinger of a one-liner that would crack everybody up. His sense of humor was unexpected, but it made an impact.
His pancreatic cancer diagnosis was equally unexpected and impacted our lives beyond imagine. 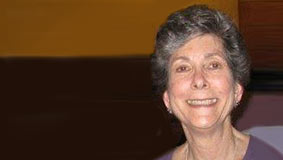 In need of support and desperate for reassurance that I wasn’t the only one devastated by pancreatic cancer (it certainly felt like it at the time), I soon found a local group that led me to Pamela Acosta Marquardt and the first An Evening with the Stars gala. Two years later, Pam went on to found the Pancreatic Cancer Action Network, and today An Evening with the Stars, the event she started, still raises funds to fight pancreatic cancer.
I’ve attended the Pancreatic Cancer Action Network’s annual gala ever since—with the exception of last year when I was on my honeymoon with my new husband and constant supporter, Jack. I always look forward to the gala. It is one of the times each year in which I show my support for the work the organization does through my financial donation.
Over the years, I’ve also found that giving the gift of my time is very fulfilling and meaningful. Along with others I met who had been touched by pancreatic cancer, I started what is now called the National Capital Area Affiliate in the Washington, DC area. I served as Affiliate Coordinator for that volunteer affiliate for many years. I also volunteered to start and run the national store for the Pancreatic Cancer Action Network, today known as Shop Purple.
The feeling of contributing to the big picture—both financially and through volunteering—is a large part of what helped me heal. I’ll never forget being a part of the first PurpleStride in Washington, DC, several years ago and seeing a massive sea of purple enveloping Pennsylvania Avenue. What a sight!
It’s been 15 years since I lost Stanley. My involvement in the work of the Pancreatic Cancer Action Network was certainly not anticipated, but it has impacted me for the better. It saved me when my husband died. It gave me a place to funnel my energy and anger.
The pancreatic cancer community and the Pancreatic Cancer Action Network have come so far—drawing more scientists to the field to study the disease, providing more support for patients who have been diagnosed, and creating more awareness nationwide—and the roles that so many people have played in that progress. When you make a financial donation, volunteer or participate in an event with the Pancreatic Cancer Action Network, you can be sure your gifts are going toward something important.
Share  Tweet
You may also be interested in...