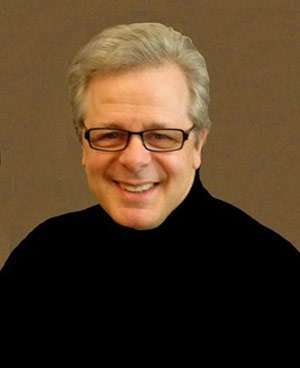 Jane’s husband, Jim Aylor, passed away of pancreatic cancer in 2013.

Live. Laugh. Love. Those were the three simple, yet powerful, words that Jim Aylor lived by.

He lived life to the fullest. He traveled to Paris and Hawaii and enjoyed the beautiful landscapes of Maine and Telluride, Colo. Not even a pancreatic cancer diagnosis could get in the way of that.

His wife, Jane, remembers how he was always positive and had friends and loved ones surrounding him.

“What I miss about him most is that he could make me laugh and was able to deal with obstacles in a positive way,” Jane said.

“He was very warm, outgoing and lit up the room everywhere he went. During his diagnosis, people would come over to spend time with him and watch the Washington Redskins games and Notre Dame football. People just wanted to be around Jim.”

Jim was very active and had a very healthy lifestyle, so when he was diagnosed with pancreatic cancer in 2012, it was a complete shock, Jane said.

The couple consulted specialists at Johns Hopkins University in Baltimore, at Georgetown Hospital in Washington, D.C., and with the doctor who would become Jim’s oncologist. All were in agreement that he must begin chemo immediately.

“We were devastated and shocked that this cancer had gone undetected for months despite numerous blood tests,” Jane said.

“The chemo was very difficult—every two weeks he spent six hours in the doctor’s office. Through it all he stayed positive and was determined to beat the cancer.”

Jane worked for a media organization, and doing research was second nature to her. After Jim’s diagnosis, she immediately did everything she could to learn about the disease.

“The oncologist’s office didn’t have any material to offer us. I was desperate for something concrete that would provide answers,” Jane said. 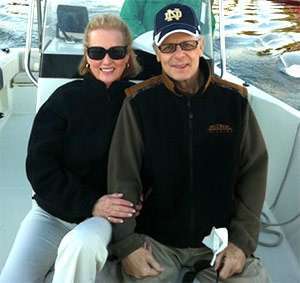 Jane and Jim in September 2012 vacationing in Maine and visiting dear friends. Maine was one of Jim’s favorite places to visit.

It was through her research that she discovered the Pancreatic Cancer Action Network.

“Within days of reaching out, I received a packet of comprehensive material that provided answers to our many questions. Shortly thereafter, I received a phone call from a PanCAN Patient Services Case Manager to see if the material was helpful. We finally had support from a trusted resource and were so grateful,” Jane said.

“The resources informed us about various aspects of treatment, diet and clinical trials. Every two weeks when I accompanied Jim for his chemotherapy, I presented the oncologist with a list of questions and research. I was able to knowledgably discuss medication and treatment options.”

Unfortunately, Jim passed away in January 2013, nine months after his diagnosis.

Determined to carry on his legacy, Jane formed Jim Aylor’s Family and Friends team for PurpleStride Washington D.C. Three years in a row, this team has been a top fundraiser and has raised over $50,000.

Jane is also optimistic about the Pancreatic Cancer Action Network’s Precision’s Promise, which is the first large-scale precision medicine clinical trial for pancreatic cancer patients. She knows that Jim would be enthusiastic about this robust new initiative.

Precision Promise requires a significant amount of donor funding, which is why, in addition to Jim Aylor’s Family and Friends team participating in PurpleStride, Jane made a significant three-year commitment to advance Precision Promise. Through her personal philanthropy, she is partnering with the Pancreatic Cancer Action Network to change the future for pancreatic cancer patients, families and caregivers.

“Jim would be grateful for the progress being made in the pancreatic cancer field, and he was especially aware that clinical trials are the key to discovering new treatment options,” she said.

“Pancreatic cancer demands attention. I’m supporting this cause in memory of Jim and for everyone who has been impacted by this disease.”

Wage Hope like Jane by making a donation and moving progress forward in the fight against pancreatic cancer. Also, check out how to get involved in your community.